Panchsheel of the Facebook Epoch. Five milestones of N. Modi’s visit to China

The five famous principles of peaceful co-existence, or Panchsheel in Sanskrit, were first set out in the Indo-Chinese agreement of 1954. Then the People's Republic of China and the Republic of India – two young states in the developing world – resolved the conflict over Tibet and unexpectedly became political trendsetters. The first visit to China of India’s Prime Minister Narendra Modi after his coming to power cannot boast such a memorable political “meme” as Panchsheel, although it has afforded enough ground for talking about the new nature of bilateral relations.

The five famous principles of peaceful co-existence, or Panchsheel in Sanskrit, were first set out in the Indo-Chinese agreement of 1954. Then the People's Republic of China and the Republic of India – two young states in the developing world – resolved the conflict over Tibet and unexpectedly became political trendsetters. The principles of Panchsheel reflected the new reality of international life. Forming the basis for the Non-Aligned Movement, countries in Asia and Africa, as new subjects in the period of world politics that emerged after World War II, declared their rights and desire to develop South-South cooperation. In 1955, these five principles laid the foundation of the final document of the Bandung Conference, the 60th anniversary of which was celebrated in April in Jakarta.

The first visit to China of India’s Prime Minister Narendra Modi after his coming to power cannot boast such a memorable political “meme” as Panchsheel, although it has afforded enough ground for talking about the new nature of bilateral relations. It is quite noteworthy to highlight five issues, which, in my opinion, vividly describe from different perspectives the current relationship between these already mature and fast-growing Asian giants.

Protocol is not dogma 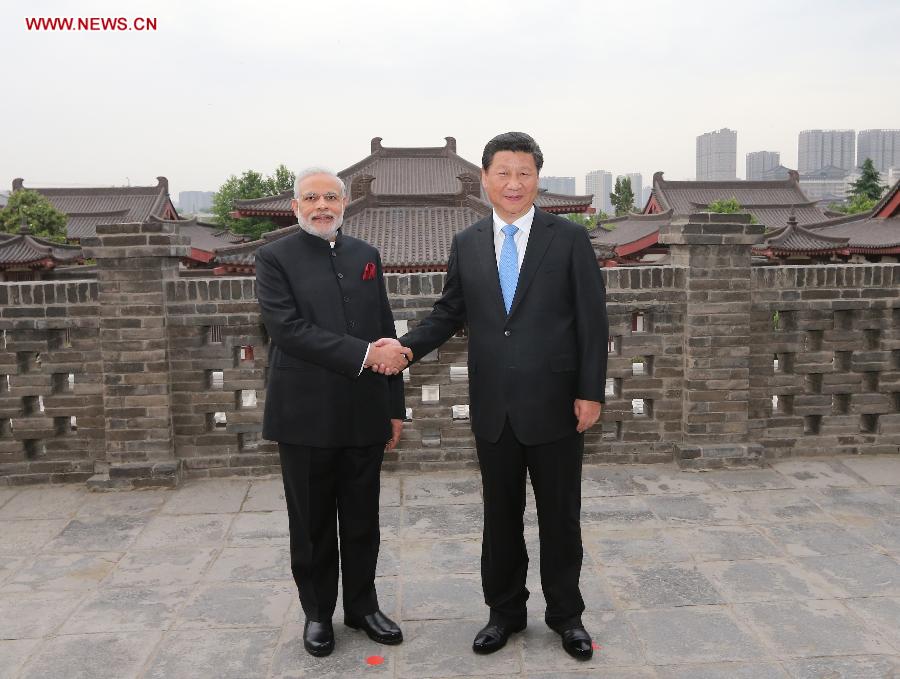 The trip of Premier Narendra Modi started not with Beijing, but with Xi’an, an ancient city in the northwest of China, which used to be the capital of the country under several of the most important dynasties in Chinese history (the hosts clearly wanted to emphasize the fact that India and China were both ancient civilizations). Another symbolic connotation, important in terms of promoting China’s recent initiative of the Silk Road Economic Belt, is that Xi'an is believed to be the starting point of the historical Silk Road. And finally, the third symbolic point is that Xi’an is located in the Shaanxi Province, the home place of the Chinese President. Although Xi Jinping was born in Beijing, his Lao Jia (Old house in Mandarin) is in Shaanxi Province, the place of the origin of his father Xi Zhongxun’s family. Such places have sentimental value and are cherished by the Chinese, who would like to show them to close friends.

Xi Jinping, in a break from protocol, welcomed Narendra Modi at the first stop of the latter’s tour of China. During the visits of the prime ministers of China's important partner-countries, the Chinese President usually holds a meeting with them, but it happens after an official meeting at the building of the National People's Congress (or indoors in bad weather). Moreover, the heads of government are met by the Premier of the State Council of the PRC, who together with the ministers conducts the main talks.

During the visit of Narendra Modi, Xi Jinping showed a large amount of respect to his guest. Incidentally, during the visit of the Chinese President to India in September 2014, the Indian Prime Minister also gave him a special personal welcome, and Xi Jinping’s tour began with Modi greeting him in his home state, Gujarat.

World publications have eagerly published a picture of the two premiers that Narendra Modi took with his device after talks with Li Keqiang which was immediately liked on Facebook by its founder Mark Zuckerberg. The Indian Prime Minister’s debut on China’s social media platform Sina Weibo as well as his emotional speech at Tsinghua University, Xi Jinping’s alma mater, suggests that N. Modi intends to give a renewed impetus to relations between the two countries, or, in computer terms, to release an upgrade, based on the growing role of the two countries in international affairs. Addressing the students of Tsinghua University Indian Prime Minister noted that the future of the two countries is deeply interconnected.

The economy continues to cement Indo-Chinese relations, which is highlighted by the signing of an extensive package of agreements on economic and scientific-technical cooperation.

The economy continues to cement Indo-Chinese relations, which is highlighted by the signing of an extensive package of agreements on economic and scientific-technical cooperation. During N. Modi’s visit, the Parties signed 24 intergovernmental agreements in Beijing, including ones on cooperation in the spheres of education, of space exploration and of mineral resources extraction. In addition, following the meeting of Narendra Modi with the leaders of the Chinese and Indian business in Shanghai commercial contracts were signed for 22 billion dollars. The problems in bilateral trade were not overlooked either: India and China decided to establish a working group on economic issues. Among other things, the Group will address the problem of India’s chronic deficit in trade with China, which currently amounts to $40 billion.

The friendly and constructive atmosphere of the visit did not interfere with discussing thorny issues in the most sensitive area of political and strategic mutual trust. According to Narendra Modi, during talks with senior Chinese leaders, he emphasized the need for China to reconsider the approach to certain issues that hindered the realization of the full potential of relations. The Indian Prime Minister invited the Chinese partners to jointly address the issues that “lead to hesitation and doubts, even distrust.” According to experts, this primarily concerns China's economic projects in Pakistan that are likely to be built in disputed territories in Kashmir. In his turn, Xi Jinping called for “working together to strengthen mutual trust, ensuring that the differences in the positions of the two countries and the problems existing between them do not interfere with the development of bilateral relations.” 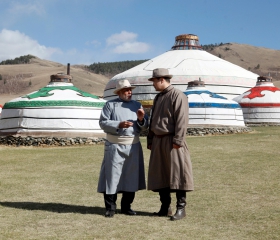 Western political scientists have produced a pile of literature about the prospects of Chindia, an alliance between the Chinese dragon and the Indian elephant. It looks more like a fantasy, but the distance that separates the interests of India and China in global and regional affairs, is indeed decreasing. However, the political leadership of both countries understands the illusory nature of any artificial structures, and focuses not on complete coincidence of interests, but on promoting pragmatic cooperation and reinforcing the current mechanism of Indo-Chinese cooperation. Relations with third countries are viewed as a kind of a balancer: the close “all-weather strategic partnership” between Beijing and Islamabad is counterbalanced by India’s strategy of developing relations with the countries of Northeast Asia. It is no accident that N. Modi’s visit to China was followed by no less substantive talks of the Indian Prime Minister in Ulaanbaatar and Seoul. We can assume that this will intensify competition, but on the other hand, the activity of the two countries in Asia will expand the scope of the harmonization of their interests. From this perspective, it is important how the Chinese concept of “One Belt, One Road” and N. Modi’s Project Mausam, designed to strengthen ties between India and the countries of the Indian Ocean, will correlate with each other. In this respect, India’s enthusiastic approval of the Chinese idea to establish the Asian Infrastructure Investment Bank encourages optimism.