The world is definitely going through hard times, with the price of every missed opportunity potentially very high indeed. With official dialogue either nonexistent or feeble, tracks 1.5 and 2 inevitably move to the forefront. Efforts by experts and think tanks are acquiring added value, as they offer a vehicle for maintaining an open dialogue and producing concrete ways of returning the situation to normal and improving relations in the longer term.

In early October, Prime Minister of Luxembourg Xavier Bettel visited Sochi to meet with President Vladimir Putin and Prime Minister Dmitry Medvedev, in the capacity of a leading international political figure because his small country is presiding over the European Union and can wield more influence in the EU agenda.

The Luxembourg Embassy and Russian International Affairs Council gathered several European ambassadors and experts together in a meeting behind closed doors to mull over the ways out of the deadlocked relations between Russia and the European Union.

Participants suggested that waging war against a common foe in the form of Islamic State, which is banned in Russia, is unlikely to help Russia and the West overcome their differences. Today, this relationship seems to be in the middle of the deepest decline in recent history, coupled with a crisis of confidence that emerged long before the Ukraine events. The Ukraine conundrum could have been avoided had the parties trusted each other. This environment is exacerbated by the sanctions war, and the additional hardships that inflicts on Russia.

Numerous mistakes had been before the Ukraine crisis developed, as many respected European politicians warned that Russia would not accept EU neighborly initiatives such as the European Neighborhood Policy and Eastern Partnership, viewing them as precursors of EU and then NATO accession for Georgia, Moldova and Azerbaijan. These projects indeed sparked concerns in Moscow and unfortunately some of these concerns materialized.

The eruption of the Ukraine crisis shone a spotlight on the inefficiency of the very international institutions charged with maintaining security and communication channels in the European space, including the Russia-NATO Council set up in 2002 to deliver permanent contact and crisis prevention, and the OSCE, which also seems the only hope for diplomacy. 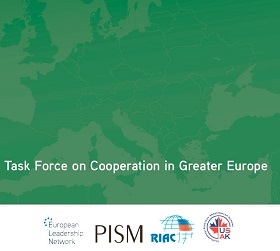 Avoiding War in Europe: How to Reduce the Risk
of a Military Encounter Between Russia and
NATO

The very concept of building a Greater Europe is increasingly coming under fire. In fact, it is hard to imagine a common values-based space stretching from Portugal to Russia and from Norway to Turkey with divided Ukraine right in the middle. And it seems absurd that this gap could become permanent if countries on opposing sides of Ukraine’s barricade give up on the idea of common interests, approaches and challenges.

Migration is just such a challenge, since the voluntary or forcible movement of people is increasingly being seen as a test for Europe as a whole. The situation is so nuanced that the EU is even mulling the idea of restoring Schengen area borders, even though it is a symbol of Europe’s commitment to the free movement principle. No solution to the refugees’ problems is apparent, prompting some pundits to suggest that events on Europe’s southeastern borders pose an "existential challenge to the EU."

Is there a chance that the European space will survive? In 2016, Germany will chair the OSCE for the first time in its history, a fact that seems odd since the organization is normally led by a second-tier state. Following the frustrating 40th anniversary of the Helsinki Act, many expect a fresh impetus from the OSCE’s Berlin summit. If reconciliation could not be achieved on a key date, there is still the chance that this influential chair may be able to achieve it. The summit could become an opportune venue to switch from confrontation to full-fledged cooperation, however utopian it may seem. The OSCE chairmanship will then pass to Austria, a country well-known for peacemaking in foreign policy.

It would be beneficial for Russia, the EU and the United States to preserve cooperation through the remaining channels of communication, such as the OSCE and the Council of Europe, as well as sub-regional structures such as the Black Sea Cooperation Organization and the Arctic Council. These venues are unlikely to achieve a complete normalization of relations but may at least prevent further deterioration, and that would not be a bad result, given the circumstances. 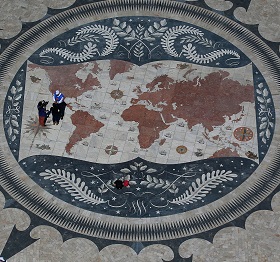 The world is definitely going through hard times, with the price of every missed opportunity potentially very high indeed. With official dialogue either nonexistent or feeble, tracks 1.5 and 2 inevitably move to the forefront. Efforts by experts and think tanks are acquiring added value, as they offer a vehicle for maintaining an open dialogue and producing concrete ways of returning the situation to normal and improving relations in the longer term.

The Russia-West dialogue appears in such deep trouble that the goal now is to prevent acute conflict rather than to make relations healthier. A recent statement by former top European officials and diplomats (Avoiding War in Europe: How to Reduce the Risk of a Military Encounter between Russia and NATO) proposes urgently convening the Russia-NATO Council and signing a memorandum of understanding outlining behaviors for secure interaction in the air and at sea.

The document stresses that the situation risks generating numerous risks and "dangerous miscalculations", as well as "unforeseen incidents" if Russian and NATO military forces were to come into contact. That scenario may only deepen the ongoing crisis. And the document seems ever more significant against the backdrop of Russia’s campaign in Syria, where an international coalition with NATO participation also operates.

Of course, an incident involving Russian and NATO combat aircraft is not particularly probable, although the odds are certainly above zero. And if such a collision may cause a conflict between nuclear powers, it must not be ignored irrespective of however likely or unlikely it is thought to be. The parties should recognize that a military conflict between Russia and the West is possible, and they should therefore take steps to obtain safeguards against any incidents, after which levelheaded negotiations may become a realistic option.