Elected UMP Chairman and Back in the Game

In the midst of the pause in French politics and scarce global events, it was the high-profile Bygmalion affair that again put Sarkozy at the centre of the media’s lens. The scandal broke out in May-June 2014 soon after the European Parliament elections. Suspicions about murky financial reporting in the Union for a Popular Movement (UMP) and links to its leader Jean-François Cope emerged in February-March that year. But two months later it emerged that in 2012 the Cope-related Bygmalion communications agency had handled Sarkozy's campaign and transferred sums in excess of campaign needs. This news only served to fuel the war between the party leaders that had been smoldering since the 2012 defeat. The UMP was plunged into crisis, necessitating an urgent search for new approaches to intraparty governance and a fine-tuning of ideological attitudes.

Although the Sarkozy connection seemed indisputable, rumors about his yearning to come back to politics were flying. In fact, some even pre-dated the election row that lasted throughout 2014, fueled in part by his attendance at a meeting held by rightwing candidate Nathalie Kosciusko-Morizet in Paris on February 10, 2014. It was a scoop that reignited public interest in the former president. On the eve of the municipal elections’ first round, Sarkozy published his ruminations on the state of affairs in France in Le Figaro daily, adding more fuel to the fire of the already-fierce debate. When the Bygmalion-related suspicions peaked, Sarkozy gave a prime-time interview to TF1 channel to dispel the public mistrust. Later he announced running for the UMP chairmanship - and thus the gossip about his resurgence seemed to become reality.

The new line adopted by Sarkozy, albeit with some reservations, appears open to contact with the center and may well lure the entire centrist camp over to the rightwing, generating a tangible advantage for the 2017 elections.

Back in politics, the ex-president quickly found both supporters and opponents. The first group included followers such as former ministers Nathalie Kosciusko-Morizet, Christian Estrosi, Nadine Morano and Valerie Pecresse. The opposing camp included Hervé Mariton and Bruno Le Maire, direct rivals for the UMP leadership, as well as François Fillon and Alain Juppe, who appeared ready to face Sarkozy in the 2016 primaries. The ex-president immediately launched a two-month-long campaign based on the proven format of mass rallies gathering supporters all over France. Of paramount importance was the Paris event on November 7, 2014, where the candidate outlined his vision of the Republic and its ideals, laying the foundations for a new UMP – newly reinvented as a republican force. And only a few minor episodes tarnished his campaign.

Over time, Sarkozy expressed his views on all key issues for the right, i.e. the commitment to holding open primaries in 2016 and a possible alliance with the centrists. He also proclaimed the consolidation and integrity of the party, and launched the drive to restore the status of the powerful republican force, symbolizing order, jobs, success, security, in short: a strong France in a strong Europe.

The electronic vote last November 28-29 brought him the expected victory with 64 percent of the vote in the first round, after which the winner immediately gave start to the promised party changes entrusted to Kosciusko-Morizet and Laurent Wauquiez, the new General Secretary. 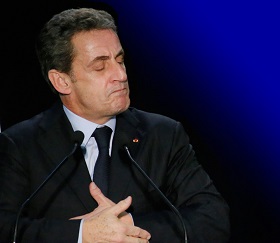 Sarkozy's return began a new chapter for France’s right-wing. First, his election has drawn the line under the UMP turf wars and the Bygmalion affair. Second, the party leadership was overhauled both in structure and composition. Third, the party acquired an unquestionable and legitimate leader, who has made it possible to distinctly and consistently formulate the party's ideas and initiatives.

UMP leaders and rank-and-file members have received a new purpose in the party’s renovation and transformation into "a political force of the 21st century", underlining the importance of the developments described in the national debate, since neither the Socialist Party nor National Front had ever vowed to shift the initiative from its top brass to the grassroots. Hence, this really was a serious attempt to shed the backroom governance approach and distribute powers. Sarkozy's chairmanship chiefly involves supervising this intraparty development and outlining new vistas rather than becoming the personification of the rightwing spectrum. Hence, this party style seems to be, if not completely new in French politics, then it at least delivers a radically changed UMP that is fundamentally different from other forces.

The UMP’s new agenda focuses a lot of attention on cooperating with the centrists, some of which, i.e. the Democratic Movement, in 2012, came out for François Hollande but later preferred alliances with the right at the local level. Others – the Union of Democrats and Independents – have traditionally been closer to the UMP. However, the new line adopted by Sarkozy, albeit with some reservations, appears open to contact with the center and may well lure the entire centrist camp over to the rightwing, generating a tangible advantage for the 2017 elections. In ideological terms, this alliance should also move the UMP toward the center, transforming it into a right-of-center entity.

Should Sarkozy retake the presidency, Paris is likely to soften its stance on Moscow.

A stronger UMP would be bad news for the National Front. Before Sarkozy’s return, the rhetoric of Marine Le Pen was both harsh and increasingly attractive to the full spectrum of the rightwing electorate. In other words, had the rightists taken up the issues of public security, migration, Schengen reform etc., the far right would have stolen the agenda and monopolized the field. But it is Sarkozy who is in control of the debate now. Hence, some of Le Pen's voters might easily prefer Sarkozy, as the 2015 municipal elections clearly showed.

If Sarkozy does run in 2017, he will be in for a fight with Le Pen for the rightwing electorate. The National Front is definitely gaining ground, despite a slowdown, and may see its leader make it to the second round of the presidential ballot. Thanks to the renewed program and centrist support, Sarkozy should also be there and should be set to emerge stronger since Socialist voters would prefer the lesser evil.

Grounds may emerge for the restoration of relations between Russia and Europe, and also for the search for new dialogue formats.

Back in the game, Sarkozy saw his first major trial of strength in the departmental (local authorities’) elections last March 22 and 29. The results were strong, with 66 out of 100 departmental councils going to the UMP and its allies. Along with the massive gap between this and the Socialists, and the fact that not a single department was won by the National Front, these figures prove that the ex-president's return has indeed benefited his party.

However, there also seem to be other reasons for the rise of the right-of-center, who would have hardly triumphed in absence of widespread disappointment with President Hollande, as had been seen from the results in the 2014 municipal and European elections, when the French expressed their mistrust in the ruling majority. All in all, the balance was definitely favorable for a UMP that had just overcome a series of scandals in summer and fall 2014.

The departmental campaign outlined future trends in France. First, it delivers a strong union of the right and the centrists. The fight between rightists and the leftists for the center had dominated the 2007 and 2012 national campaigns, while now the centrists tend to ally themselves with the UMP. And rightwing leaders should remain focused in order to reap their rewards in 2017. In fact, the rightist camp seems to have enlisted the overwhelming support of the Union of Democrats of Independents and of the Democratic Movement in several regions [1]. 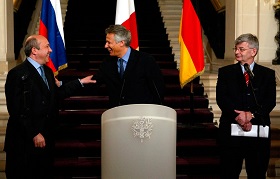 Although Sarkozy remains silent about his participation in the UMP presidential primaries, he is likely to run, as was the case with his return to politics. Of course, there also are established candidates such as Juppe and Fillon, and other figures may also emerge. But Sarkozy definitely enjoys a firmer standing thanks to his legitimized leadership after the March 29 victory. More clout is expected from his ideas of the national unity, rejecting the disastrous party wars and intransigent confrontations, as well as from centrist support. These factors should have an impact both during the primaries and during the elections. The successful realignment of the UMP is crucial, as it takes power to the grassroots, engages the rank-and-file and sports openness to improve its chances at the regional elections next December and in the 2017 national race.

These developments should also interest those further afield. If Sarkozy appears a solid presidential candidate, Russian politicians and pundits should focus on all UMP-related issues, since in addition to graphic party-building and campaigning feats, Sarkozy is known as a foreign policy achiever. As has been noted, the rightists allocate France a special place in the world and the relevant responsibility, which is also the approach taken by the party leader who is unlikely to change his tune on this any time soon.

Sarkozy is known for his penchant for bilateral relationships, including with Moscow, and has repeatedly underlined his respect for Russia and its leaders, viewing the country as a key player on the European political scene, indispensible in terms of continental security. He virtually supported the Crimea transfer and protection of Russian speakers in Ukraine. Should Sarkozy retake the presidency, Paris is likely to soften its stance on Moscow. At least, France would be more understanding of Russia's attitude to the Ukraine issue. Should Sarkozy convince other continental leaders, Europe as a whole may also become more understanding. Consequently, grounds may emerge for the restoration of relations between Russia and Europe, and also for the search for new dialogue formats.

Hence, Moscow should not limit its quest for support in the West to the National Front and Le Pen. Although the views of Sarkozy and Russian leaders hardly coincide to the letter, he may be of help not only over Ukraine but also on other critical issues such as the Russia-EU energy dialogue, Arab-Israeli tensions, and relations with Iran. Finally, a stronger bond with the French establishment is sure to improve Russia's attractiveness and invite French capital. Mutual understanding at this stage would also improve the prospects for 2017-2022 as Sarkozy may as well win the second presidency.

1. The term republicans was frequently used to describe the rightist-centrist alliance and is likely to be exploited in the new UMP title.