There are now fewer people speaking Russian around the world, and the number of experts on Russia is on the decline. Russian universities will clearly have a hard time competing against the top British and US schools and could focus on areas in which they are recognized as leaders.According to the discourse both within and beyond Russia, the two key issues the country is facing and has yet to resolve are diversification and reputation. The role Russian universities could play in fixing these two issues can hardly be underestimated.

There are now fewer people speaking Russian around the world, and the number of experts on Russia is on the decline. Russian universities will clearly have a hard time competing against the top British and US schools and could focus on areas in which they are recognized as leaders.

According to the discourse both within and beyond Russia, the two key issues the country is facing and has yet to resolve are diversification and reputation.They have all but displaced the good old adage that the two main problems in Russia are fools and roads which, in contemporary parlance, stands for management and infrastructure. Diversification means moving away from an economic model based on commodity exports, and implies modernization, innovation and investment in human capital. The issue of reputation is about fixing up Russia’s image abroad. Even before the crisis in Ukraine, the situation there could already have been characterized as negative − there simply wasn’t enough information about Russia and of course the void was immediately filled by an entire slew of stereotypes. After 2013 the global media landscape became outright negative for Russia. The situation was made even worse by the fact that there are now fewer people speaking Russian around the world, and the number of experts on Russia is on the decline.

The role Russian universities could play in fixing these two issues can hardly be underestimated. In terms of making the economy more diversified, they are the main suppliers of educated professionals and new solutions. Universities can also export their educational and R&D services, although these exports would hardly compare to oil and gas sales. But even if university exports could generate as much as arms or agricultural exports, it would already be a huge victory. 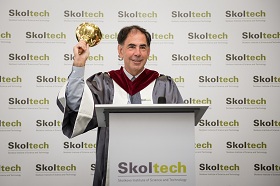 sk.ru
Edward Crawley:
“It’s a matter of research, not search”

Universities can also make a major contribution to improving the country’s reputation. In fact, academic institutions are a breeding ground for specialists with wide networks of business ties who know their country well. This is an indispensable element of soft power, which by the way is not the same thing as propaganda. After all, the university culture is based on the principles of rationality, which by definition implies critical thinking. A critical and at the same time unbiased perspective on Russia is a powerful tool for improving Russia’s image. Its outreach may not be as far reaching as that of the media. However, universities tend to attract proactive young people who are interested in the country they live in, its achievements and possibilities. This is the very creative minority that could play a bigger role than the passive majority.

That said, universities have found themselves in a rapidly changing technological and social environment, which creates a number of challenging dilemmas for the academic community. This calls for fundamental changes. Not only Russian, but also foreign schools have to face up to these challenges.

The first dilemma universities have to deal with has to do with striking a balance between market and non-market aspects of education. On the one hand, universities are increasingly regarded as business ventures operating in a market environment and relying on marketing and management tools. Creating so-called diploma mills is not an uncommon strategy. The market approach usually enjoys better odds of success in areas dominated by private institutions from the outset. However, there are limitations to this model. If a profession or discipline becomes irrelevant for the market at a certain point, it must be closed along with related research projects, and revived once the demand recovers. In real life, academic and educational institutions cannot afford to operate in such a manner, if only because building functional academic and educational infrastructure and teams can take decades. Moreover, many disciplines behind today’s economic growth did not play this role in the past. 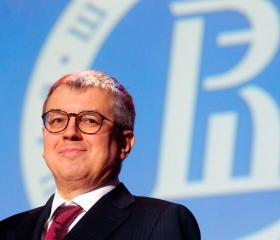 Many of them were developed as part of defense programs or other state-sponsored projects. It is also worth noting that the path to success in applied research often lies in fundamental studies. By the same token, applied subject areas can hardly exist without basic theory. Market mechanisms are simply inadequate when it comes to assessing whether a theory is useful or not. The bottom line is, an unregulated market-based approach leads to a decline of fundamental research, which in turn inevitably affects applied research institutions. Consequently, a country can hardly run education and research as purely a business project. The government would have to chip in by investing in long-term interdisciplinary projects, fundamental research and education. It is in this respect that Russian universities have a serious edge. In Russia, fundamental research is still quite good, thereby creating a favorable environment for developing applied research projects. The issue here is one of arming universities with effective mechanisms. Public universities are mostly managed like any other public institution, with few incentives for creating efficient market-oriented programs. It is not easy to be an entrepreneur, a scholar and a manager at the same time. But in today’s competitive world, universities face the challenge of assuming all three of these roles.

The second dilemma has to do with making a choice between the domestic and the foreign market. Universities used to be focused on the domestic market, offering their curriculum in the national language. This is especially true for Russia’s education system. Furthermore, many schools were formed back in Soviet times, when the country was not as open as it is now. But the situation has started to change in the last two decades. In a number of developing countries there is now demand for quality higher education that cannot be met domestically. This has led to a surge in educational mobility. The economy, not politically motivated exchange programs, have been driving this change. With international business communication increasingly being carried out in English, Anglo-Saxon universities received a serious competitive edge on the international market.

Other universities in continental Europe, Asia as well as Russia had to adapt to two challenges. The first and the most obvious one is the fight for global consumers of educational services. The second, less obvious one, consists of having to compete domestically. So far, this market has not been facing that big of a threat. However, if globalization continues at the same pace, universities will lose a portion of their traditional domestic audience and will have to come to terms with this development. 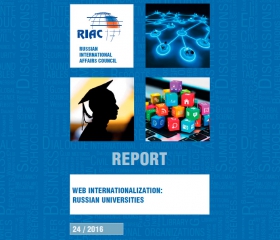 Universities have a choice of two strategies in this respect. The first one consists of attracting foreign students to learn their national language and study in it. This model works if a graduate sees career opportunities in this very country, or if the knowledge and skills acquired are of such a high quality that a graduate can aspire to a successful career abroad. The second strategy is to introduce English-language programs, including by inviting foreign (English speaking) faculty. This model sells better, since students do not have to spend time mastering a foreign language. At the same time, translating programs into English can also be challenging. The only way out is to make the most popular programs international or have specific programs tailored to the needs of foreign audiences.

The third dilemma is combining traditional in-class education with state-of-the-art online learning methods. Online education is gaining momentum, reducing logistics costs, removing the need to be present on campus and making it easier to combine study and work. This kind of education obviously does not replace the traditional in-class curriculum, where direct interaction between teacher and student still matters. What it does is create a new niche that will inevitably draw consumers from more traditional educational frameworks. The deeper younger generations become submerged in the digital world, the more successful online education will become, by making efficient use of digital technology. With English dominating the educational market, major English-language universities could transform themselves into global educational hubs, seizing the initiative once and for all.

In this situation, Russian universities could focus on areas in which they are recognized as leaders. It is in these areas that new educational methods and efforts to promote them abroad could yield the best results. A number of other disciplines focused on “domestic” research are also in need of such investment.

Rate this article
Share this article
FOLLOW THE LATEST DEVELOPMENTS
Tags
Soft Power, Education, Universities, Russia
Reader's choice
HideShow
Stanley R. Sloan: A New U.S. Administration Will Have Much Work to Do in Rebuilding European Faith in American Leadership
How the Pandemic Will Change EU-Russian Relations
The World after START
Recommendations for American Policy and Priorities Towards Russia
The Third Neighbor: Can America Live With Putin's Russia?