Italian Referendum Result: A Headache for Rome, or for Brussels?

From the dim and distant days of the early Republic up to the era of the late Empire, the bright red standards of the Roman legions always bore four big letters embroidered in gold — SPQR. Historians still disagree over what this abbreviation means, but the majority share the view that SPQR stands for Senatus Populus Quiritium Romanus or Senatus Populusque Romanus — the Senate and Citizens of Rome or the Senate and People of Rome. It is significant that both these phrases start not with “the people” or “the citizens” but with “the Senate” in the sense of the chief symbol and foundation of Roman statehood. It was against the Senate — to be precise, the Italian Senate rather than the Roman one of old — that Prime Minister Matteo Renzi pitted himself in the 4 December referendum.

Osip Mandelshtam From the dim and distant days of the early Republic up to the era of the late Empire, the bright red standards of the Roman legions always bore four big letters embroidered in gold — SPQR. Historians still disagree over what this abbreviation means, but the majority share the view that SPQR stands for Senatus Populus Quiritium Romanus or Senatus Populusque Romanus — the Senate and Citizens of Rome or the Senate and People of Rome. It is significant that both these phrases start not with “the people” or “the citizens” but with “the Senate” in the sense of the chief symbol and foundation of Roman statehood.

It was against the Senate — to be precise, the Italian Senate rather than the Roman one of old — that Prime Minister Matteo Renzi pitted himself in the 4 December referendum. He was proposing that the Senate change from an influential directly elected legislative body into a primarily advisory institution akin to Russia’s Civic Chamber. Its numbers would be reduced from the current 315 to 100, and the new Senate’s main function would be to represent the views of the municipalities and regions to the national government.

It’s important to note that while the destruction of the Senate was Renzi’s most obvious aim, it was not his main goal. The referendum was seen as a key stage in the long series of steps towards constitutional reform that had been taken by the Renzi cabinet since the spring of 2014. The overall reform strategy — to centralise the system of state administration, to strengthen the powers of the national government, to consolidate the political parties and to increase the efficiency of the legislative process — was entirely in line with the ideology of the new generation of Italian technocrat politicians. To be fair, it’s difficult to call the system ideal when the seventy years since the end of the second world war have seen sixty-five changes of government in Italy! 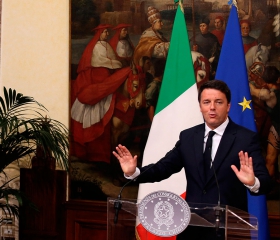 REUTERS/Stefano Rellandini
Daniele Fattibene:
Sanctions on Russia: the Risk of a Divided
Europe

Victory in the referendum would not only have given the Renzi cabinet a renewed mandate to carry out further political and economic reforms but would also have substantially strengthened Rome’s position in the European Union — especially in the context of growing social and political instability in many EU countries. The prime minister had already claimed that a favourable outcome to the referendum would mean “Italy would become the leader in Europe”. He also hinted that in time Rome could become the rallying point for a significant proportion of the European South, which would then be in a position to challenge the European North for the leading role in the EU.

Germany’s Chancellor Angela Merkel may today be breathing a sigh of relief — there is no threat to German leadership in Europe. Matteo Renzi has lost one of the most important political fights of his life; this was obvious as soon as the first ten per cent of the referendum votes had been counted. A “second Germany” was not going to be built on the Apennine peninsula, nor was this likely to happen in the foreseeable future, neither in the sense of Italy adopting German socio-economic practices nor in the sense of making Rome an alternative centre of gravity to Berlin for other countries. Italian society proved to be not ready for the pace of reform that the centre-left technocrats were trying hard to push it into.

The referendum was undoubtedly a powerful injection of adrenalin into the Italian political system. Passions will continue to rage, polarised emotions will continue to spill over into the newspapers and television screens, and the sixty-fifth post-war government will soon give way to the sixty-sixth, and yet it is reasonable to assume that Renzi’s defeat will create more problems for the EU than for Italy as such.

Yes, of course the leaders of the populist opposition parties and alliances (the Five Star Movement, the Northern League, Forza Italia and others) have already raised a glass of Prosecco to their major victory over the hated technocrats and their continued offensive against the centre left. But no one should expect a sharp rise in right-wing populism in Italy — these days it lacks the strong social powerbase that it has in France or Hungary, for example. In addition, the reforms Renzi has already made to the electoral system make it much more difficult for the populists to join any parliamentary coalition. The centre-left Democratic Party will most likely remain the most influential political force in the country. 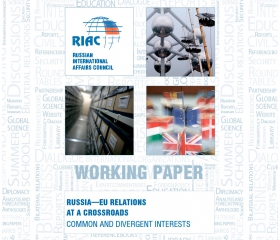 Prime Minister Matteo Renzi will of course submit his resignation to President Sergio Mattarella (although strictly speaking the Constitution does not oblige him to do this), but in the first place the wise Sicilian may not accept this resignation. Secondly, if he does accept it, it’s unlikely that it would take him long to find a suitable replacement for the outgoing premier. Even within Renzi’s cabinet there are some very worthy successors — for example, finance minister Pier Carlo Padoan or transport minister Graziano Delrio. Even for Matteo Renzi himself this resignation is unlikely to mark the end of his political life — the young and ambitious politician may well be counting on a comeback in the not-too-distant future. In any event, he has more grounds for this than the octogenarian Cavaliere — populist leader and former prime minister Silvio Berlusconi.

Yes, the pace of economic and political reform will of course slow down following the referendum; whoever takes over from Renzi will be more careful, and some of the current cabinet’s plans will probably recede over the horizon of the current political cycle, or in other words will be put back to the 2018 parliamentary elections (unless these are held earlier). Nevertheless, the majority of even Matteo Renzi’s most implacable enemies admit — reluctantly and with reservations — that by and large there is no clear alternative to his socio-economic strategy. The political fight to come will therefore focus not on rival strategies but on the best possible tactics, speed and sequence for the changes the country so desperately needs.

So the result of the referendum in Italy is likely to prove a serious headache for Brussels. The triumph of the Italian Eurosceptics will undoubtedly inspire them to new feats, including demanding another referendum — this time on taking Italy out of the EU and returning to the good old lira. It’s unlikely that such a referendum could be held in the foreseeable future, but even discussing it will cause a lot of trouble to the officials of the European Central Bank and will do nothing to build trust in the euro on global financial markets.

On top of this, a further weakening of the EU’s “southern flank”, while strengthening Germany’s already undisputed leadership in the EU, objectively makes the whole European structure more fragile and shaky. If the Paris–Berlin political axis in its current format is in its final months, if today no one wants to try to predict the result of the forthcoming election in Spain, if Greece’s economic and political future remains hazy, if Portugal’s financial position is raising lots of questions, the result of the Italian referendum has added the last touches of black paint to the already gloomy picture of the European South. Apart from everything else, the referendum result is yet another failure in the attempts to “unify” Europe according to German standards. It’s not difficult to predict that the referendum will have driven a new wedge into the longstanding split between North and South in the EU which threatens to widen it. 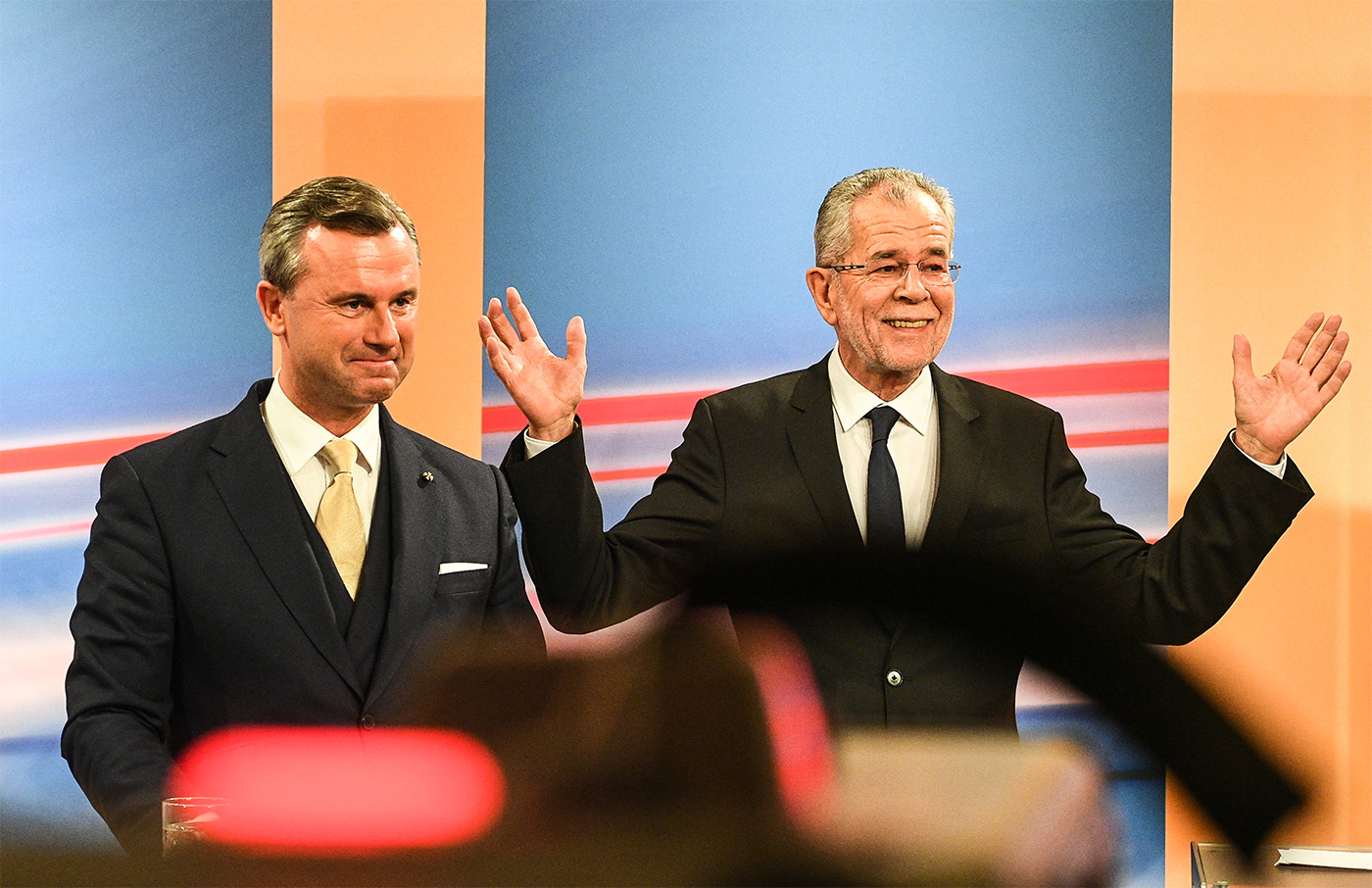 But the overall political backdrop against which the referendum was held in Italy is even more important. The Italian referendum came not long after Trump’s win in the USA, and Trump’s victory came after the Brexit vote in Britain. These three events, while having different causes, content and possible consequences, are part of the same overall trend. The West’s political, financial and intellectual establishment is suffering defeat after defeat, again and again the technocrats are giving way to the populists, the nationalists and traditionalists are squeezing the liberals and globalists in the most varied countries. The victory of former Green Party leader Alexander Van der Bellen over Norbert Hofer, the far-right Freedom Party’s candidate, in the Austrian presidential election looks more like a one-off exception to the rule than a general pattern. The best reading of this for the European Union is that the 4 December victory on the Austrian front looks like a consolation prize in the light of the bigger defeat in the Italian theatre of combat operations.

And with each new defeat it is more difficult for the leaders of the European Union to attribute the unpleasant surprises they’ve experienced over the past year to unfortunate accidents, subjective miscalculations or the ubiquitous “hand of the Kremlin”. In all likelihood the coming year of 2017 will prove to be no less difficult and no more predictable for Europe than 2016. We are seeing the emergence of a new political reality in which the European Union will have to exist for many, many years. Are Angela Merkel, Jean-Claude Juncker and Donald Tusk ready to take off their habitual rose-tinted glasses and look the new reality in the face without looking away or hanging their heads?

Rate this article
Share this article
FOLLOW THE LATEST DEVELOPMENTS
Project
Russia-Italy Relations: Bilateral Cooperation and the Regional Context
Tags
European Union, Italy, Austria, Referendum, Matteo Renzi
Reader's choice
HideShow
Ukraine and NATO: Course Correction
Business and the State: Together into the Brave “Cyber World”?
A Russia-EU-Africa Energy Strategy. Nuclear and Renewable Energy Security
Migration Consequences of the “Perfect Storm”: What Effect Will the Coronavirus Pandemic Have on Migration Issues?
A Sad Anniversary: Ten Years of the Partnership for Modernization