Republican consensus holds off ultra-right offensive in French departmental elections. The results of the second round of departmental council elections held in France on Sunday, 29 March 2015 brought a dramatic change to the country’s political map. It went “blue” owing to an increase in the number of departments won by the right-wing republicans (the French media mark them in blue and the left-wing parties in red). In 25 departmental councils, chairmanship passed from socialists to the centre-right, led by the main right-wing republican opposition Union for a Popular Movement (UMP), which won the first round with 29.19% of the votes.

Republican consensus holds off ultra-right offensive in French departmental elections The results of the second round of departmental council elections held in France on Sunday, 29 March 2015 brought a dramatic change to the country’s political map. It went “blue” owing to an increase in the number of departments won by the right-wing republicans (the French media mark them in blue and the left-wing parties in red). In 25 departmental councils, chairmanship passed from socialists to the centre-right, led by the main right-wing republican opposition Union for a Popular Movement (UMP), which won the first round with 29.19% of the votes. As a result, the republican right controls 69 departments, while the ruling party, which came third in the first round with 21.85% of the votes, has only 34 departments, having lost half the departmental council members (it held 61 councils in the previous election cycle).

The ultra-right National Front, which triumphantly outstripped the Socialists in the first round, came in second with 25.85% of the votes, leaving it without a single departmental chairmanship [1]1. Having won in 326 cantons in the first round, the NF consolidated its success in only 31 councils (four in the first round and 27 in the second round) [2]2. The gap is the result of the first-past-the-post system that favours moderate parties capable of reconciling the opinions of broad and disparate groups of voters to create blocks in the second round with kindred parties, whereas the NF has no allies. The majority (first-past-the-post) system has thus proved to be an effective filter blocking the advance of the ultra-right.

This “glass ceiling” (Fr. plafon de verre – eds.) does not, however, mean that republican institutions are a guarantee against the ultra-right coming to power. The rapid progress of the National Front cannot but worry the French political establishment, as it attests to a crisis of the political system of competition between right and left, while the consensus around fundamental values, notably human rights and the social state, remains intact. In recent decades, this consensus has been shaken by the electoral gains of the National Front, the party that inherits the xenophobic, racist and anti-Semitic ideas of the opponents of the liberal republic from Action Francaise to Poujadistes, who promoted Jean-Marie Le Pen. 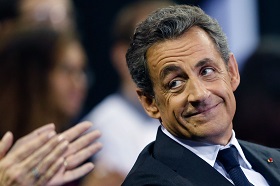 The spectacular growth of the Party’s electorate under his daughter Marine Le Pen, who now leads the party, owes much to the social despair in the face of the economic crisis that began in 2008. The NF draws most of its new votes from the protest electorate, the traditional electoral base of the left. Consequently, disenchantment with the socialists’ anti-crisis policy is the first and main reason for the growth of the ultra-right electorate, as well as the electoral defeat of the ruling socialists. They have made it their priority to cut the budget deficit to the Maastricht criterion of 3% by 2017. This is a technocratic measure requiring an unpopular austerity policy, which is resented by the masses, who feel that the interests of French citizens are being sacrificed for the sake of Brussels. This is the favourite theme of Marine Le Pen. Her pat recipes for dealing with acute social problems (mass immigration and crime control) are simplistic, so cannot be effective within the framework of republican institutions. Yet they strike a chord with the electorate disappointed with the ineffective succession of right-wing and left-wing governments. Meanwhile, the main factor that plays against the National Front’s bid for power is not the “glass ceiling” of the majority voting system, but rather the fear of most French that republican freedoms would be the price for overcoming the social and economic crisis. The main winner in the last election thus became Nicolas Sarkozy’s UMP. In these elections, unlike the socialist Prime Minister Manuel Valls, urging voters to support any candidate able to confront the NF, Sarkozy chose the “neither-nor” slogan, that is neither for the left nor for the NF (Fr. la règle du « ni-ni » - eds. Note.). This position has an eye on the 2017 presidential elections, in which Sarkozy logically has a better chance than the candidate of the Socialist Party, which is losing popularity. Against this background, it would have been inconsistent and wrong for Sarkozy to accept the tactic of jointly opposing the NF proposed by Manuel Valls. This is at odds with Sarkozy’s fierce criticism of the socialist government and his calls for a radical change in French social policy. The protest electorate is his base, and he would have to vie for them with the FN.

In light of the impending elections, a serious problem for the socialists is the dispersal of the left-wing electorate in the first round, which prevented them from fielding joint candidates. This was pointed out by Manuel Valls when he analysed the causes of the left’s electoral defeat. In 2002, a split within the left and consolidation of the republican right in the first round helped Jean-Marie Le Pen to make it to the second round in the presidential election and led to the defeat of the left-wing candidate.

The election results leave the socialist government at a fork in the road: on the one hand, their strategy of selective economic measures aimed at increasing economic buoyancy in expectation of improvements in the overall economic situation and deferred results of reform might bring tangible results. On the other hand, the setback in the departmental elections would seem to dictate a socio-economic policy revision that is consonant with the mood of the protest electorate and demanded by the left wing of the party itself and by its allies in the left camp. The problem is that there is little room for manoeuvre: there are neither coherent ideas nor the resources for such a revision.

Rate this article
Share this article
FOLLOW THE LATEST DEVELOPMENTS
Project
Russia and France: a New Agenda
Tags
Elections, France, Nicolas Sarkozy, Jean-Marie Le Pen
Reader's choice
HideShow
Russia, China, and the Indo-Pacific
Eight Principles of the “Greater Eurasian Partnership”
Russia — Germany: Perceptions and Motives
The Arctic Is a Complex Region Which Cannot Be Designated with a Single Status
From Corporates to International Governance: The Coming of the ‘Platform Economy’