Donald Trump's election victory was welcomed with enthusiasm in Russia: many people await a reset in Russia-U.S. relations due to the new President’s personality and his commitment to act like a businessman in the system of international relations. Nevertheless, one should ask to what extent the economic realism of the new President might help not so much Russia-U.S. relations, as Russia’s long-term development.

Donald Trump's election victory was welcomed with enthusiasm in Russia: many people await a reset in Russia-U.S. relations due to the new President’s personality and his commitment to act like a businessman in the system of international relations. Nevertheless, one should ask to what extent the economic realism of the new President might help not so much Russia-U.S. relations, as Russia’s long-term development.

Today’s main dilemma centers around the seriousness of D. Trump’s intentions to augment the domestic economic capacity of the U.S. in favor of global integration processes and what groups of the establishment are ready to support the new course of «Trumponomics». A substantial part of the new President’s campaign promises on American industry consolidation proves that D. Trump is more than serious. He made it clear that he would like to restore American automobile industry, expand American energy corporations production capacity, lift the restrictions on the exploitation of American energy reserves, restore coal as a major source of energy, end dependence on external markets, and repatriate jobs. There are also tendencies not much spoken about by D. Trump, though definitely expected. First of all, it is the increase in military expenditure and the growth of orders in the defense industry. D. Trump’s overall message happened to be quite popular among Americans, and now they are waiting for the factories in Detroit to be up and running at full capacity, and for the oil companies to drill new wells. 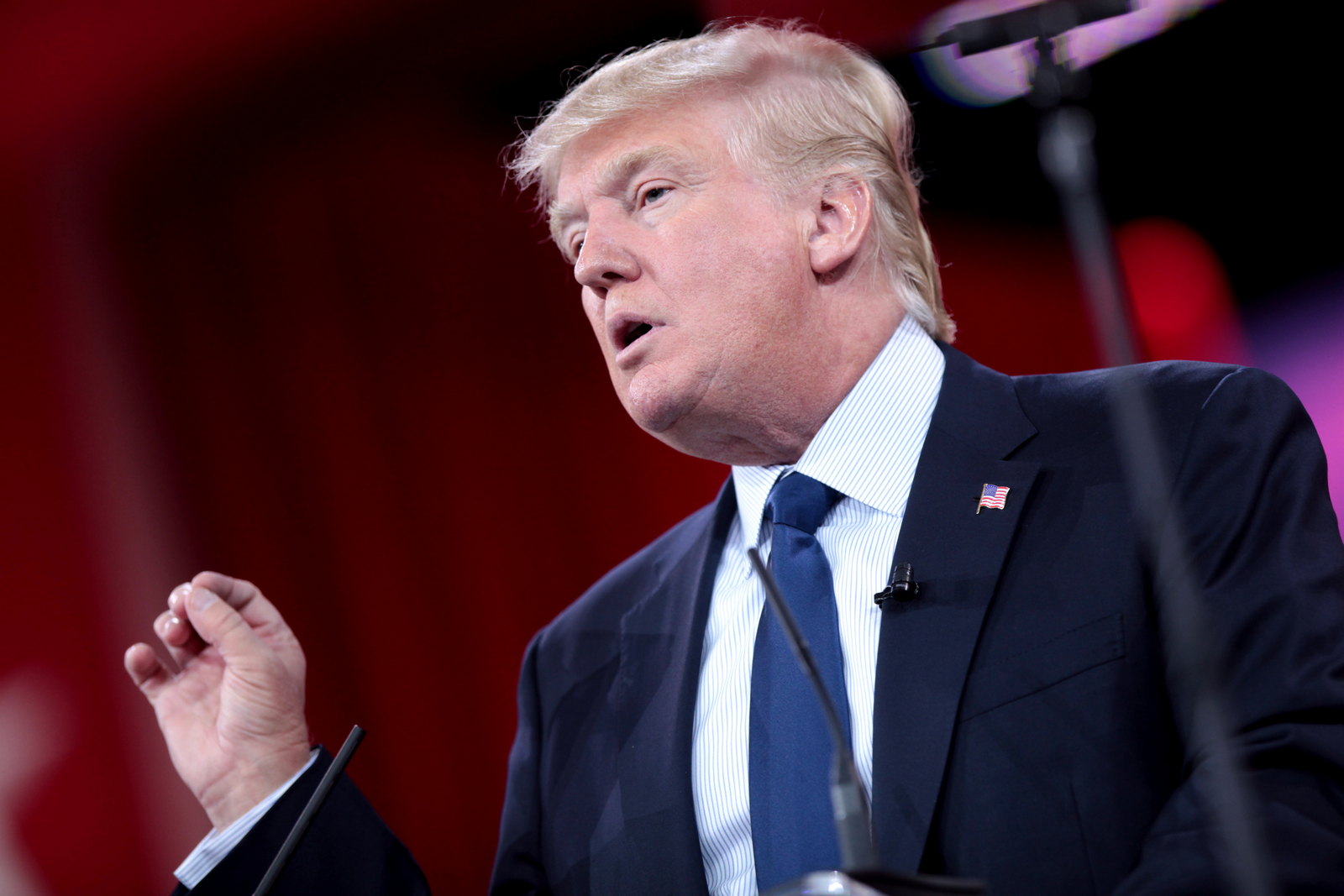 D. Trump’s strategy has begun to take shape, so far including lowering taxes and increasing government expenditures on infrastructure projects by cutting social packages (the first target was Obamacare). In order to implement this strategy, D. Trump will need an obedient Federal Reserve System that has hitherto not shown any flexibility.

D. Trump’s idea to make the American economy work for itself will accumulate many interest groups, which might lead to the creation of a coalition: automobile and energy corporations; defense industry; aviation, space, and ship production branches; steelmaking industry, etc. The election of D. Trump may well result in profits for the pharmacological companies who had been living in expectation of increased control over price formation, along with the rest of the industry in case of H. Clinton’s victory.

The Democrats had also been planning to focus on main banks, though with D. Trump and the Republican Congress, the expectations of increased control changed to a justified expectation that a number of restrictions will be lifted, including leveling the Volcker Rule and the Dodd Frank Act. The Dodd Frank Act was one of the major achievements of Barack Obama’s Executive Office regarding the banks, hedge-funds, and market regulation that was supposed to considerably decrease risky operations and ill-considered deposit transactions. It is small surprise that by the end of January 2017, the banking sector demonstrated its highest growth rate on the stock exchange - with the KBW Bank Index up 14% - since the Election Day.

To put it differently, D. Trump might be backed up by a powerful corporate coalition, which will be reflected in the empowerment of relevant Capitol Hill lobbying groups, who got the message and shifted to the right. At the beginning of 2017, the American Corporate coalition was definitely on the rise - S&P500 stock index being 6% up since the Election Day, and the private sector awaiting a favorable tax decrease and returning the income from product sales in the U.S.. It should be noted that in 2009, the day after the inauguration of Barack Obama, who was more or less considered to be a socialist by the businessmen and the Conservatives, the S&P500 stock index dropped by 5%. 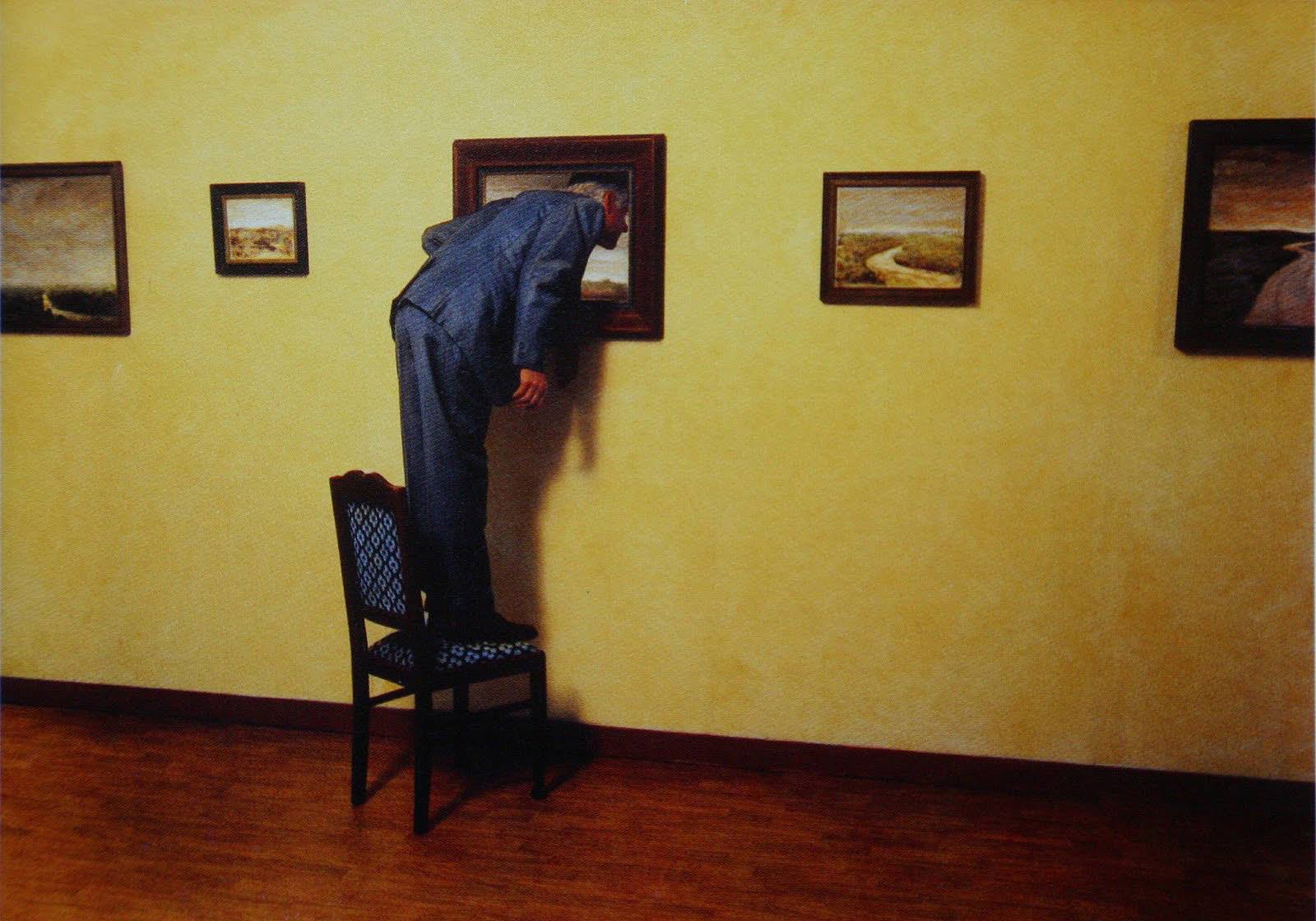 D. Trump is also ready to start a radical and extremely risky policy of massive deportations of illegal immigrants not so much on the ground of security as of his desire to provide jobs to US-born citizens. It is not an innovative approach in resolving the unemployment issue - U.S. history can adduce similar examples. In this context it is not surprising that one of D. Trump’s main political idols is the 34th President of the USA, Dwight D. Eisenhower, and his favorite historical period is the America of the 1950-s, where industry and large corporations ran the show, the unemployment was under control (at the cost of immigrant deportations as well), and the number of households was constantly growing. Criticism of integration and interdependence fits into D. Trump’s world view. In some ways he is really ready to turn back time, and this is the key signal to the whole world, including Russia. D. Trump distrusts the modern architecture of the global economy with all its value chains, free labour force migration, money flows, and world-wide regulators like the International Monetary Fund and the World Bank. This message means different things for different countries - some consider it a bad sign for globalization, while some, China for example, consider it a chance to increase its share in the world economy.

At the same time, D. Trump’s desire to turn the globalization process back might lead not to a decrease, but to an increase of the role of speculative forces, as it isn’t clear whether «Trumponomics» implies ample discussion of the off-shores or constraining the issues of different financial groups. On the contrary, the evidence suggests that the financial world will take the track of greater deregulation. These processes will not go past Russia; quite the opposite, the question about the place and the role of Russia in the global economic structure is now obtaining new connotations. Given that Eurasian integration is now Russia’s key priority, however the issue as to the way by which Russia will modernize and diversify its economy has not been withdrawn. D. Trump’s signal to the American economy that it is high time to partially close the door in order to establish order at home will serve as an example to follow for many developed and especially for developing countries, where ideas of restrictiveness are lifting rising. Russia is highly likely to find itself in a more unpredictable economic situation, with issues such as with whom and how to create integration projects pressing, as the Eurasian Union is a small part of the global economy, but all the same highly dependent on it.

The realization of D. Trump’s ideas will naturally lead to the development of trade barriers and spur protectionism. With a stroke of the pen, D. Trump put an end to Trans-Pacific Partnership (the Trans-Pacific trade and investment partnership had been doomed to fail even before the presidential elections), he is ready to revise the relations with global financial and economic institutions, and to protect American industry by creating trade barriers. He already promised China a 45% duty for goods exported to the USA, Mexico got 35%, and any country recognized as a currency manipulator will get 15-45%. Hillary Clinton’s victory would most likely have led to a less undiluted revision of some trade relations. 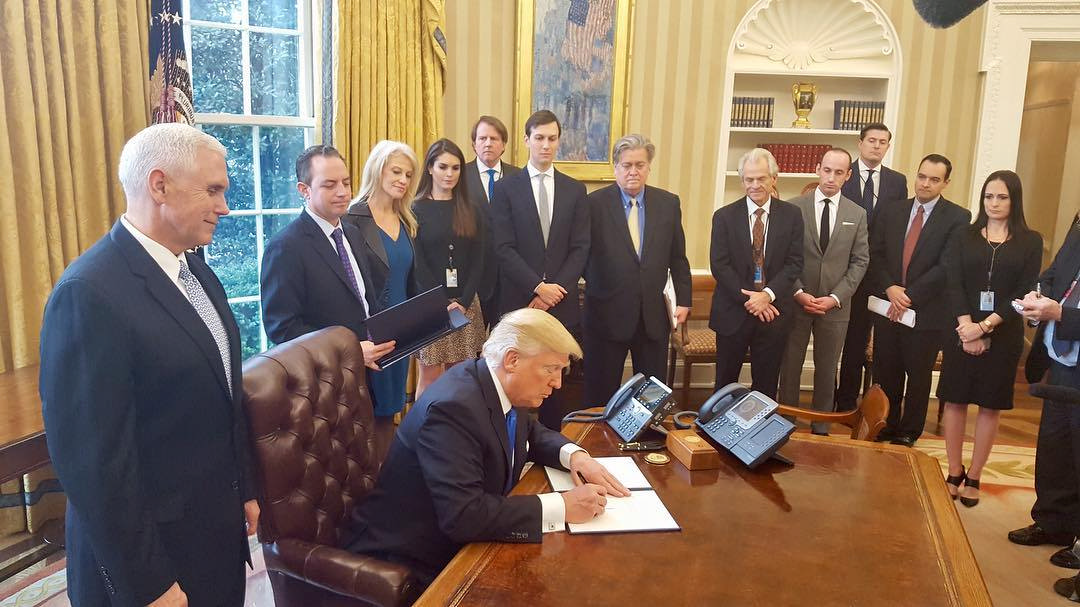 Twitter/@WhiteHouse
Ivan Timofeev:
Russia and the US: Can Containment be
Stabilised?

To achieve success in the implementation of this strategy, however, D. Trump will have to overcome significant opposition both within the U.S., and from its international partners. There is a domestic coalition being formed, that is supported both by Democrats and Republicans, and is advocated by the representatives of high-tech and innovation areas, some telecommunication companies, ethnic diasporas, environmentalists, small businesses (some small businesses supported Trump, though), second tier banks, the service sector, professionals, university and expert elites, influential mass media, and everyone else who thinks that liberal values are under threat. Outside the U.S., the protectionist rhetoric has already caused an outburst of emotional reaction from politicians, diplomats, business, and mass media. The scenario of a trade war between the U.S. and China suggests adverse consequences for the situation in the South China Sea and the U.S.-Taiwan-China triangle, as Beijing will be able to appeal to these open unfriendly actions. At this moment, though, the PRC government prefers to remain emotionless and monitor the situation in Washington D.C.

A lot is spoken in Russia about the U.S. exercising global leadership, and D. Trump’s appeals for fence-mending with Moscow, as well as his doubts at the current stage of global trade liberalization, are treated rather positively, while the consequences for Russia still remain unclear. The fact that D. Trump is trying to bring relations with NATO to an economic framework (U.S. Has 'No Obligation to Pay for European Security') shouldn’t delude anyone. EU member states might start increasing defense expenditures, which will lead to further militarization of Europe. There are no compelling reasons to believe that U.S. political and military power is set to decrease, as the defense industry is to become one of the main beneficiaries of Trump’s victory, and the increase of defense expenditure is not likely to help decrease tension in the world. In a similar way, the U.S. withdrawal from a number of international treaties and interdependence chains doesn’t at all mean that the role of American interest in the financial world is declining. Its influence might rather become more uncontrolled, as D. Trump will not be interested in the development of global economic transparency - vice versa, he intends to aggressively defend the interests of American capital.

The following issues remain open for Russia: how the amplification of this philosophy of disintegration and further fragmentation of the system of international relations will affect the perspectives for integration within the EAEU framework, the relations between Russia and China, and the attempts to overcome the negativity in the relations with the EU. What is clear though, is that the success of D. Trump’s policy will not make these processes more predictable.

Rate this article
Share this article
FOLLOW THE LATEST DEVELOPMENTS
Project
Russia and the US: Problems in Bilateral Relations, Regional and Global Challenges
Tags
Donald Trump, USA, Economy, Trumponomics
Reader's choice
HideShow
A Plea to Save the Last Nuclear Arms Treaty
The SWIFT System: A Focus on the U.S.–Russia Financial Confrontation
The Countdown for New START
International Security Implications of the US-Russia Contention Over the Nord Stream 2
Why Should Putin Help Trump?