Journalist for The New York Observer, Founder/Director of Deepcor Media Former communications director of the Himalayan Consensus - an NGO based in Kathmandu, Nepal

The construction and operation of the International Space Station has helped pioneer a new era of human exploration and cooperation between these nations. The ISS, as an effective foreign policy tool, has fostered peaceful relations between nations while creating a platform where hostilities and clashing political ideologies are forgotten in favor of scientific innovation. With the world’s geopolitical climate constantly changing, can the International Space Station remain a focal point for peace and human progress?

The construction and operation of the International Space Station has helped pioneer a new era of human exploration and cooperation between these nations. The ISS, as an effective foreign policy tool, has fostered peaceful relations between nations while creating a platform where hostilities and clashing political ideologies are forgotten in favor of scientific innovation. With the world’s geopolitical climate constantly changing, can the International Space Station remain a focal point for peace and human progress?

The space race and its aftermath

After World War II came to an end on September 2nd, 1945, a new standoff began. Referred to as the Cold War, this conflict between the capitalist United States and the communist Soviet Union created an omnipresent fear of nuclear annihilation by one or both of these superpowers. Seeking to exert technological and military prowess during this faceoff without the result of mutually assured destruction, both the US and Soviet Union would use space to play out this conflict.

While the intentions for a presence in low Earth orbit was anything but benign, it resulted in a new age of space exploration. On October 4th, 1957, a Soviet R-7 intercontinental ballistic missile launched Sputnik, the world’s first satellite and the first man-made object to be sent to space. The launch of the Sputnik or as it's known in Russian, “Traveller”, sparked fear amongst Americans and the US government as the Sputnik mission was generally kept secret. This demonstration of the R-7 missile and its power made it clear to the US military that the Soviets had more than enough capabilities to launch a nuclear weapon into American airspace.

Following the urgent need to match the might of the Soviet Union and to calm public concern, the U.S. launched its own satellite in 1958 - The Explorer 1. The rocket was designed by the US Army under the direction of rocket scientist Wernher von Braun. Following this historic launch, President Dwight Eisenhower signed an order creating the National Aeronautics and Space Administration (NASA), a federal agency that will research and facilitate America’s exploration of space. 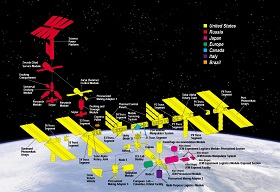 The Soviet Union’s space program took a giant leap in 1959 with the launch of Luna 2, the first space probe to reach the moon. In 1961, cosmonaut Yuri Gagarin became the first human to orbit Earth, traveling in the Vostok 1 spacecraft. Today, even American space exploration enthusiasts and scientists (including those at NASA) celebrate Yuri’s Night to mark this significant moment in human exploration. History may provide the context for how and why these events unfolded, but our current endeavors require international cooperation which help us see the first missions into space as part of a bigger picture.

The United States would go on to claim victory in space by being the first to step foot on the Moon, while the Soviet Union failed in four attempts to launch a lunar landing craft. The space race as part of the Cold War would be remembered as the race towards scientific achievement rather than a military conflict. The outcome of the Space Race would be defined by what each superpower was capable of achieving, and on which terms. Once the mission and engagement to plant their respective flags on the moon had passed, the political and propaganda aspects of US and Soviet space exploration began to diminish.

Advancements in space returned to its scientific purpose rather than a tug-of-war between opposing ideologies. In 1975, a joint American-Soviet mission known as the “handshake in space”, sent three American astronauts into space aboard an Apollo spacecraft that docked with a Soviet-made Soyuz vehicle in orbit. The meeting between the two spacecraft’s commanders became a symbol of improved relations between the United States and the Soviet Union in the later days of the Cold War.

The MIR space station paves the road for ISS

The space race as part of the Cold War would be remembered as the race towards scientific achievement rather than a military conflict.

When the United States was focused on sending manned missions to the moon with the Apollo program and then later developing the Space Shuttle program, Russia diverted efforts to developing long-term space occupation and decided a more permanent installation would be needed to explore these possibilities. This plan would go through several incarnations but eventually result in the construction and operation of the MIR space station.

This space station was Russia's greatest technological and engineering achievement and paved the way for the International Space Station. Commissioned in 1986, the name MIR can be translated from Russian as "peace" and "world". This represented the promise of international cooperation. While the space station was built and operated by the Soviet Union, it became the property of the Roscosmos in 1991 after the Union’s collapse. The MIR space station was an early platform for cooperation among international scientists and served as a crossroads for world peace. This incredible feat of engineering was a landmark in human exploration of space and pioneered the technology necessary for the development of its successor, the International Space Station.

The operation of the International Space Station 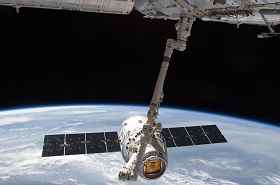 In 2009, when the ISS was completed, 15 partner nations celebrated this achievement as a victory for human collaboration. Success of the design and assembly phases rested on scientific input from each nation. Their shared fate and vision would not be compromised by individual domestic policies or past disagreements. This understanding was critical in ensuring the progress of the endeavor’s long term vision. Today, the International Space Station is primarily operated by NASA (US), Roscosmos (Russia), JAXA (Japan), ESA (Europe), and the CSA (Canada).

The benefits of a microgravity laboratory in space are endless. As a permanent habitat, the ISS provides scientists with opportunities to advance research associated with the impacts of survival in the vacuum of space. Currently, American astronaut Scott Kelly is living on the station for a year while his twin brother, astronaut Mark Kelly remains on Earth so NASA can compare the effects of long term space travel on the human body. This is an example of how the ISS will benefit humanity’s journey into deep space and further exploration of the solar system. This experiment will provide crucial data for an eventual human Mars mission. Just recently, Scott Kelly enjoyed the first piece of lettuce grown and harvested in space - a major scientific breakthrough.

As a permanent habitat, the ISS provides scientists with opportunities to advance research associated with the impacts of survival in the vacuum of space.

The assembly of the International Space Station began in 1998 when the Unity module built by the United States was joined with the Zarya - a Russian module. The procedure was done using a robotic arm built by the Canadian Space Agency. This human achievement and landmark in scientific diplomacy didn’t come easy. Building a laboratory in near Earth orbit was the most ambitious engineering project ever undertaken by humanity. The venture experienced years of redesigns, setbacks and delicate diplomatic maneuvering but resulted in a peaceful, joint occupation of space. While the official language used aboard the ISS is English, both Russian and English are used regularly during operations and experiments. Visas and passports are not required when boarding the station and moving from module to module.

The rotating crew of the International Space Station consists of the best scientists, engineers, and operators from US, Russia, Canada, Japan, Italy, France, Germany, Belgium, and the Netherlands. The rest of the 15 participating nations - Sweden, Brazil, Malaysia, South Africa, South Korea and Spain have sent prominent nationals as ‘tourists’ to the station. The ability of smaller nations with limited engineering resources to be able to maintain space agencies and have a presence in low Earth orbit is another benefit of international collaborative effort.

A Malaysian orthopedic surgeon, Sheikh Muszaphar Shukor Al Masrie bin Sheikh Mustapha became the first Malaysian commercial astronaut on October 10th, 2007 when he was sent to the International Space Station aboard the Soyuz with Expedition 16.

With the rise of social media and mass dissemination of world news through digital mediums, more and more eyes are watching events unfold in space - in real time.

The building and operation of the International Space Station has created tens of thousands of jobs for its participating nations that include individuals from the fields of aviation, engineering, design, and the expanse of the scientific community. Nations must demonstrate leadership by showcasing their individual innovative achievements through diplomatic representation aboard the station. Traditional norms associated with cultural differences and political doctrine have taken the backseat to displaying the prowess of their academic and engineering resources. Today, with the rise of social media and mass dissemination of world news through digital mediums, more and more eyes are watching events unfold in space - in real time. Nations must continue to display benevolence and not disturb the years of uninterrupted peace.

The future of relations in orbit 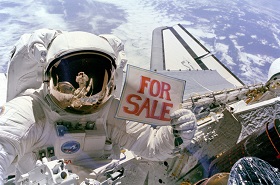 As the space race becomes a distant memory, and while cooperation is ongoing, NASA has recently become dependent on the Russian space program for ferrying its Astronauts to the International Space Station. The only way for these Astronauts to reach low Earth orbit is aboard a Russian-made Soyuz since the retirement of NASA’s space shuttle. This relationship will continue until a recent commercial agreement between NASA and the Elon Musk’s SpaceX launches astronauts on one of the private company’s Falcon rockets coupled with a Dragon capsule. The United States pays $70 million for every astronaut launched by the Russian space program at Baikonur Cosmodrome in Kazakhstan. While tensions may be currently heightened between the two nations due to ongoing conflict in the Ukraine, operations and progress aboard the International Space Station and cooperation between American Astronauts and Russian Cosmonauts will remain undisturbed.