China–United States: A Framework for Rapprochement

One of the outcomes of the Chinese military delegation’s visit to the United States led by the Vice Chairman of the country’s Central Military Commission, General Fan Changlong, was the launch of a new cooperation mechanism between the ground forces of the two countries. While we shouldn’t read too much into what these agreements could mean – they are hardly ground-breaking – they do allow for broader military cooperation between Beijing and Washington, and thus cool the explosive potential of mutual distrust in Chinese–U.S. relations.

One of the outcomes of the Chinese military delegation’s visit to the United States led by the Vice Chairman of the country’s Central Military Commission, General Fan Changlong, was the launch of a new cooperation mechanism between the ground forces of the two countries. While we shouldn’t read too much into what these agreements could mean – they are hardly ground-breaking – they do allow for broader military cooperation between Beijing and Washington, and thus cool the explosive potential of mutual distrust in Chinese–U.S. relations.

The framework document on a dialogue mechanism for military exchanges and cooperation between the armies of China and the United States was signed by Major General Tang Ning (Deputy Chief of Combat Training in the General Staff of the People’s Liberation Army) and his American counterpart, Deputy Director of the U.S. Army Capabilities Integration Center Major General William Hix.

Recent agreements with the United States are in keeping with the general course of China’s active military diplomacy, which is characterized by the establishment of closer ties with foreign partners and deploying People’s Liberation Army troops overseas on humanitarian operations. The framework agreement with the United States also placed a focus on peace and confidence-building measures. Specifically, the document opens up new possibilities for cooperation between Beijing and Washington in disaster clean-up operations, interaction between military doctors, joint training exercises for engineering troops and participation in humanitarian aid programmes. 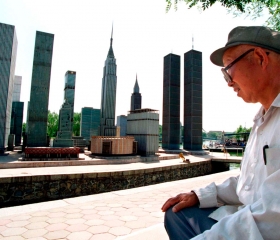 They are hardly ground-breaking – they do allow for broader military cooperation between Beijing and Washington, and thus cool the explosive potential of mutual distrust in Chinese–U.S. relations.

You might be forgiven for asking, however, just where these joint exercises might take place. It is one thing to hold them in either China or the United States. It would be a very unwelcome surprise for Russia, however, if China and the United States were to carry out military manoeuvres in a Central Asian country. Such a scenario cannot be ruled out entirely, as the world is well aware that diplomatic channels between China and the United States on security in Central Asia have been open for some time now. Nevertheless, it is perhaps too early to suggest that the framework document, which has still not been signed at the highest level, may change the rules of the game. In general, the document is more technical than strategic in nature.

Far more important and meaningful were the memoranda of understanding on military issues signed by Barack Obama during his visit to China last autumn, which set out measures for avoiding an unintentional armed conflict. There is a blank spot here, however, and a very significant one at that – the sides have still to agree on the principles of security operations in the air, which is extremely important against the background of the worsening situation in the South China Sea and the possible introduction in the area of a Chinese aerial defence zone. During Fan Changlong’s visit, the Chinese and American sides promised to have a “code of conduct” in the air in place by the time President Xi Jinping arrives in the United States in September.

The generally optimistic attitude towards the agreement can to some degree be attributed to PR, in which both sides were interested. It is interesting to note that the worse China’s relations with its neighbours becomes, the more Beijing is trying to convince the world that there are growing opportunities for rapprochement in Chinese–U.S. relations. In doing so, the Chinese authorities are sending a signal to other powers in the region that the country is a force to be reckoned with, and one with which the United States is prepared to negotiate. 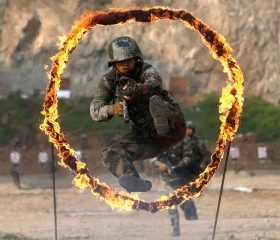 For the American side, the situation is important in that is gives them an opportunity to show that China’s “policy of engagement” compliments its measures of containment perfectly, and the “pivot to Asia” was a success thanks to the shrewd policy of the White House and the Pentagon, which even forced China to follow the rules.

Summing up the visit, Fan Changlong noted that the Chinese and U.S. armed forces should develop new types of military links, links that he described as “mutually trusting, conflict-free, sustainable and based on cooperation.” This is clearly an ideal, the path to which could be very thorny – and can even lead to a dead end. Tensions between China and the United States in the Asia-Pacific Region continue to put limits on the possibility of mechanisms of mutual trust to work without disruptions. The Chinese media proudly reported that the U.S. National Defense University, which hosted the signing ceremony of the agreement, had a copy of Chinese strategist Sun Tzu’s (6th–5th century BC) famous military treatise in one of its display cabinets. Granted, the book was a gift from a previous guest at the university, but the main thing is that the Chinese side is apparently well aware of the fact that in today’s world, China and the United States, while keeping a close eye on each other, nevertheless act according to completely different operational plans.

Rate this article
Share this article
FOLLOW THE LATEST DEVELOPMENTS
Tags
International Security, China, USA, Asia-Pacific
Reader's choice
HideShow
Russia's “Wait and See” Policies and the Libyan Settlement
A Bumper Year for OFAC
The Trans-Caucasus in 2019 Is Not a Monolithic Region
Four Pieces of Advice to Emmanuel Macron about the INF Treaty
Sanctioning the Pipelines: Implications for Russia, the EU and the U.S.