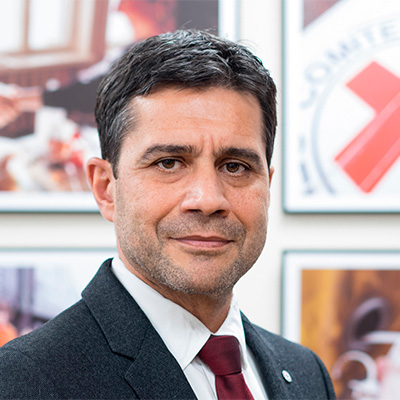 Mr Ikhtiyar Aslanov currently serves as the Head of the ICRC Regional Delegation for the Russian Federation and Belarus.

Mr Aslanov has more than 20 years of experience in humanitarian field. Since 2001, he has been working with the ICRC in various capacities, performing, in particular, such functions as: Coordinator, Head of Sector, Deputy Head of Delegation and Head of Delegation. During his service to the ICRC Mr Aslanov worked in such contexts as: Sierra Leone, Russia, Sudan, Switzerland, Israel and Occupied Territory, Uzbekistan, Syria and Bangladesh.

Prior to joining the ICRC, he occupied the position of the Expert on Shelter, Water and Energy Sector in the Office for the Coordination of Humanitarian Affairs, United Nations (2000-2001). In 1995-1999 Mr Aslanov has worked as an Engineer and Programme Manager in Azerbaijan, Russian Federation, DPRK, Indonesia and Burundi for the OXFAM, British Humanitarian Organization. He also worked as an engineer at the British Petroleum (BP) from 1994 to 1995.

He holds a Honours Diploma in Civil Engineering.