The Yamal LNG project has recently demonstrated that Russia’s eastward pivot may in fact provide a solution to the financial constrains, imposed as a result of the Ukraine-related Western sanctions against Russian companies and individuals. Russian, French and Chinese investors have found a way to guarantee the completion of the Yamal LNG project, despite Washington’s eagerness to halt Russian energy companies from developing the arctic natural gas resource base, by imposing technological and financial constrains. What’s more, the LNG plant facility will be realized with the financial help of major Chinese banks, which is another “slap in the face” for the loud-mouthed US neocons.

Yamal’s liquid natural gas venture is located in the deep arctic region of Russia. Shareholders of the Yamal LNG project include Novatek (50.1%), France’s Total (20%), CNPC (20%), and China’s Silk Road Fund (9.9%). The project’s proven and probable natural gas reserves are estimated at 926 billion cubic meters. Yamal LNG will have three lines, each with a capacity of 5.5 million tons for a total of 16.5 million tons annual production volume, 95% of which are already pre-sold. According to preliminary contracted quantitates, 85% of the annual production capacity will be transported to the Asia-Pacific region, out of which China will receive 3 million tons. The project is expected to become operational in 2017. 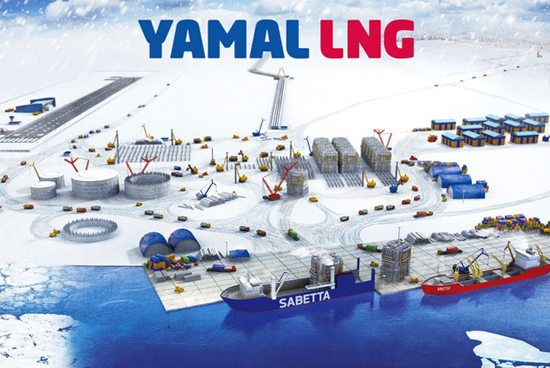 The major shareholder of Novatek, Gennady Timchenko, happens to be a close friend of Russia’s President Vladimir Putin. In 2014 Novatek was put on the US sanctions list, which forbid financing the company. This greatly endangered the realization of the company’s projects, most notably the Yamal LNG, since the company lost access to Western capital markets. While around 5.7 billion euros were provided by Russia’s state-controlled Sberbank and Gazprombank, much more was needed in order to complete the project. However, the plans of the US government didn’t work the way they were expected to. The implementation of the Yamal LNG project was guaranteed by financing provided by Chinese banks. Two 15-year loans worth 9.3 billion euro and 9.8 billion yuan (equivalent to 1.32 billion euro) were negotiated with the Export-Import Bank of China and the China Development bank. The euro denominated loan is at an interest rate of 3.3 percent above the 6-month EURIBOR (the average Euro Interbank Offered Rate), for the construction period, and 3.55 afterwards, for the operational period. Same interest rates are valid for the renmimbi denominated loan. In addition to that, seven Chinese and three Indonesian manufacturers are going to produce 70-80 percent of the equipment needed for the construction of the LNG facility on the Yamal peninsula. It will be the first time China’s Offshore Oil Engineering Corporation will be installing equipment by implementing its own LNG production technologies. 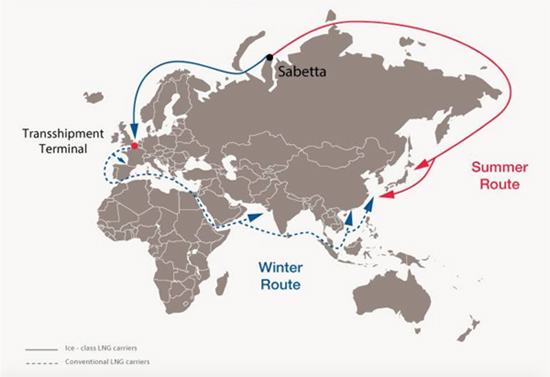 While it may seem to be a small victory for Russia, and Novatek in particular, we should ask a critical question: Is this a one-time event, or are we seeing the beginning of a trend, which may signal the reorientation of Russian energy companies to Chinese financial markets? Will this be another “nail in the coffin” of the US dollar global dominance?

References "Russia’s Yamal LNG gets round sanctions with $ 12 bln Chinese loan deal". Reuters. April 29th 2016. "Up to 80% of Yamal LNG equipment to be manufactured in Chinese shipyards". Interfax. May 5th 2016. "Project Information" and "Resource Base". Yamal LNG Official Webstie. 2016.