The quality of the commercial cooperation between Russian and Western European companies in the energy sector has remained significant, despite the sanctions regime. Strong economic rationale seems to prevail over politics. The German-Russian relations have been the most prominent in the region and have long-existed under the mutual awareness of interdependence. This perceived paradigm has led to further deepening of the complexity of the relationship through swap deals and favorable transactions, which encompass the entire value-chain of the natural gas sector. The pinnacle of recent collaboration has been the initiation of the Nord Stream-2 project, which has the potential to completely substitute Ukrainian transit routes. On top of that, in 2015 Gazprom has delivered to Germany a record quantity of 45.3 bcm of natural gas. What’s more intriguing is the 19% increase in gas deliveries to Germany for the first quarter of 2016, when compared to 2015 Q1 delivered quantities. The implications of this have echoed far across the Atlantic Ocean and have once again affirmed the fears of Washington – intensification of the German-Russian gas interdependence is a fact, which few Western leaders are willing to admit.

Germany is highly dependent on coal as a course of cheap energy, however, coal scores very high on the greenhouse gas index and is thus not a preferable source, ecologically speaking. Diminishing coal use is an ongoing trend since the first gas deliveries were carried between the USSR and the two German states back in 1973. Ecological concerns have displayed high importance on the EU energy diversification agenda. Germany’s ruling coalition has also called for shutting down all nuclear power plants by the year 2022, which will additionally increase its energy demand from other sources. The Fukushima disaster in Japan has further intensified the campaign. Germany’s advances in renewable energy sources have been significant, but they are insufficient to compensate the eventual shut down of the nuclear power plants. Natural gas seems to be the preferred option and the numbers are in favor of that trend.   By 2014 Gazprom has invested $2.53 billion solely in Germany, which comprise 39% of its total investment in the EU market. The first Nord Stream project became the crown jewel in the German-Russian gas cooperation and has further solidified the existing gas interdependency. Nord Stream’s full capacity is not being used because of the restrictions on the OPAL pipeline, which links Nord Stream’s entry point at Greifswald, Germany with the Czech Border. Germany’s Wintershall and Russia’s Gazprom jointly own the pipeline. Furthermore, major German gas companies BASF Wintershall and E.ON Ruhrgas have gained access to natural gas fields in Western Siberia, while Gazprom has developed its transport and distribution capabilities by acquiring Europe's largest gas storage facility in Rehden, Germany. Despite the tensions regarding the Ukraine crisis, in September of 2015 BASF and Gazprom reaffirmed their intentions to carry on the asset swap. According to previous agreements, Gazprom would acquire Wintershall’s subsidiary, namely Wingas GmbH, whose gas storage and distribution capabilities along with revenues of $12 billion (for 2014) prove to be a profitable venture. In addition to that, Gazprom would gain 50% share in the Nordzee BV business, which specializes in the production of oil and gas in the southern parts of the North Sea. This share equals approximate annual revenues of $13.6 billion (2014 income statement reference). BASF Wintershall in turn will gain around 25% of western Siberia’s Urengoy fields, with proven natural gas reserves of 275 bcm. The alliance between Gazprom, E.ON Ruhrgas and BASF Wintershall allowed for the latter two to gain access to Russian upstream activities, which has guaranteed their long-term access to natural resources and has further reinforced the security of supply to Germany. 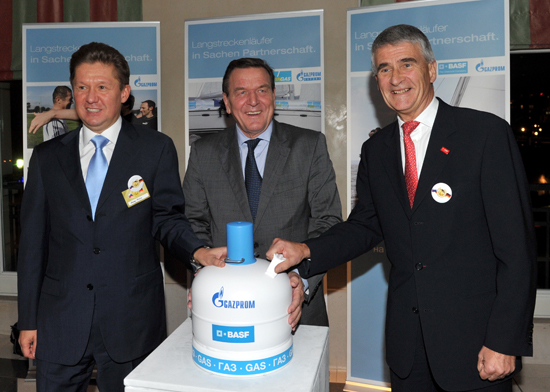 In 2016 Gazprom Neft signed an advanced oil recovery contract with BASF’s subsidiary Wintershall. The project aims at increasing the efficiency of hydrocarbon production through the implementation of advanced technological know-how. In September of 2015 another major project was initiated, namely the Nord Stream-2 natural gas pipeline between Germany and Russia under the Baltic Sea. Five companies: Gazprom, BASF, E.ON, ENGIE, OMV, and Shell signed a special agreement on the creation of a new pipeline with 55 bcm of natural gas capacity per year. The wide consortium aims at satisfying all EU requirements, ecological standards and energy directives, in order to realize the project. Despite the strong opposition to the project by a number of East European countries, the German government has officially declared that it will neither promote, not counteract the project. While Western European states consider the project as purely commercial and further guaranteeing the energy security of the EU, many East European countries and especially Ukraine find the project detrimental to their budgets and geopolitical significance, as it will mean the end of gas transit through their territories. Nevertheless, the strengthening of the direct gas supply link between Germany and Russia is the only way to guarantee uninterrupted supplies, not subject to politicization or blackmail from third parties. 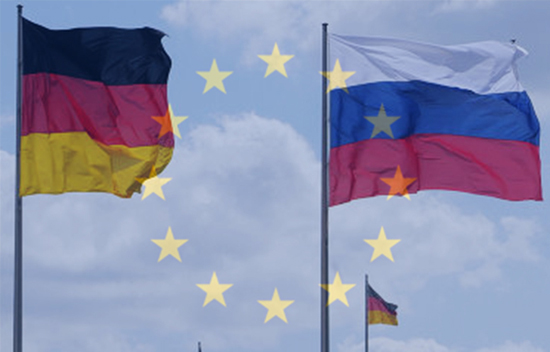 The strengthening of the the Russian-German energy partnership is much needed, as both countries realize that their cooperation forms the backbone of Europe’s energy security. Reinforcing the energy relations between the two countries adds to the strengthening of the existing interdependence and will prevent future gas crises, transit halts, politicization, and securitization attempts. The dissolution of the Soviet Union and the subsequent Eastern Enlargement of the EU have lead to detrimental consequences, which have undermined the gas trade between Europe and Russia. This imbalance can be restored and the only European country that has the capacity, will and resources to do so is Germany. What’s more, further fortification of Germany’s gas distribution role, through prospective projects such as Nord Stream 2, will make the country critically important for Europe’s energy security, as the Ukrainian transit route would be fully replaced. This would lead to more predictable and secure gas deliveries, as transit countries will not be able use their position to blackmail the EU and Russia for further discounts or gas financing. In fact, cooperation between Europe’s strongest economy and Russia’s vast energy reserves seems to be a natural and logical partnership, which holds a great potential.

"Gazprom Management Checks the Pace of Realization of the Nord Stream-2 Project" Gazprom Official Website. May 2016.