EU Eastern Enlargement and its consequences for EU-Russia Energy Relations

The accession of 10+2 new countries to the EU, most of which were either former Soviet republics or Soviet satellites, has undermined the influence of Russia over its shared neighborhood with the EU and has further complicated the energy relations between Russia and the EU. There are arguably two main factors relating to our analysis that separate the CEE countries from the older Western European states: the first factor is the difference in development of the energy sectors and gas pipeline grid interconnectedness, and second, the perception of Russia as an energy supplier. The latter factor is the one that pertains most to our analysis and has emerged as the most troubling issue in maintaining the interdependency in gas trade. The EU Enlargement as such has not immediately influenced the energy relations between the EU and Russia, but it has led to the creation of a very problematic and volatile environment in the energy sphere, where even the slightest aggravations and provocations hold the potential for catastrophic consequences.

The EU energy policies are characterized by an existing internal dichotomy – interests between old and new member states differ. The characterization “old” and “new” may seem as an oversimplification that does not accurately portray the existing classification of EU members according to their energy preferences and policies, but it remains a useful analytical label for identifying new EU members who have joined the union in 2004 and 2007. The 2004/2007 EU Enlargement has not only quantitatively, but also qualitatively affected the “energy map” of Europe by integrating respectively 10 + 2 new members. The 2004 enlargement included Poland, Hungary, Latvia, Lithuania, Estonia, Malta, Slovakia, Slovenia, the Czech Republic, and Cyprus. The 2007 enlargement included Bulgaria and Romania. 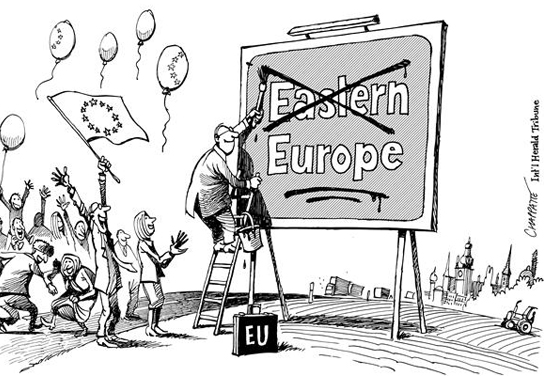 The contrasting approaches of different EU member states towards Russian gas imports have been very evident and have highlighted the internal dichotomy in the EU.  Timothy Boon von Ochssee & Coby van der Linde argue that: “The ‘old’ European allies seek improved ties with Russia in order to secure long-term energy interests, examples of which include Germany and France, but also the Netherlands and Italy. The ‘new’ European allies such as Poland, the Czech Republic seek to distance themselves from Moscow to the farthest extent possible, to the effect of wishing to eliminate their dependence on Russian energy” (Boon von Ochssee, p.16). Furthermore, former Polish Foreign Minister Anna Fotyga has stated that  “it is imperative for Poland and central Eastern Europe to reduce dependency [on Russian energy resources] while it seems like the old Member States would like to do the opposite” (Gaden, p.16). Such statements not only exemplify the diverging energy strategies of different EU member states, but they also attests to likelihood of emerging confrontation between EU member states in relation to large-scale energy projects (such as Nord Stream and Nord Stream 2).

New EU members have willingly delegated part of their sovereignty to Brussels in order to increase their bargaining power regarding energy issues vis-à-vis Russia. We notice diametrically opposing logics of state governing and power projection – while the new member states are delegating rights to Brussels, Russia has been steadily consolidating its energy sector over the last 16 years in congruence with the power of the presidency. The first pattern has partially deprived Moscow of its capability to negotiate energy issues separately for each and every member state, as most CEECs countries prefer to speak to Russia through the voice of Brussels. Delegating right to a supranational body implies that Russia has to deal with this organization/union in order to pursue its interests.

However, divergence of interests between new member states and Brussels also exists. The discrepancy in attitude towards common energy policies is evident in the case of the “20-20-20 proposal”, which has caused CEE states to react negatively, as those targets are almost impossible to meet by 2020. This reflects the difference in infrastructure and development of the energy markets of old EU member states and new ones, which has further complicated any attempts of Brussels to implement a coherent approach towards energy initiatives. Same measures are likely to have different impact in EU member states and this has been clearly evident since 2004 and 2007 enlargements. While a generalization and oversimplification of old vs. new member states can potentially limit the depth and accuracy an analysis, there is a existing consensus in the academic field that there really is a line of separation between older EU member states and new ones when we speak of energy. Anke Schmidt-Felzmann has further argued that the economies of the countries in close proximity to Russia have been much more affected by Russia’s actions, than older member states from Western Europe (Schmidt-Felzmann, 2008). This has been possibly exactly because of the energy sectors of the CEE countries, which had been part of the USSR energy map. Alternatives for those countries are very limited, since the gas distribution network has been suited for imports via Russian pipelines and the use of alternative energy sources such as coal have been abandoned because of ecological concerns, which have been become even more relevant since the accession of those counties to the EU (Neuman, 2010). Consequently, gas imports from Russia in large quantities (in some cases like Estonia, Latvia, Lithuania, Slovakia and Bulgaria reaching 100% of all gas imports have been the only viable option. Interestingly enough, countries like Finland and Germany who has been greatly dependent on Russian gas imports (respectively 102.22% and 56.70%) do not see Russia’s dominance in energy as a threat. This also illustrates that new EU member states are more vocal in their campaign for a more unified EU approach towards Russia, while old member states have a qualitatively different attitude regarding the issue of energy security. One of the key differences lies within the contrasting perceptions of Russia as a reliable energy partner. The substantial differences in the energy mixes and grid interconnectedness between old and new EU member states come as a secondary issue. Nevertheless, it is exactly this eye-catching incongruence of the energy sectors that has caused a great asymmetry to occur in the energy map of Europe, which has in turn shaken the energy interdependency between Russia and the EU. A further analysis of the energy sectors and levels of gas dependencies will yield an empirical prove that countries that were part of the Eastern Enlargement have de facto and de jure increased the actual dependency and perceived vulnerability of the EU vis-à-vis Russian natural gas imports (see article on member states gas dependency levels). 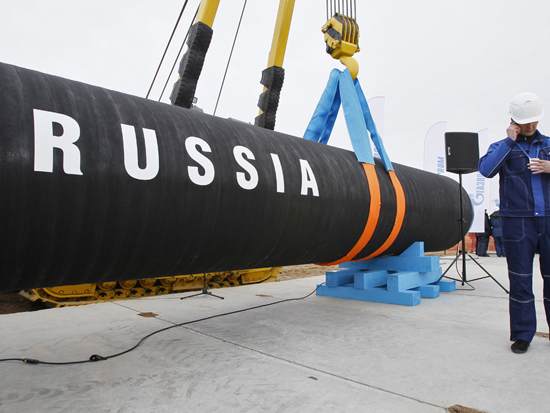 When it comes to perception, Central and East European countries are characterized by a predominantly negative historical view of the Soviet Union and Imperial Russia, which has inevitably projected its impact over the contemporary Russia state. Existing deep-rooted negative image of Russia as Europe’s “Other” that took centuries to build. This is an essential component of certain European states and results in distrust of Russia’s action on the international arena (Feklyunina, 2012). What’s more, the negative sentiments have been additionally exaggerated by the social and political fractions for furthering their Euro-Atlantic integration agendas. This issue is just one of the many factors contributing to the complexity of EU-Russia relations, but it remains a keystone in the creation and propagation of securitization of energy related issue. The Eastern Enlargement of 2004 has additionally brought new perspective of social constructivism, which has contributed to the complication of relations between Russia and the EU. Social constructivist notions such as public discourse, ideological notions and historical perceptions have created an image of Russia not only as a powerful state exerting economic and political influence through its energy policies, but also a potential “other”, which has emerged from the historical path-dependencies that those countries have shared with Russia. The latter has been the one factor that has created a qualitative difference between the predominant perception of Russia in Western Europe and the seemingly irrational perception of some CEE states. This phenomenon has made a tectonic shift in the perception of Russia within the EU, since most of the 12 new member states have become a Trojan horse of anti-Russian sentiments and irrational fears, which have been absorbed within the EU along with the accession of those countries. Nevertheless, the strong economic gas trade model between Russia and core EU member states such as Germany continues to exist and is likely to remain the backbone of the economic and energy relations between Russia and the EU despite the strong opposition from CEECs. References Boon von Ochssee, T. & van der Linde, C. Two sides of the same coin?: Energy security thinking in the US Versus Europe (University of Groningen) p. 16. Feklyunina, V. Russia’s International Images and its Energy Policy. An Unreliable Supplier? EUROPE-ASIA STUDIES, Vol. 64, No. 3, May 2012, 449–469.

Schmidt-Felzmann, A., (2008) All for One? EU Member States and the Union’s Common Policy towards the Russian Federation, Journal of Contemporary European Studies, 16(2), p. 172.