The FDA is Collapsing

Political pressure and anxiety over a fourth wave of the Coronavirus is now replacing clinical data and science. President Joe Biden’s overused talking point in stating ‘science will dictate the vaccines’ seems to be going by the wayside with the White House pressuring the Food and Drug Administration following a pre-emptive announcement to rollout the COVID-19 booster (third shot) on September 20. 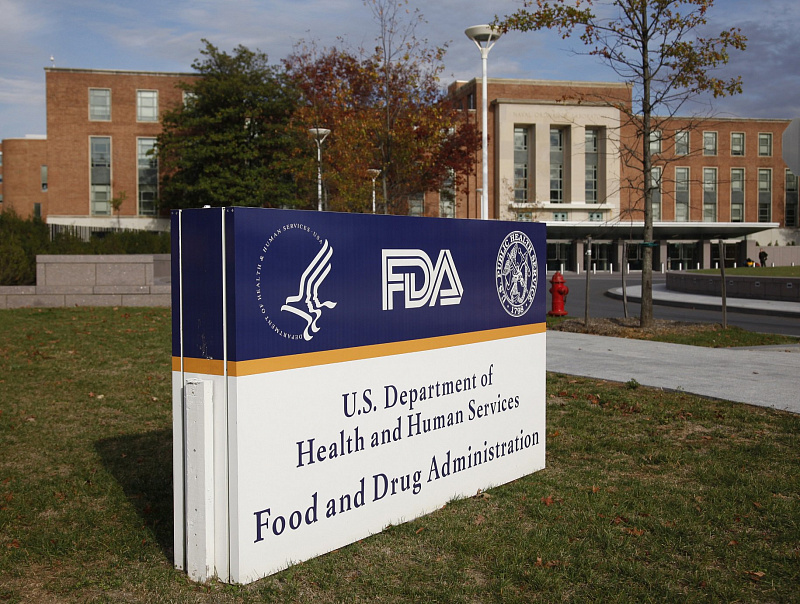 The fallout from Biden’s booster push may be responsible for a major mutiny and increasing discord within the FDA. Two of the agency’s top regulators are out as increased pressure mounts to authorize vaccine booster shots and doses for young children under the age of 12.

The two regulators resigning are Marion Gruber, director of the FDA’s Office of Vaccines Research and Review (OVRR), and OVRR Deputy Director Phil Krause. Gruber has been with the FDA for more than 30 years, and Krause has been at the agency for more than a decade. Their departure is a huge loss for the agency with key roles in addressing critical vaccine-related issues and side-effects.

It may not end here with a festering rebellion within the agency who seem to be out of lockstep with the WH and the CDC over the premature decision to anoint a drug into the veins of young children who for vast majority are not at any risk of hospitalization when contracting the virus.

These key resignations may have likely been a culmination of events with the highly conspicuous, yet much heralded FDA approval of the Pfizer-BioNTech COVID-19 shot on August 23rd. With Biden, the CDC, and the media’s capricious tone on the remaining nail of hesitancy pried away to induce the unvaccinated to roll up their sleeves, the president and world leaders now have their stick to mandate vaccines for all federal government employees.

This momentum has resulted in large corporations, hospitals, the travel industry, and higher education leading the way in requiring their employees and students to be vaccinated in order to return to the workplace or school. The extension of the vaccine mandate has resulted in the momentum for vaccine passports to attend civic events, restaurants, riding public transportation, and moving about freely in the marketplace.

When reviewing the FDA letters sent to Pfizer, the Biological License application was simply approving to call the COVID-19 drug with the brand name Comirnaty; and still requires nearly a dozen additional clinical studies over five years with annual grade reporting – specifically noting further analysis for the younger population. Comirnaty is not a fully approved drug; but rather an approval to manufacture the drug under a brand name and further clinical studies must take place to assess side effects of the drug over longer periods of time.

A second EUA letter from the FDA to Pfizer simply grants the stayed Emergency Use Authorization of an experimental drug now branded as Comirnaty and now permits injection of persons aged 12 through 15 years under emergency sanction. Pfizer must also include warnings of side effects related to pericarditis and myocarditis. Let’s be clear, this experimental vaccine is not fully approved for use as prescribed and perceived in the media; and the shots should not be mandated and legally forced while under further clinical reviews.

The FDA resignations of two leaders with a combined 20 years of service in reviewing vaccine-related issues may be in large part of their unwillingness to stand behind the decision to juice up additional injections for the third time and perhaps a fourth knowing immunity wanes quite quickly after the jab and those who are fully vaccinated are now falling victim to the virus.

A recent major study by the Mayo Clinic that reviewed thousands of PCR tests found the effectiveness of COVID-19 infections dropped in July to 42% for the Pfizer vaccine and 76% for the Moderna vaccine. The effectiveness of long-term protection with the vaccine can no longer be masked with the alarming rate of breakthrough cases as demonstrated in Provincetown, Massachusetts where three-quarters of 469 residents infected during a recent COVID-19 outbreak were fully vaccinated.

Some in the FDA may be alarmed over the recent analysis by Luc Montagnier, a world top virologist and Nobel Prize winner for his work in discovering HIV as the cause of AIDs. He says the world is silent about Antibody-Dependant Enhancement (ADE) where the vaccine is creating the variants by forcing the virus to find a way to stay alive and mutate or die. We just don’t know the extent of the vaccine’s ability to manipulate variants; and yet the tracking for third doses is being prepared.

Comparatively, the cautious responses by government to previous vaccines rollouts has been far different to the rush given to this vaccine. In contrast, when the US vaccinated 45 million for the swine flu in 1976, 53 people reportedly died after the shot, and the US government immediately halted the vaccination. According to the data from Vaccine Adverse Events Reporting System (VAERS), they have registered over ten thousand known COVID-19 vaccine related deaths. How many deaths go unreported? VAERS has also reported thousands of heart attacks, hospitalizations, tinnitus, and high rates of deep vein thrombosis associated with this vaccine, not to mention real concerns over possible fertility issues in women. In comparison, the Menveo vaccine for preventing meningitis had one known death following the vaccine over a 5-year period from 2010-2015.

In adding further concern on whether the employees embedded at the FDA are fully committed to the COVID-19 vaccines was the compelling response by Peter Marks, director of Center for Biologics Evaluation and Research at the FDA, when he was questioned by the Senate Health, Education, Labor and Pensions Committee on May 11 on what percentage of the employees in the FDA have been vaccinated. Marks said he could not tell the exact number but probably a little bit more than half, probably around 60 percent of his employees are vaccinated. Do they know something we don’t know?

Western democracies, specifically the United States, have refrained from an authoritarianism level of control or pressure similar to that of the Chinese communists on independent regulatory agencies. It is a dangerous precedent to see the FDA become weaponized by the political arm of government in their effort to coerce and force entire populations to inject emergency use medicines still subjected to long-term clinical studies.

If the government runs roughshod over the FDA with key voices of objection now removed, what guarantee does society have that other invasive treatments or unconstitutional compliance measures are not enforced in the future? We are already witnessing the fallout with the government’s nod to the private sector and institutions to implement mandatory vaccination and passports; along with social media platforms doing the bidding of government by censoring opposing positions and freedom of speech.

Vaccination efforts that penalize the non-compliant with social and economic limitations is inherently oppressive. Physicians, nurses, and those in the private sector who express opposing opinions or refuse this vaccine are being threatened with the loss of their license, suppressed, and their employment will be terminated. In short, the unvaccinated will be left behind in society.

Society is breaking down into a divisive us and them situation where the political and news media mantra has repeatedly stated this virus has become a pandemic of the unvaccinated, anti-vaxxers are responsible for the lockdowns, and in some cases being refused medical care and labeled as murders. The climate for persecution against the unvaccinated is becoming evident while the temperature for domestic unrest is rising.

History has shown time after time that government’s excessive state control by creating an environment where there is a lack of access to employment and a means to survive, a denial of freedom to move about in the community or travel, and imposed isolation can create the potential for civil unrest. While protest in a democracy is healthy, no one should advocate or participate in unruly unrest, however medical coercion is wrong and should be illegal in removing one’s ability to live, work, and provide.

With the high-profile resignations at the FDA, there is growing friction and mistrust between the regulators and the Biden administration’s third shot booster plan. The government’s resolve to push forward without the FDA’s full approval of the vaccines as a safe medicine for all ages of the population may result in a further mutiny among the FDA’s employees and the agency’s collapse under political pressure.