The Real-Life Spy Novel to Take Out Trump and Putin

Since the election of former President Donald Trump in 2016, there has been a relentless obsession by the U.S. government and federal agencies to remove and eliminate both Trump and Russian President Vladimir Putin from the world’s political landscape. 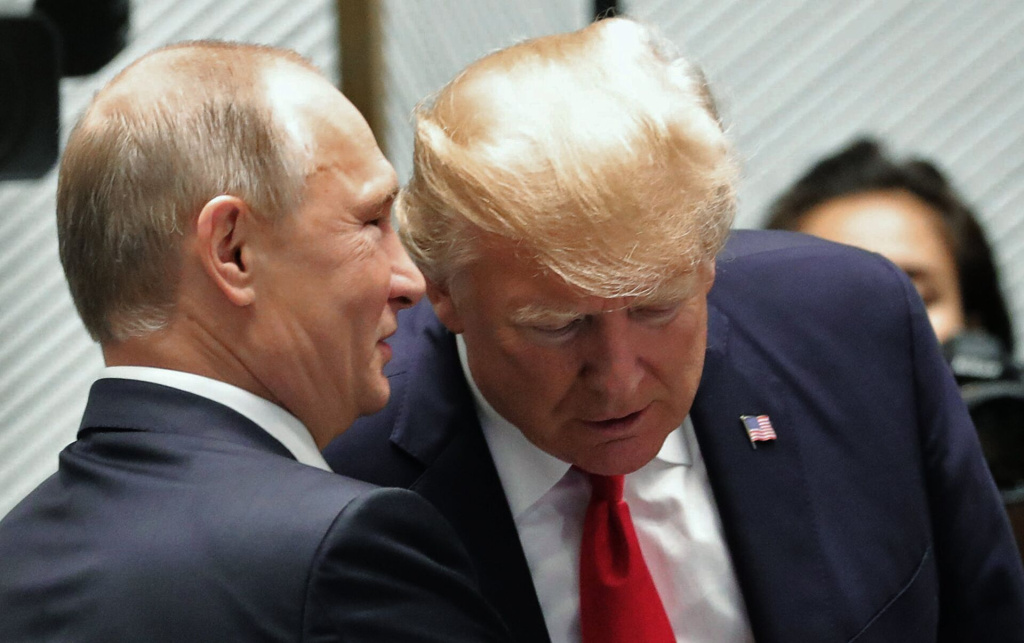 If the orchestrated failure to obfuscate Trump’s win in 2016 as a Russian collusion was not enough to conjure a contrived attempt by plotters in the CIA, FBI, Congress, Big Tech and willing news media to illicitly remove a sitting president, we are now much deeper in the latter chapters of a bestselling Tom Clancy espionage novel to do whatever it takes, including risking a nuclear war.

The design became more intriguing when a trifecta of hit jobs critical of the two despised foes took place over a 24-hour period. On December 21, Lindsey Graham (R-S.C.) stated Russia’s conflict with Ukraine will not end unless Putin is taken out. Graham, who has a history for foreign military intervention, said, “How does the war end? When Russia breaks and they take out Putin. We are in it to win it”. Did Graham place assassination on the table?

Later that same evening, Ukraine’s President Volodymyr Zelensky vowed victory as he backed the truck up for another $38 billion in U.S. aid and military weapons during a televised appeal to the American people before Congress. U.S. President Joe Biden, with support of Senate Republicans, complied by committing to arm Ukraine with Patriot Missiles. Make no mistake, this latest escalation will require American boots on the ground.

The following day, the Jan. 6 House Select Committee released an 845 page politically damning report lamenting Trump as a criminal. The committee voted to refer Trump to the Department of justice for prosecution. Their prime objective is to seek a mechanism to bar Trump from holding any federal office in the future due to unsubstantiated violations of the constitution while engaging in an alleged insurrection.

The committee was a sham from the onset, with Republicans barred from participating in the hearings and only allied witnesses called to testify with no cross-examinations. On the referral, the DOJ must decide to prosecute Trump, who has declared his intention to run for president in 2024, or simply maintain a cooked-up consensus in the headlines to wear down his polling numbers. A trial might be the best news for Trump where the persecuted can justly defend himself in the court of public opinion and expose the machination.

Question alternative intentions behind the American funding of Ukraine, demonstrate or raise concerns over the unconstitutional changes to electoral process across several states, or balk at the allegations and legal proceedings against Trump; and be prepared to be squashed in the media or worst, risk a raid by the FBI and locked up in the hellacious top-security prison in Washington alongside the Jan. 6 defendants.

Who would have fathomed the much heralded and clean-cut non-partisan U.S. federal law and spy agencies could fall so rapidly into political corruption? Elon Musk, since taking over Twitter, was asked if there was part of the files that really shocked him. Musk said, “The FBI stuff is pretty intense. To be totally frank, almost every conspiracy theory that people had about Twitter turned out to be true.” The revealed files contained documents detailing the company’s censoring of tweets from conservatives and suppressed information on Hunter Biden’s laptop that would have exposed Joe Biden and potentially altered the outcome of the 2020 presidential election. Mission accomplished, and the spy network thwarted Trump’s re-election.

On Dec. 21, the same day the media covered the trifecta, there was little to no mainstream breaking news that Twitter aided the Pentagon’s covert online psy-op campaign aimed to sway opinions throughout several Middle East countries. Apparently, the network provided cover and protection to the U.S. military’s social media accounts while whitewashing several accounts, including U.S. drone strikes killing people.

The political arena has always been vicious with backroom payoffs—however, the volume of in-your-face do whatever it takes, as long as the end is justified by any means, has become the norm. Outright lies misleading an ingenuous public that is force-fed through multi-channels of coordinated talking points has become a prime method of deception. The fear of being exposed or embarrassed by some astute members of the media is simply swept under the bed by doubling down on the narrative.

The distressed condition Trump has encountered are thousand-cut slashes and clashes following two bogus impeachments leading to his vindication over the Hillary Clinton campaign-funded Russian hoax. The plot thickens with a faucet-dripping catalogue of civil and criminal investigations against a political leader vying for the presidency. The attempted decapitation of Trump before 2024 is obvious and attuned to a despot country, but who will care and risk a subpoena.

· District Attorney in Manhattan spearheading a probe into the family business.

· The Westchester DA investigating the valuing of Trump’s golf course.

If there are any non-partisan scruples remaining in the DOJ and FBI, a probe into the collusion between government and the tech industry to determine if the likes of Twitter, Facebook, and Google did the bidding of the FBI and other government entities. Who will investigate the cross-pollination of employees where techies joined the FBI and ex-intel were hired by tech companies as a means to be evasive yet very connected with their former employers?

A starting point may be the Foreign Influence Task Force, originally charged with combating foreign governments attempts to fuel discord in the elections, however in a classic-Clancy fashion, FITF turned it politically infected claws inward to domestic operations that targeted Americans by building liaisons with big tech companies. The embedded amalgamation breeched the constitution with one side flagging the politically damaging reporting and tweets, and the other side suppressing and censoring on behalf of the hidden underbelly.

Biden said he is not walking back his statement that Putin must be removed. In a speech earlier this year in Poland, the U.S. president claimed, “We will have a different future…for God’s sake, this man cannot remain in power”. Biden is on the same page as Lindsey Graham.

With $105.5 billion spent and committed in U.S. aid and weapons to Ukraine, more than all other countries combined, the U.S. is certainly not intent on advancing a brokered resolution to end the conflict but rather all in for however long it takes to crush Russia. Mitch McConnell, the Senate Republican leader, made it quite clear there is no rational to end the conflict when his party endorsed the gargantuan spend, “Providing assistance to Ukrainians to defeat Russia is the number one priority for America”. Hundreds of billions of dollars to secure Ukraine’s border is the top priority and not America’s borders. Huh?

Moving to the climax of the espionage novel, Putin has raised the stakes when he announced Russia’s preparation to deploy the RS-28 Sarmat intercontinental ballistic missiles – nicknamed Satan-2. With what is considered by some to be the most advanced missile traveling at 16,000mph and reportedly carrying 15 independently targeted nuclear warheads, it could annihilate England in just six minutes. There is no defending against it if, or perhaps when, this world-ending monster is unleashed.

How far will America go to chance a Putin bluff? Anything short of Russia retaining Crimea and its Black Sea fleet, NATO expansion into Ukraine, or a devastating attack on Moscow; and the redline will have been crossed with no turning back from the brink of a nuclear holocaust. America’s investment is not about solutions, peace, or preserving Ukrainian democracy. For some, this is a personal score to put a dagger into Putin.

The last chapter is yet to be written. Will Trump and Putin survive, or will they be taken out? Will we all go down? To be clear, this is not fiction.