Whether it is tax cuts putting more money in American’s pockets, a red-hot economy breaking records on the stock market and creating the most employment in history or mitigating MS-13, IS and the nuclear threat on the Korean Peninsula, President Donald Trump’s success is derided in every conceivable obscure fashion. Even if he cured cancer, there would still be a concocted narrative to ridicule the miracle.

So, it was no surprise that Senator John McCain’s funeral service will be remembered more so for the collective animosity and sharpness towards Trump, rather than the kind words of the senator himself.

What is it like to be the most hated man in America? What is it like to know everyone; the Democrats, the Republican establishment, and the devious media have stooped to a level of crude spitefulness; yet somehow acceptable under the guise of a solemn venue? The partisan conglomerate is quick to spot the speck of saw dust in their fellow American’s eye and pay no attention to the plank in their eye. 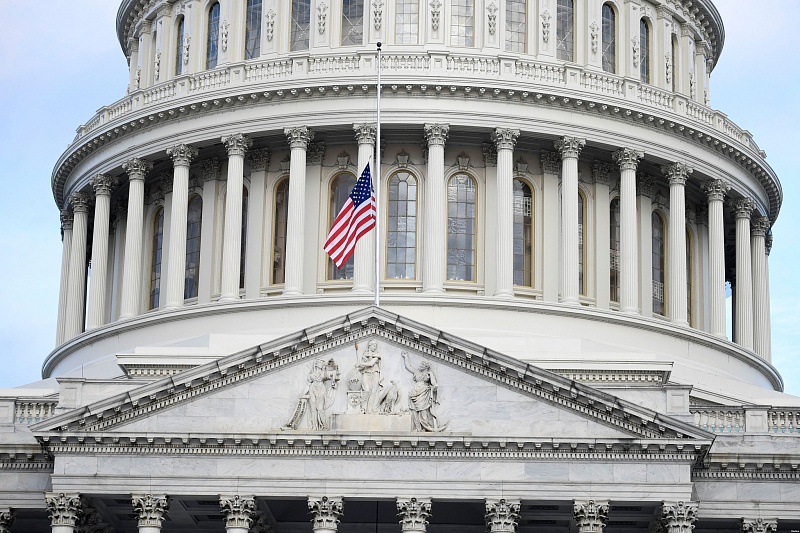 First it was the Russian collusion narrative where the DNC funded the phoney Trump dossier that was passed from a CIA operative to none other than Senator McCain, who in turn handed it to the same authorities, who coordinated the events and are now the jury conducting the investigation. Then came the attempts to break down Manafort and Cohen only to find the latter saving his own skin by exposing the legally paid hush money to silence past sexual indiscretions. Now we have witnessed the latest attempt to exploit McCain’s death by going long and over the top in yet another slash in a thousand media-driven cuts to bring down Trump.

While there were many kind words and memories of McCain’s valor and service to country during the eulogies, the service will be reminisced more for going to his resting place in a barrage of petulance rather than his choppy tenure in the senate and two failed attempts to become the President of the United States.

Though Trump wasn’t invited to McCain’s funeral, two former presidents, Barack Obama and George W. Bush, both took aim at his conduct and policies. It was no shock that Obama went right after the man who was elected to undo a great deal of damage to American greatness under his presidency and dismantle Obama’s dwindling legacy.

Without naming Trump, Obama admonished him for the political discourse as mean and petty. Obama said, “Trafficking in bombast and insult, and phony controversies, and manufactured outrage. It’s a politics that pretends to be brave and tough but, in fact, is born of fear.” Obama went on to say McCain “understood what makes our country great”.

In the election of 2008, most of the same voices we are hearing today in the media and in the Democratic Party condemned McCain. Things were different when then candidate Obama did not admonish his supporters and nasty editorials during the campaign when they belittled McCain’s war record, mocked him for the injuries he suffered, scoffed at his age, and some had even accused him of being racist. Yes, a former political enemy of your current political enemy can be your friend.

It was much more of a surprise that Bush took a few swipes at Trump, knowing he was once the most hated man on the planet and could perhaps empathize with such a distinction.

Bush, who defeated McCain in 2000 to become the Republican presidential nominee, perhaps mutedly supported Trump by praising the late senator’s courage and honesty “no matter whom it offended”, but then aligned with the united plot, adding “above all, John detested the abuse of power, and could not abide bigots and swaggering despots”.

Perhaps Bush was thinking more about himself and hoping the tide of media hatred towards him will wane that much sooner, if they found him to be a new ally and tool in the anti-Trump crusade.

One may surmise the red-blooded everyday American can see past the deceitfulness of past elitists and heavily weighted biased media where the most hated man on the planet continues to overcome daily incoming salvos and rises victorious from every graze and laceration.

I would like to make abundantly clear this has nothing to do with animus towards McCain’s service to his country; but rather the suspect media playing up the Senator’s posthumous visceral embraced by political heavyweights in the gloves-off sanctity of a funeral. Even the late senator might appreciate this honesty no matter who it offends.