The West and Russia between a regional or an Eurasian power

During the Cold War the West always complained about 5 th columns of Moscow, infiltration of universities, companies, security apparatus, media and political parties and movements by the KGB, Eastern support for the peace movemnent, while the own interference in the Eastern bloc via the CIA for the Solidarnosc, Charta 77, the East German churches and opposition , mudjahedin, Muslimbrotherhood and Islamists and anticommunist movements and groups were kept secret. While the Cold war ended in a peaceful revolution, Western interference has not stopped. There were many efforts by the West to support the Arab spring, but brought not that peaceful results as the European coloured revolutions of 1989, but a desaster and mess to the Greater Middle East, millions of refugees,civil wars, the Islamic State and and Islamist winter. The West also tried to inplement its sort of capitalism in Russia by sending US economist Jeffrey Sachs as Jelzin adviser who made the 100 day´s crash privatization leading to a economic desaster Sachs today is apolozing for. The Western interference in Ukraine lead to the situation that Putin intervened as he didn´t want another NATO state at his bordes and see the Black Sea Fleet vanished. In Ukraine there were Putinbashers as Mc Cain or Guido Westerwelle at the forefront of the Maidan . It would have been interesting to see one of Putin´s representative at an anti-NATO demonstration in front of Merkel´s goverment building calling for her toppling. 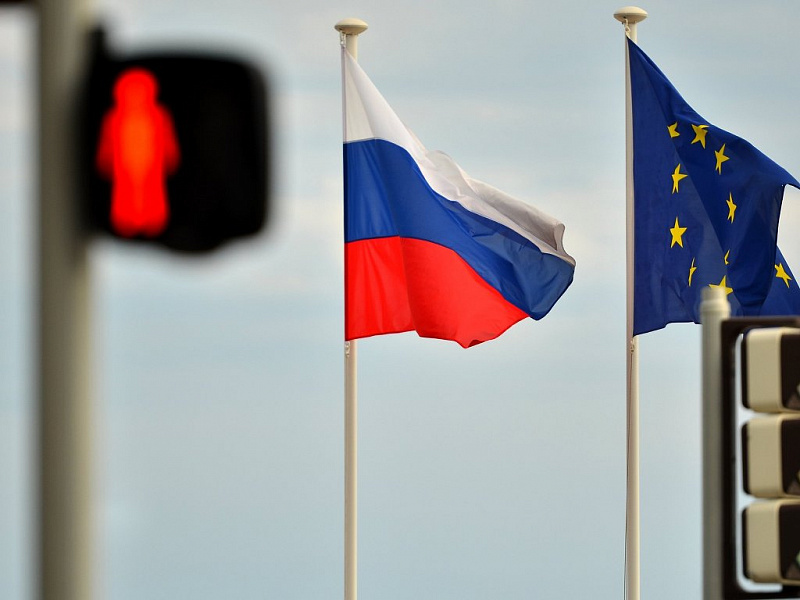 Now the West is complaining about Putin meddling in Western elections, the Brexit, portraying Trump as Manchurian candidate of Putin, giving a 40 million Euro credit via an oligarch to the Front National. If it is not a selfexcuse for own political mistakes, Western politicans should take this serious. Of course this is annoying for the West, but on the other side the question is really if Russian interference is the decisive factor for lost elections or referendums and one should not forget the funds for the Russian opposition by the West and NGOs to topple Putin or the young leadership programme by an US university for Nawalny which are normally sponsored by the CIA. Also interesting to see that Nawalny could start a drone to make a propaganda movie in the Russian social media which showed Medjedevs villa. Therefore you need some sort of intelligence and support. We also shouldn´t forget about the reality that the CIA and the MI 6 were and maybe are supporting Little Russia oligarchs in New York or London together with the Chechechnian opposition.

Dr. Kurtonov ( chief of the Rusian International Affairs Council) proposed a non-interference pact between the West and Russia to make clear that the West didn´t want to topple Putin and in return Putin doesn´t want to topple Western goverments. The question is: How could this be achieved? Has the West to silence the exile opposition, freeze the assets of anti-Putin oligarchs, sent them back to Russia and expel them? How could they be silenced as the West has constitutional rights allowing the freedom of opinion and expression and political activities even for the exile opposition. How could they freeze their assets? Like Al Capone to bring them to trial for tax fraught, money laundering or what? Expel them and send them back to Russia would be another unthinkable option as it would be against the selfunderstanding of the West as haven for freedom.

Therefore such an noninterfernce pact seems to be not feasible or if the West would agree on it it wouldn´t be a matter of open policy, but an inofficial gentlemen´s agreement of secret diplomacy. But what the West could do is stop ist support for NGOs and opposition leaders in Russia if Russia stops meddling in Western elections and supporting parties like the Front National.

The case of the Chechen/Georgian dissident murdered in Berlin is another example of mutual interference. He was part of the Neocon-Victoria Nuland-Kaga-. Saakashvili-CIA- Soros network which coordinates anti-Russian activities in Georgia, Belarussia, Chechenia and Ukraine- from coloured revolutions to armed struggle. Many Westerners complained that Putin can´t murder dissidents in the West. However it was interesting to see when Putin in a press conference claimed that the murdered Chechen/Georgian was responsible and involved in the bombing of Russian civilians in the Moscow subway, there were no further reactions oft his supporters which also involved the Heinrich Böll Foundation of the Green Party. Normally you could wait for such Putin-bashing, as the political murder on a democratic non-terrorist dissident cannot be accepted by the West. However, you heard nothing. It should be clear that the West is not supporting terrorist act on Russian soil and that he shouldn´t be surprised if Russian security services eliminate real terrorists as the USA did with Osama Bin Laden or the Israelis with Palestinian terrorists after the attack oft he Black September on the Olympics in Munich or Hamas terrorists.

.The West has to ask itself what is the goal of its interference: Even Freedom House isn´t speaking in categories of the free world and the unfree world anymore , but is at least distinguishing between free elected goverments, semi-free elected goverments and not elected goverments. Authotariatism is also a spectrum of intensities. The Polish Pis is not that authotarian as Putin and Putin is not that authotarian as Xi- China which will be the avantgard leading state towards a new digital totalitarism as Kai Strittmatter describes in his book „The reinvention of the dictatorship“.Putin- Russia compared to the Sovjetunion or to Xi-China is a semiauthotarian or even semi-liberal state. And the question is: Will the West change anything about this if he is pushing Putin and Russia in the arms of neototalitarian Xi-China.

The West has to ask itself what is the goal of its interference: Should the goal of Western policy be a totally value-based regime change policy towards Russia pronouncing the differences or should it get to some real politician compromise and a new sort of cooperation instead of confrontation? What should be the goal: To topple Putin or his successor to get a democracy in Russia and let Ukraine and Georgia become new EU and NATO states and reduce Russia to a regional power or not to risk an Russian spring which could bring instability, drive it into the arms of China and maybe risk a war and promote a New East Policy which accepts Russia´s geopolitical interests and let Ukraine and Belarussia become neutral bridge states connecting the Eurasian Economic Union and the EU to an Eurasia or Greater Europe.