How would Germany and Russia position themselves in the event of a Sino-American war?

One can agree with Carl Schmidt, namely to rethink things for the state of emergency and also to prepare mentally for worst case scenarios. An important question that comes to my mind again and again is how Germany will position itself in the event of a Sino-American war – itself and within the EU, especially since it is quite possible that Rumsfeld polarization will re-establish itself in old and new Europe. So far, this question has only been asked once, namely in an 8-page publication by the German Stiftung für Wissenschaft und Politik (SWP)/ Science and Politics Foundation, but more than a short question and without any answers and only in the event of a limited conflict in the South China Sea, which would not escalate in a Sino-American war.

At the beginning of the Corona crisis, Trump-USA and China are as global exceptions kickstarting their economies despite losses of human deaths in order to get in a pole and winning position for the geopolitical struggle for a new world order. Trump already blames China for Covid and wants to hold it responsible for economic and human losses as the propaganda for his America First policy. While many observers think that the geopolitical struggle will be softened and dampened by the Covid crisis, the opposite is also possible. That Trump after he would be reelected will escalate the Sino-American power struggle for the No.1 world power position., even to war, be it the Airsea Battle scenario or TX Hammes Offshore Control. While the death tolls are exploding in the USA, China is sending a aircraft carrier group through the Taiwan Straits to the South Chinese Sea, while the US sends its nays with some allies. At the same time, the Iranian Revolutionary Guards warn US ships to cross their area and The USA warns Iran and also criticizes the start of an Iranian military satellite. The EU is now starting its more symbolic navy mission Irini for Libya while the proxy war there between France, Italy, Russia, Turkey, the Gulf States, Saudiarabia and Qatar is escalating at the moment. The Islamists are starting attacks and offensives in Libya and Africa despite or because of Covid. There are now enough powers who want to make use of the Covid crisis and weak governments. Means: The geopolitical struggle for world dominance hasn´t ended with Covid. 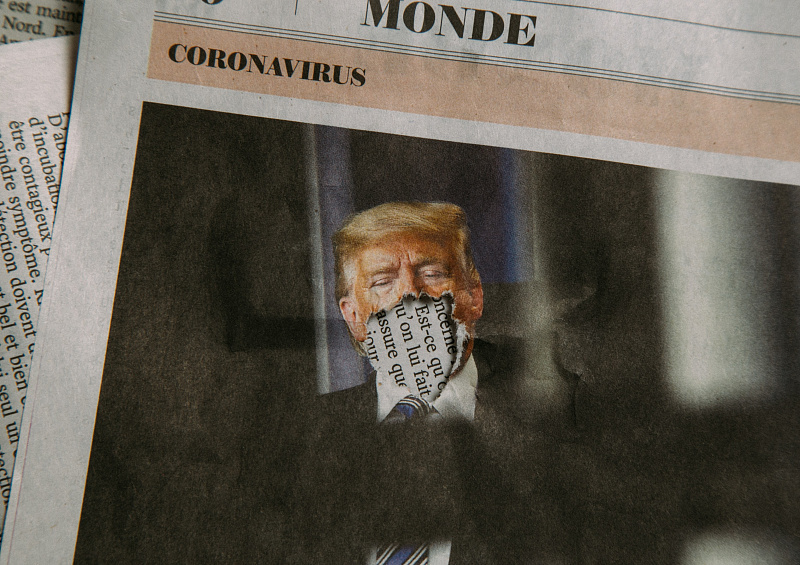 On the one hand, one should see that Trump tried a lot to win Putin over to him. The fact that Trump was negotiating directly with Maduro, that the democratic opposition and Guaido were left outside, shows that he also wanted to use a deal in Venezuela as an opener for a deal with Putin. Hence, logically, his insistence that Putin should be included in the G7 again. Although US-Russian relations are currently facing a new arms race following the termination of the INF treaty, it should be seen that the termination of the treaty should also give the United States the opportunity to arm medium-range weapons against China in the Pacific. Despite current moods between the United States and Russia, Trump still seems to hope to get Russia on his side or neutral in the upcoming conflicts with Iran and China. There are actually only two possible options for Russia: Go to war against the USA together with China, maybe even using the US focus on the Pacific for changes in Europe or staying neutral and being the laughing third party. But very unlikely that Putin will go with the USA to war against China.

An interesting detail is that Trump canceled the NATO drill Defender 2020 against Russia, while he keeps up the combativeness of the US military against China and Iran. NATO canceled the drill, Spain was calling for NATO´s support in the Corona crisis management, NATO declared that it would engage in the fight against pandemics, but nothing happened. The European governments were relying on their national states, resources and their own national military. Is NATO paralyzed? However, if it is to Corona or the political decision of Trump not to continue the Defender 2020 drills against Russia, this could also be seen as a signal to Russia that we don´t want to offend you, but are self employed and that the backbone of the US military won´t engage against Putin-Russia, but against China and Iran. As Professor Rahr correctly described, Trump essentially only wants bilateral alliances with some core countries that he considers important, and the EU and Germany as well as China and Iran are equally opponents. Especially since you also have to see that Germany and the EU have very close economic and political contacts with China, which he considers harmful to the USA. Germany only would have three theoretical options in an emergency: 1) Go to war against China with the United States, which would not happen militarily, but more politically, diplomatically and economically, or perhaps more than more burdensharing in the area of ​​the Greater Middle East and Europe, as Trump has already done Syria and in arms spending and NATO. 2) Neutrality. maybe in the senes of a strategic balancing – the question is to what extent this would be accepted or not sanctioned by the United States, Russia and China 3) Going to war against the United States – totally unthinkable at the moment.

Therefore, only the first two options remain, especially since Germany also has to try to assert its position in the EU and coordinate with the allies, which could also trigger a number of differences within the EU. It is unlikely that the EU will speak with one voice in this case. Whatever is astonishing, how ignorant some academics are about the question of a Sino-American war: on the one hand, they categorically exclude the possibility, on the other hand, they are of the opinion that this remains a local war, and they still have the traditional Cold War image of war in their brains when there were only conventional and nuclear weapons, the new theaters of space and cyberspace are not yet in their heads, nor the US studies of the CSBA Rethinking Armaggeddon and The Second Nuclear Age, in which the difference to the first nuclear age of the Cold War is described as unstable in view of the new multipolarity, economic interdependencies and new weapon technologies. The fact that Beijing can blind or destroy European communication and navigation satellites, such as the Gallileo system or by means of cyberattacks, can blackout entire European cities or paralyze critical infrastructures. They think Asia is far away and that does not concern us, especially since some fools think that Germany in the event of such a conflict, could even be the laughing third party, not to mention the economic and human losses.