What is the EAEU and China’s BRI?

Starting from January 2015, Russia and several neighboring Central Asian republics formed an economic union known as the Eurasian Economics Union, (EAEU). The purpose of the EAEU is to create a single economics space. The goals of this union include a single market between neighboring states, lowering food prices, an increase in employment, and increased production capacity. The current member states of the EAEU include Russia, Armenia and Belarus, Kazakhstan, and Kyrgyzstan. Syria, Vietnam, and Thailand have also shown an interest in joining this union or establishing a free trade zone with this organization. Contemporary to this new Russian led economic union is China’s Belt Road Initiative (BRI) plan. The purpose of China’s BRI plan is to create a new “Silk Road” bringing in goods from East Asia to European markets more readily than before. For this plan to be achievable, China wants to invest in creating a new, more efficient transportation network through Central Asia. By improving their transportation infrastructures China’s BRI plan can help in modernizing the economies of Central Asian states involved in this project. The EAEU’s long term goals is also to modernize the economies of its member states but as well remain competitive with other regional organizations like the European Union, (EU). Since the EAEU and the BRI plan share compatible goals, a partnership can exist benefiting both China and the EAEU. Therefore, it will be in the EAEU’s interest to promote and cooperate with China’s BRI initiative in the region. 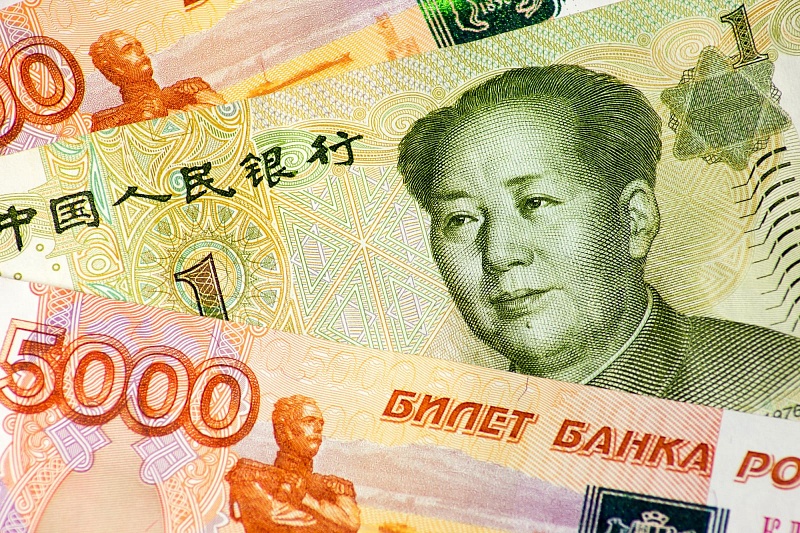 How can cooperation between EAEU and China’s BRI work?

Anton Bespalov writing for the Valdai Club explains how Russia benefits from closer cooperation between EAEU and the BRI initiative. Through China’s BRI plan, goods can move more freely and quickly unimpeded between markets in East Asia and Europe. This would mean improving hard and soft infrastructures within Russia and fellow EAEU member states. Hard infrastructures are roads and railways while soft infrastructures are new trade agreements with a legal system in place to enforce these agreements. Valdai Club director Yaroslav Lisovolik acknowledges the EAEU and Chinese long terms goals may be different. Whereas China wants to develop transportation infrastructures in Eurasia so more goods can move more quickly through the region, the EAEU is not just interested in improving their transportation corridors. The EAEU also wants to integrate regional economies so that this will raise the standard of living within these states and continue to modernize them for the 21st century. Development in the region can be accomplished through China’s “Three Pillar Approach.” The first pillar deals with Eurasia’s strategic industries like telecommunications. Eurasian states could be integrated into China’s 5G network. This would allow various countries inside Eurasia to share a homogeneous communications conduit providing up to date, real time information on European and East Asian markets. This in turn will help modernize communications infrastructures within these states. The second pillar deals with the modernizing the land and maritime routes transiting through Eurasia including rail and maritime networks. As a part of its BRI plan, China has invested heavily in East Asian ports as well as seaports in Africa. By cooperating with Russia and the EAEU, China can invest in improving the current rail networks in Central Asia. By improving these railways this will help modernize these countries’ transportation infrastructures creating a more efficient and reliable transportation network. A quicker, more reliable transportation network will promote further economic development in the region. The final third pillar concerns China’s ability and willingness to provide financial and capital investments to support many countries’ infrastructures. By providing financing to many countries’ infrastructures this may open more markets to Chinese goods. China uses two large financial institutions like the Asian Infrastructure Investment Bank and the China Development Bank to provide financing for countries helping to modernize their infrastructures. China will continue to invest in local infrastructures throughout the world as the payoff for these investments will be future markets for Chinese goods. China hopes to accomplish this in Eurasia as well.

Why does China need a working relationship with Russia?

The EAEU can make economic gains by building a working relationship with China. However, does China really need cooperation from Russia to carry out its BRI program globally? Could China simply bypass Russian interests in creating new economic corridors through Central Asia? The answer is China cannot pass up an invaluable economic opportunity cooperating with Russia on its BRI plan. One of the most important links in China’s BRI policy deals with “Ice Silk Road.” Russia has the longest coastline facing the Arctic Ocean. Therefore, it remains the most important nation utilizing the Arctic Ocean for maritime trade. This trade route through the Arctic Ocean is known as the “Ice Silk Road.” The “Ice Silk Road” is a maritime trade route that links East Asian ports to the West through the Arctic Ocean. This maritime route is much shorter than traditional sea routes around Asia and the Suez Canal. Utilizing this new sea route allows East Asian nations like China to move goods more quickly to European ports. Zhang Yao writing for China’s Global Times writes that, “The ISR (Ice Silk Road) is an open initiative that abandons geopolitical thinking and advocates cooperation and a win-win perspective.” By 2017 Russian and Chinese leaders agreed to further cooperation on sea routes transiting through the Arctic Ocean. With regards to sea routes in the Arctic, Russia is not only in an advantageous position because of its geographic proximity, but also through its use of nuclear-powered ice breakers. These icebreakers open sea lanes through frozen sea ice allowing merchant ships to transit through the Arctic. Currently Russia possesses the only fleet of nuclear-powered icebreakers in the world. Other countries possess icebreakers, but these are normally powered by diesel electric engines that require constant refueling and maintenance. Nuclear-powered icebreakers can operate at much longer periods without having to refuel. In anticipation of this increasing maritime traffic in the Arctic Ocean, Russia has begun a future expansion of its nuclear-powered ice breaker fleet under Project 2220. Under this project, three new nuclear-powered icebreakers will be built by Russia’s nuclear power company ROSATOM through its subsidiary Zio-Podolsk. This expansion allows Russia to open sea lanes in the Arctic to a greater number of merchant ships using the “Ice Silk Road.”

Partnership between the EAEU and China’s BRI can benefit the EU.

Publicly controversary still ensues between Russia and the EU over Ukraine and Crimea including economic sanctions against Russia. Yet privately, the EU understands a working relationship must still exist with Russia especially over the issue of a future “Eurasian Land Bridge.” The Eurasian Land Bridge is the transportation corridor linking East Asia to Europe. This trade network connects Beijing in China through Astana (Nur-Sultan) in Kazakhstan and finally on to Moscow and Berlin. Potential profits for the EU supporting a trade network through Central Asia remains an enticing prospect for European markets and China and cooperation from EAEU member states is necessary for these improved trade links. The EU will need Russian cooperation for future developments in Eurasian trade networks since the corridor linking China, Russia, and the EU account for 95% of China-EU railway traffic. FERRMED a private non-profit group advocating for rail freight on the European continent has argued that improving connections between the European Union’s rail freight lines into Russia will account for 60% of the EU’s “Core Network Traffic” dealing primarily with China.

Why does Russia need Chinese support with BRI?

The Russian political leadership understand that in order for the EAEU to be an appealing alternative to other regional organizations like the EU they need to develop a strategy that can provide real economic development for its member states. The best prospects of achieving this goal is joint cooperation with China’s BRI plan. Vladimir Yakunin chairman of the Dialogue of Civilizations Research Institute says, “The joint building of the Belt and Road Initiative proposed by President Xi is a global initiative that is equal, open and will benefit the global economy.” In 2018, trade between Russia and China amounted to $108 billion and continued future trade can benefit both nations. Russian Deputy Prime Minister Igor Shuvalov characterizes this cooperation between China’s BRI and the EAEU as a “Greater Eurasian Economic Partnership” closely modeled on similar regional organizations like the EAEU and the Shanghai Cooperation Organization. Currently Russia has been approved to receive up to $10 billion in financing from the China Development Bank to help facilitate further cooperation between the EAEU and the BRI. Some of the future proposed projects currently under discussion include the creation of a high-speed rail network linking East Asia and Europe and future development projects in the Arctic Ocean for maritime trade.

The EAEU has many critics who believe it is not so much a regional economic organization as really just a political ploy by Russia in preventing neighboring states from joining the EU. “I don’t believe that the Eurasian union is [going to be] able to open the door for modernization,” said Alexey Malashenko, an analyst at the Carnegie Endowment’s Moscow Center. Therefore, according to its critics, the EAEU is not really economically viable alternative to the EU. However, Russian President Vladimir Putin believes the EAEU can serve as a counterweight to the U.S. and the EU and their domination of the world economy. As a “counterweight,” this means the EAEU with further future economic development can allow businesses within their union to provide fair competition with rival businesses from the EU and the U.S. on the world stage. Therefore, a partnership with China, one of the world’s largest economies, would serve the EAEU’s interests allowing them to become an economically viable regional organization for the future. Understanding China’s dependence on transportation corridors through Central Asia and Russian cooperation over trade routes like the “Ice Silk Road” would encourage continued cooperation. Therefore, a joint partnership between China’s BRI and the EAEU would continue to serve in their best interest.