What these British are waiting for? I mean Brexit.

Moving about one year ago to London from Moscow has proven to be an interesting experience for me. Understandably, that every state is interested in the affairs that impact or can potentially impact the state. So, in autumn 2018 everyone was on discussing Brexit. In introduction courses in the University, professors have mentioned not once and not twice in what great time we – all the international students – live as we could witness the United Kingdom leaving EU – a truly historical moment. London as an international hub and a global city is undoubtedly pro-EU for reference, basing on 2016 referendum results and my experience. If I was not sure what to talk about with a person whom I just met, I just asked what his opinion on Brexit was. In this case, we could talk about 20 minutes solely on Brexit so broad was the topic. Once I asked my British-Indian friend: ‘What has been the news talking about before Brexit?’. And he was like: ‘Well, how one politician was eating the sandwich…’ In brief, nothing interesting and nothing special was in UK politics before Brexit. The United Kingdom was following previously the EU, NATO, the US, so an independent move (Brexit) was met with enthusiasm and interest from the global community. Indeed, for 2 years Brexit has become the concentration of the debate in the Parliament and grabbed people’s attention both in the UK and worldwide. 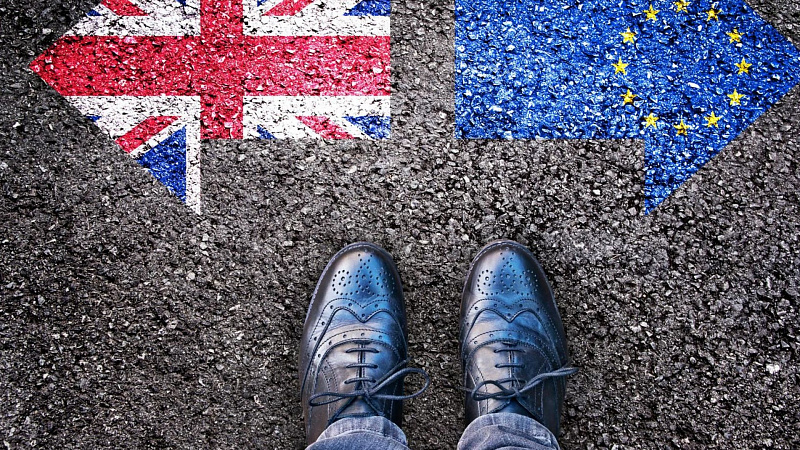 Feelings and attitudes have now changed. Everyone was preparing for a big date on the 29th of March: banks, shops, people, etc. When Brexit did not happen (there are many reasons why), the business and people got tired if not exhausted and dissatisfied as the government could not find a proper solution. It looks similar to a big event: when you invest a lot of preparation and time for something, but it does not happen and gets postponed. Not to forget why it was especially important to leave on the 29th of March. So, the United Kingdom would not participate in the European Parliament Elections. However, the United Kingdom did not leave, so 73 MEPs were elected on the 23rd of May. Now the United Kingdom bogged down even more with the EU. However, it is another question to discuss to what extent the United Kingdom was and is truly connected with the EU. They have never been within Schengen, having their separate visas and not accepting Schengen visas as other state-members do. They have never been within Eurozone, staying with pounds. United Kingdom is on the islands, separated geographically from the EU excluding Channel Tunnel.

To continue, now Brexit is more like a splinter which you must remove to live, to go on. The United Kingdom is in this situation. They need to leave the EU because people in the referendum have voted to leave. And it is a different question that the was no prior deep analysis before referendum, no proper campaigns so people could understand the consequences of their vote, the wording has been vague at the referendum sheet. But it happened with the turnout of the population with more than 72%. The Parliament could and can revoke Article 50 of the Lisbon Treaty to cancel Brexit without the consent of EU member states to remain in the EU. However, going against the national referendum’s results would seem the violation of the people’s will. It would be difficult to hold the second referendum now on the same topic that might have been a solution as the first referendum outcome exists, and it has to be respected.

One of the main reasons why UK did not leave the EU on the 29th of March was that the UK and the EU could not agree on the financial question. Who should pay for Brexit? You may say that as the UK decided to leave, they have to cover all the expenses. There is some logic here but meanwhile, United Kingdom is the second biggest net contributor to the EU budget. It means that UK pays more to EU than it receives. So, Boris Johnson indicated that the UK would not pay 39 billion pounds of the divorce bill agreed by Theresa May. The other shift within the new government of Boris Johnson is the ultimate desire to leave on 31 of October no matter if the deal is reached or not (nevertheless, the Parliament has frozen the possibility of leaving EU without a deal). For this purpose, Prime-Minister has achieved suspending Parliament for 5 weeks – a shutdown. However, it caused massive protests among people across the UK as it is thought to violate democratic principles. So, the general situation is complex and complicated. Last but not least the UK has started preparing for the worst if no-deal appears with Operation Yellowhammer…

Theoretically, the United Kingdom can return to the EU in the future. If people of United Kingdom vote to be within European Union, if all European Union members will accept the UK back (another point worth mentioning – why all the decisions take so much time within Brussels – they have to be unanimous), why the UK cannot return. Especially if the United Kingdom find out that it is economically disadvantageous to be without EU. Otherwise, within the trend of nationalism, the UK will remain independent, to what extent it is possible being meanwhile a part of the North Atlantic Treaty.

In my further posts, I am eager to discuss in greater detail the factors that significantly influence Brexit such Ireland, Conservative and Labor parties, the impact of Brussels, and the economic context of Brexit.