Is the deadlock being reached NOW?

As I mentioned in the previous article the cancellation of the referendum will signal the violation of democracy in the United Kingdom. What is more, it will ultimately lead to throwing away all the time that London and Brussels used to negotiate all the conditions of Brexit. So, it makes sense for both parties to proceed, if it is possible to proceed from the deadlock… 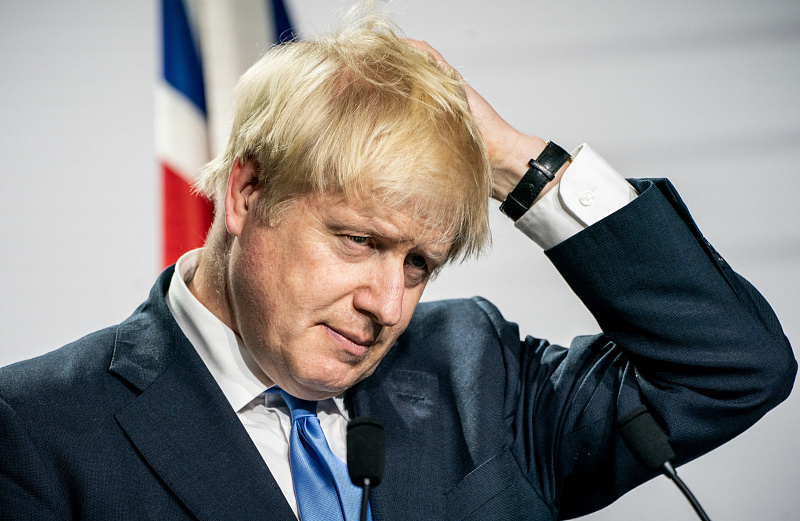 To negotiate with the EU successfully and to reach a deal that would be satisfactory for the UK, you need leverage. You need at least some leverage to pressure the EU as I believe the EU will not make concessions voluntarily but only when they see that they have to do so. British Prime Minister now lacks completely the leverage. Why? The reason is that the Parliament (before the suspension) has passed the law obligating British Prime Minister to ask the EU for an extension till 31 January 2020, unless the deal or no-deal exit has passed in the British Parliament until 19th of October. It means that the EU does not have to concede in any part of the possible deal. If Prime Minister would not agree with the EU on something in negotiations, he must ask for the extension (that the EU may grant or not) unless he decides to pursue and finalize no-deal Brexit despite the new law. Reasonably, it may lead to chaos, opened confrontation between the Parliament and the Prime Minister, and new protests on the streets. If Boris Johnson does not survive the turmoil, the EU can get a more flexible British leader to negotiate the conditions.

How the UK can escape this kind of deadlock? Well, to remind Brexit is both political and economic decision. In the economic field, it looks like the UK will suffer economic losses from Brexit. The majority of the research while comparing the growth of the British economy within the EU and outside the EU suggests that the UK will experience about 18% reduction in output in 2030. So, the UK has to minimize these losses while leaving the EU. At first, the losses look inevitable, as the UK to become independent, has to leave the European Economic Area (EEA). If they do not do so, the whole Brexit becomes just a fiction. When the UK leaves EEA, the country has 2 options to pursue. The United Kingdom could either conclude new Free Trade Agreements or start trading on WTO terms (what would happen on the very first day when the UK leaves the EU without a deal). So, how can the UK find a path from such an economic dead-end, while the EU is the biggest trading partner that accounts for 54% of UK imports? Moreover, when the UK loses the free trade with the EU, the UK does not have the free trade with all the parties with whom the Free Trade Agreements have been reached with the EU that applied respectively to the UK such as Canada, South Korea, etc. To minimize those the effects Britain has secured deals with 13 states so far mostly replicating EU Free Trade Agreements.

However, as for now, the UK has the possibility must seek to make agreements with completely new actors and seek for partners all over the world. One of the examples of the ‘big’ agreement is one between the UK and the PRC which are now discussing on Huawei to be included in developing 5G network. However, the rapprochement with China might lead to the US’ dissatisfaction who is another partner to look at. Previously the EU and the US could not conclude any kind of Free Trade Agreements. Does it make sense to seek independence first from the EU to become dependent from the US straight away? To follow the US standards, not the EU regulations. And will the quick deal with the US solve the gap in trading with the EU? In the multipolar world when the EU might have been considered as a great power who could counter the US or PRC, the UK would be a sole ship in the storm which needs to bring enormous effort to stay on track. So, with other parties such as the US and China, the UK has to be cautious. Ideas to enlarge significantly trading with Russia are naïve as Russia is against the UK ideologically. The Russian-Ukrainian Crisis and the Salisbury Incident cannot be easily and softly overcome in the foreseeable future. It requires deep dialogue, and the UK is to busy now for that.

Now at this condition of uncertainty, the UK not only loses time not being able to deliver Brexit but money as well: uncertainty is not good for business. The UK experiences the losses in the automotive industry, as the investments in research and development drop vastly. The PMs remind me the students who work the hardest when the deadline when it is approaching but will do everything possible to extend the deadline and not do much in advance. What they can do in 3-6 months if they could not achieve that in 2 years? Now I feel the only possible solution is the one that Boris Johnson proposes: to leave the EU and to see then what would happen and how it would all work. The problem is that it will cause certain disruptions (limitation of fresh food products, medications are especially at great risk as ¾ are delivered through the Channels). The time on the border will not work for the advantage of the United Kingdom. And how the UK could be successful in mitigating in the weak position? To escape the deadlock, you always need creative thinking. The idea was to make the UK the Singapore of Europe. Well, the British Empire has been so? So, the Commonwealth revival is a possibility? A fragile balance between all the states? The UK now will have to position itself in a rather different world compared to when it became part of the European Community in 1972.

OTHER RECORDS
What these British are waiting for? I mean Brexit.
Maria Golub
Tags
Brexit, EU, UK, EEA