Print
[1]Thanks to the Expert Scholarships that exist to bring Young EAEU Changemakers together, I’ve visited 3 of 5 EAEU countries over this Summer. This experience has made me reflect on Brexit and think about Eurasoscepticism prevention.

By the time the EAEU turned 5 years old, countries of the Eurasian Economic Union started realising what lies at the very core of its integration process. Moving away from clinical conversations about 600 barriers, exemptions and limitations, we are now approaching the “lively” subject of preventing the greatest barrier of them all – the human one.

While it might not be how we choose to frame the conversation, it is abundantly clear that we are closely watching the Euro-British “divorce” happening in front of our eyes. The “divorce proceedings” look way too familiar, as they remind those headline-grabbing court battles that usually take place at the Royal Court of Justice in London. You know the feeling: you watch the rich and powerful get divorced, and, although you might be younger and/or less influential, you wonder how to prevent it from ever happening to you.

Granted neither Jean-Claude Juncker nor Boris Johnson are storming out of the Royal Court of Justice, we are recontextualising this situation to the EAEU case with the same intellectual zealousness.

After all, certain things beg for comparison. A year after Brits voted to leave the EU, the “EDB Integration Barometer-2017” also indicated significant fall in public support of the EAEU. It was then when public support has fallen by 10 points compared to the peak values of 2014. Around the same time, experts started covering the emergence of “Eurasoscepticism” more frequently. Although it is worth noting that this phenomenon was anticipated ever since EDB launched its “Integration Barometer” back in 2012.

Yet, while “Eurasoscepticism” is reminiscent of “Euroscepticism”, there are distinct differences between these two. Over 70% of 18 to 24-year-olds, who voted in the referendum, backed the Remain campaign in contrast to 60% of voters over the age of 65, who voted to leave the EU.

Furthermore, If Brexit Referendum was to take place in 2018, 82% of British aged between 18 and 24 would vote to Remain. This means that support for the EU integration keeps rising among young Brits. As for the EAEU, the situation was quite the opposite until very recently. It was the older generation that was more vocal in their support of integration. For instance, according to the “EDB Integration Barometer-2015”, only 48% of Belarussian youth aged between 18 and 34 supported Eurasian integration compared to 74% of Belarussians over the age of 55 who wanted to integrate.

Keeping one’s hand on these numbers has allowed to develop a set measures for prevention of Eurasoscepticism. Thus, the Director of the Center for Integration Studies of the Eurasian Development Bank, Evgeny Vinokurov started talking about the need for “public promotion” of the Eurasian integration all the way back in 2014. Yet, while making his case for public promotion of EAEU integration, he particularly stressed how “very important [it was] to refrain from substituting informational work with propaganda that fuels a strong reaction in post-Soviet citizens”.

Back then, Mister Vinokurov presumed that the Russian International Affairs Council (RIAC) was likely to become one of the strategic partners in this process. As an expert in ESG (Environmental, Social & Governance)/SDG integration into corporate and investing strategies (as well as public policy that goes along with it), who has also become a fan of integration processes thanks to so many years of living in the UK, I’ve entered the world of public promotion of EAEU via RIAC myself.

Having attended the Expert School on the “Role of the International Financial Centre “Astana” in the Financial Integration of the EAEU”, which took place in Nur-Sultan during the 5th anniversary of the Union, I was stunned to discover that “Eurasian Hangouts” (as they are colloquially referred to) are a rather vibrant expert community by now.

It’s quite easy to see why the EAEU experts started turning into a cohesive community. Thanks to the Expert Scholarships that exist to bring EAEU experts together, I’ve visited 3 of 5 EAEU countries over this Summer. (Apart from the RIAC’s programs, it was also the “MedIAtsiya” program of the Information Agency Centre at Lomonosov State University, as well as the “Young Eurasian Leaders: Success Stories” Forum in Minsk that was organised by the “Sever-Yug” political science centre). As strange as it may seem, it is those 600 barriers, exemptions and limitations that I’ve talked about in the beginning, that are helping to remove the human barrier. The 5 countries have similar barriers and limitations, which means that one can share life-hacks until the end of times. The more we share our experiences and healthy scepticism, the closer we resemble (albeit, a slightly dysfunctional at times) family that shares too much in common to pull a “filer à l'anglaise”[2] on the partners. 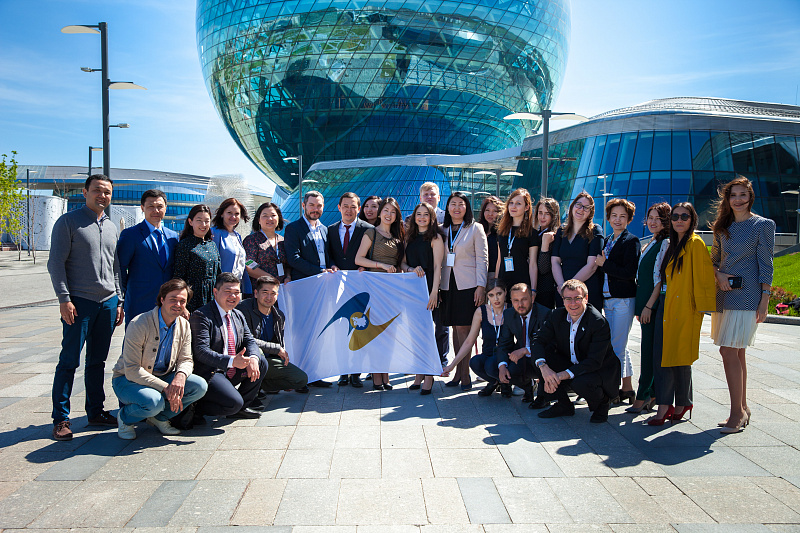 [1] The Russia Version of the Article was published on the 28th of October, 2019 at https://ia-centr.ru/experts/elena-novikova/leto-shkol-eaes-kak-zdorovyy-evrazoskeptitsizm-pomogaet-integratsii/