Successful talks between Russian Foreign Minister Sergei Lavrov and U.S. Secretary of State John Kerry provide an opening for broader discussions. But these measures do not include mediating and checking the ongoing efforts of feuding regional powers Qatar and Saudi Arabia, whose big money and disruptive tactics have joined with western interests to advance a parallel government and army in Syria.

Earlier this year, U.N.-Arab League envoy to Syria, Lakhdar Brahimi, who was part of the negotiations along with Kerry and Lavrov ostensibly representing what Kerry has referred to as “the Assad regime” caved in to a Qatar sponsored resolution that designates the Syrian National Council (SNC) as the official representative of Syria at the Arab League. Qatar even built a new embassy for the SNC in Doha.

The moderate Islamist, Ahmad Tumeh, is reported by various sources to have been elected on Saturday, September 14th as provisional prime minister of the opposition Syrian National Coalition (SNC). Reuters reports that Tumeh plans to bring order to areas of the nation that have been liberated from the Assad regime. The SNC was established in Doha, Qatar on March 27th, 2011.

Prior to the Kerry and Lavov meetings ITAR-TASS reported that Syrian Foreign Minister Muallem met with Lavrov September 9th and agreed that the Ba’ath regime will provide Moscow all information related to the 2,000 metric tons of chemical weapons, storage sites, location of precursor chemicals that US and Russian intelligence believe Assad has acquired, some of it from western organizations. All media chatter about the opposition controlling stocks of chemical weapons, whether true or disinformation, stopped. One small detail… president Assad has yet to sign the agreement.

The long UN evaluation process carries the risk of the United States putting “boots on the ground.” General Dempsey’s charges may be in Syria to mediate the conflict between the Free Syrian Army and other rebel forces and Ba’ath units loyal to Assad. This is how another $3 trillion Iraq-style war can get started. As a reminder of this, president Obama continues to dangle the use of force.

The FSA has raised the concern that Assad not having signed off on the deal is slowing down the process of installing a new government. That bluster had enough weight to it that U.S. Secretary of State John Kerry spoke to FSA leader General Salam Idris, who is currently based near they Syrian border in Turkey, to assure him that Washington launching an attack on Assad controlled Syria is very much an option.

Then too, there are no indications that president Vladimir Putin has backed off from his “yes we will” commitment to support Syria if the nation is attacked. Meanwhile the two factions, both with a strong complement of cadre from other Islamic nations rumbles toward their third year of civil war. 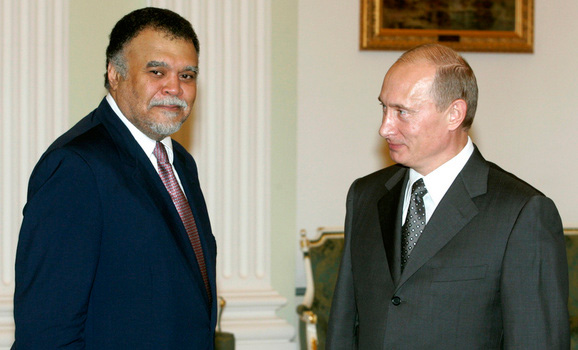 Syria and Egypt have not signed the Chemical Weapons Convention nor have they declared production facilities, basing their reluctance on the possibility that Israel holds an arsenal of nuclear weapons that can be used against them.  For its part, Israel has signed the Chemical Weapons Convention, but refuses to ratify it or declare production facilities because of concerns they will be gassed by Egypt and Syria. This mindset is a throwback to the “mutually assured destruction” groupthink that saw defense spending emerge as the driver of the world economic order during the Cold War era. Since a fundamentalist regime in Syria will not change Israel’s position it will further slow down the pace of Putin’s gambit with Syria.

Running in the background of all this is economic warfare, particularly the desire in Washington, Quatar and Saudi Arabia to reduce Russia’s footprint in the lucrative global liquid natural gas (LNG) market and oil markets .

An article in the well-respected Christian Science Monitor on Saturday echoed the propaganda drumbeat, raising the question of whether “anybody can break Russia’s hold on Europe’s gas?” Retro Reaganite “evil empire” jargon.  Blame Russia for Europe’s economic problems when it controls only 30 percent of the Euro market.  After all, it’s Russia’s gas to sell on the free market.

Instead of talking to a European analyst or a representative of a Russian firm like Gazprom, the writer of the Monitor story sourced David Goldwyn, a former special envoy for international energy affairs under former Secretary of State Hillary Clinton. Meanwhile, Washington ally Norway has just overtaken Russia as Europe top LNG provider, loosening Russia’s “tight grip” over the market.

Qatar remains the world’s largest liquid natural gas exporter. Rasgas, founded as a joint venture with Exxon-Mobil in 2007, has a long term agreement to provide French energy giant Electricite de France (EDF) with deliveries of LNG via ship for the lucrative northwestern Europe market. And the two nations have ideas about a LNG pipeline across Iraq and post-Assad Syria, avoiding the Horn of Africa, and the Suez Canal. One reason France wants to see events in Syria play out quickly. 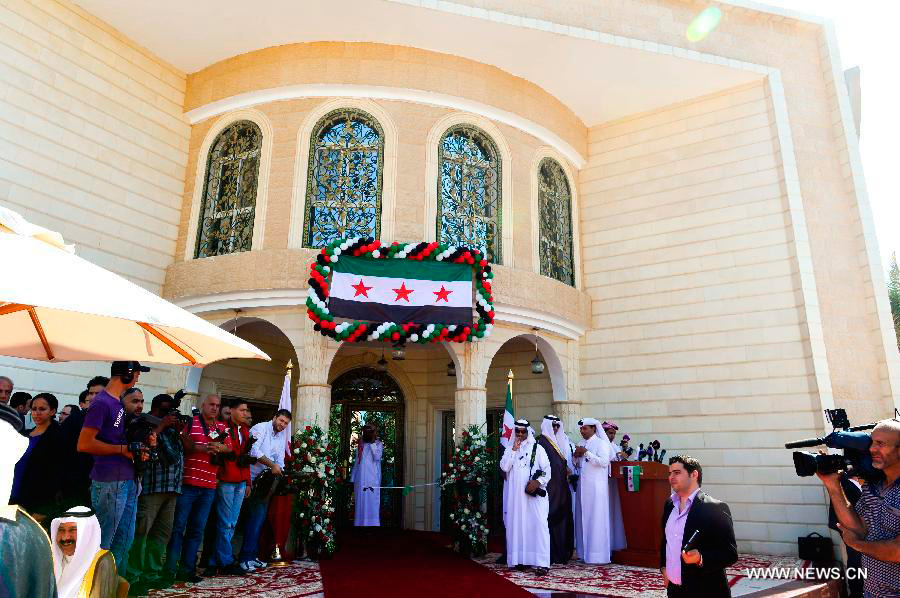 What happens to the Assads?

Regardless of whether there is a peaceful transition or not it’s unlikely that the former ruling family would remain in Syria under the new regime. It’s too risky.  Would Russia offer protection and asylum to a family that has been a loyal ally for over four decades?  It’s a little different than the Saudis setting up Ugandan despot Idi Amin with a penthouse suite and a security detail for life in big hotel. Another video of Basher and Asma walking along the Rue Faubourg St. Honore like the famous paparazzi one you can see on You Tube. Don't think so.

Prominent Saudi journalist Jamal Khashoggi, former press adviser to retired Saudi intelligence chief Prince Turki, wrote in Al Arabiya on Saturday “Syria, under the reign of Assad, has become a mere "ball" in the Russian court – a ball played to score goals for Russia.”   He also said that the chemical weapons deal “is Russia's last hug of its friend – a hug that will eventually end him.”

That considered, maybe it’s time that Hollywood award an Oscar for public diplomacy. That’s all I’ve got to tell everybody for now. EWE