Sports diplomacy existed long before Joseph Nye coined the term “soft power”. It was supposed to peacefully “co-opt” political actors rather than threaten or coerce them—which is, historically, how “hard power” works. But facing the Covid-19 pandemic, in existential terms, soft power gets left at the starting gate because the pandemic represents a threat greater than the threat of nuclear weapons, and mediating the Covid-19 threat it is not a series of polite conversations, but a merciless race against time

Against this backdrop, to palliate the anomie and the psychoterror caused by the pandemia, some world leaders are supporting the return of competitive athletics—spectator sports—to create the sense of a "new normal." The costs of doing this are likely to be more social, than political. After all, Vladimir Putin and Donald Trump are well known sports fans. Joe Biden is not.

TASS reports that the Russian Premier League football championship will resume play late next month. Germany's vaunted Bundesliga has already started playing in empty stadiums with some modified rules and players and venues under strict medical control. Online advertising that link to gambling sites appear on nearly every sports journal or sports gossip site about the Bundesliga and lesser leagues that you visit. There is talk in London's Fleet Street press that England's Premier League wants to resume games in June in spite the reluctance of a few team owners and, some players. As the pandemia continues to kill, professional sports in the United States including football, baseball and basketball are planning to resume playing, to empty houses via television. It is the same throughout the "British Commonwealth," where cricket has an audience of around a billion people eager to watch—and bet on—games. Hundreds of billions of dollars in sports and entertainment economy dollars have been lost and among the powers behind those interests, there is a sense that "winback time" is approaching. For them, in business terms, it is time for them to recoup their losses.

But how long will it be before sports fans grow tired of just watching—and betting—on sports online from their homes. We are already seeing the pressure—via social media—the desire of people to return to the stadiums. People want to escape quarantines and lockdowns and eat, drink and be merry. This means the return, en force, of racism, hooliganism and other types of violent behavior. People want to hang out at sports bars with restaurants, go to betting parlors, take cruises and ride ferry boats that offer sports and table gambling. Some of these "fans" are members of organized clubs that have links to criminal and extreme right wing groups, and these organizados (what the groups are called in Latin America where I live) will create more challenges for those involved in policing sports crime. Las Vegas will soon be open for business with social distancing enforced, visitors required to wear masks, and have their body temperature taken on walking through the door. That gives a green light to just about everybody. Good guys, and bad.

Sports diplomacy existed long before the term "sports diplomacy" was coined. We can find it first at the 1936 Berlin summer olympics, where african-american Jesse Owens soundly defeated the best athletes prodced by Adolf Hitler's "master race". A message was sent. A message of freedom winning out against totalitarianism. Ironically, the Adidas shoe company claims on one of their websites that Owens won his gold medals running in their shoes.

We can also find sports diplomacy associated with Hungary's "Golden Team" featuring Ferenc Puskas and Gyula Lorant that won the 1952 Helsinki olympics gold medal in football and was a finalist in the 1954 World Cup in Bern, helping foment the ill-fated Hungarian revolution which created political, and public relations problems, for the Kremlin. One can argue that both of these situations were "hard power" sports diplomacy, before the concept of "hard power" was even "branded." It was the era when the calculations to develop nuclear power—and nuclear weapons—were made with slide rules, not supercomputers.

During the same Cold War period, during the global polio epidemic (it was not called a pandemic), the Kremlin allowed millions of Soviet citizens to be tested with the polio vaccine developed by the American doctor, Albert Sabin. This was an amazing diplomatic and humanitarian effort promulgated by two bitter Cold War rivals. It is unlikely that similar cooperation to develop a Covid-19 vaccine can happen in our current political-psychological scenario. Some countries want to develop "their own" (proprietary) vaccine and not share. It's analogically akin to a child who is holding a chocolate bar, saying "this is mine and you can't have any." Other fearmongering politicians and internet influencers say that cooperation to develop a Covid-19 vaccine invites "industrial espionage" or "cyberspying."

Maybe the Covid-19 pandemia will create the impetus to "repurpose" what we call "sports diplomacy" in the "post-pandemic era." One hears the FIFA slogan, "for the game, for the world." And there is the slogan "we are basketball". Or the Asian Football Confederation meme "one Asia, one goal." Will these slogans, memes, and their superstar spokespersons and expensive advertising and public relations campaigns hold the same meaning in the "post pandemic era" or will they become less relevant? Do average sports fans, women and men, or even the athletes—if you stopped to ask one of them getting off their team bus or out of their limousine (when they are not wearing the headphones they are often being paid to endorse) know what these slogans mean, in general, and to themselves?

As the pandemia continues, the so does the demonization Moscow and Beijing, and the assesment of "penalties" and sanctions by one nation to another in realpolitik— via public diplomacy, economic policy, social media. It's reminiscent of the role of the "enforcer" that we see during games of ice hockey. This current scenario further stretches the frayed fabric of cooperation between security services and police organizations (and back channels) among the major powers, including those who are at odds with each other. 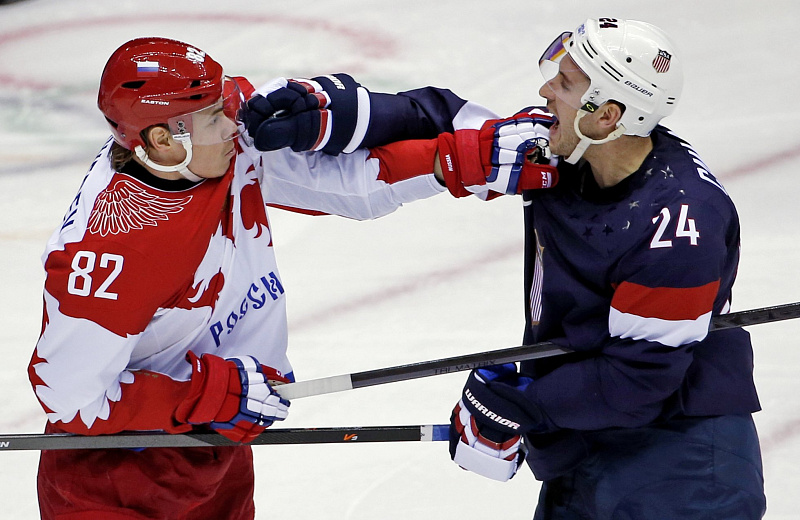 Cooperation, not confrontation as examplified by the politics of "vaccine nationalism" that been manufactured by the White House is what is required to contain the current pandemic. Then too, because mainstream and epidemiological media are reporting that the possibility of producing successfuly a vaccine that will be effective during "peak periods" is only 50%, an effective countermeasure may never emerge from at least one, among the several vaccines that are being developed. Nations ought to work together to minimize the risks of the current—and the next global health crisis—rather than operate at cross-purposes, which only doubles down on those risks. Why aren't very many "sports diplomats" or "sports brand ambassadors" having "soft power" conversations about that...