Regardless of whether you consider Edward Snowden a patriot or a scoundrel the chances that he will be granted asylum in Brazil have become extremely remote thanks to Snowden’s trusted adviser Glenn Greenwald.

The ex-Guardian journalist was involved in floating an e-diplomacy hoax that was interpreted in the media as an official request for asylum to the government of Brazil. The move raises questions about the future credibility of soft power and online public diplomacy on the internet because it blurs the distinction between journalism and propaganda.

President Dilma Rousseff had to intervene personally to dismiss the clever e-diplomacy hoax  floated on social media by Greenwald and his partner David Miranda that went viral on Facebook and other social media. Millions of people in Brazil and elsewhere joined the flashmob.

What they don’t understand is that with president Dilma’s stated commitment to creating a group of nations who want to institutionalize government regulation of the internet Brazil is not a nation that would be in alignment with the open web and open secrets that Snowden or Greenwald advocate.

Any nation that gives Snowden asylum is facing a stiff pricetag.  In London, the Metropolitan Police say that the estimated cost of providing security at the embassy of Ecuador that houses WikiLeaks co-founder Julian Assange was £3.8 million (around $7 million) between June 2012 through May of this year.  It will cost more if Snowden gets asylum in Brazil because he and his entourage will be free to travel and will require protection services. 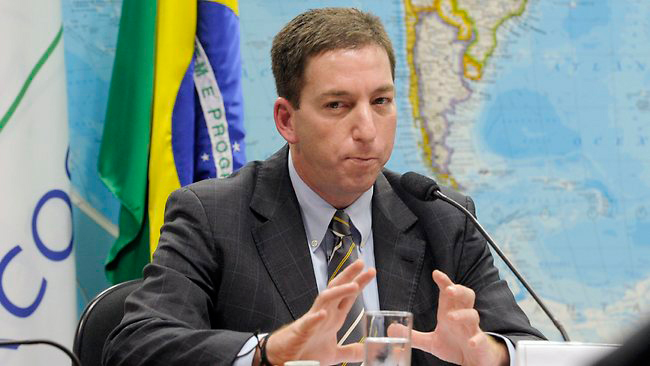 President Dilma was in an upbeat mood when receiving French president Francoise Hollande for a state visit at Planalto Palace, which was attended by this blogger. The two nations renewed and strengthened the strategic alliance that will share with Brazil technology to operate a fleet of nuclear submarines, develop new nuclear power plants and provide some oil and natural gas exploration know-how.

As soon as Hollande left Brasilia Dilma went into damage control mode. In an article published by Folha de Sao Paulo and mirrored by other media she dismissed the e-diplomacy hoax, saying “I don’t deal with intermediaries…”  In Brazil the president authorizes formal requests for asylum and she hasn’t seen one from Edward Snowden. Now, with 20 known asylum requests sent out and no takers, Team Snowden continues to be faced with the challenge of finding a new home.

Russia has provided Snowden with temporary residence for one year. But the New York Times reported in July that the Dmitry Peskov, a spokesman for president Vladimir Putin, indicated that the Kremlin formally rejected Snowden’s request for asylum.  France also formally rejected an asylum request by Snowden in July.

Last month, the Merkel government in Germany rejected a formal request to give Snowden asylum last month. Now the incident with Brazil.  The clock at the Kremlin is ticking and time is running out. Will Snowden’s fate mirror that of the late CIA whistleblower Phillip Agee who bounced through   Cuba, Nicaragua, Mozambique and Germany before being readmitted to the United States and finally dying in Cuba?

In Brazil, where Greenwald lives on a residence permit, Fohla de Sao Paulo obtained the text of Snowden's "An Open Letter To The People Of Brazil" and ran it in Brazilian Portuguese offering an English translation. Greenwald has not claimed authorship of the letter nor has he said he was involved in developing the action plan that launched it. But he has been extremely vocal commenting about through the media.

The letter suggested publicly that Snowden was willing to trade information connected to alleged surveillance activities performed by the United States during the Obama administration for the promise of asylum.  Under normal conditions of statecraft such offers would be made privately and through official channels.

Snowden advertising interest in a prospective deal is different than the Facebook spy trades in 2010 that went on quickly and got high profile media coverage.

In simplistic terms it pits those who are part of and finance the global justice and open secrets movements who feel, that as non-government actors their views can create a better world, against sovereign nations who seek to preserve their hegemony and national security in a world of unstable institutions.

Snowden, Greenwald and Assange hold a vision of an almost child-like (some would say idiot-savant) global village that advocates open secrets and think they are powerful enough to be a peer rival to the national security states.  But the reality is that they have become peer co-dependents, dialing for dollars, hearts and minds as they act out the great game.

Glenn Greenwald’s response to them has been the battle cry of a classic agitator, provocateur, saying “come and get us.”

Greenwald, who has left The Guardian, is no longer a part of the media and has turned against them.  Making some former allies part of his blame game he has tweeted that they made the mistake of creating the story that Snowden asked for formal asylum. 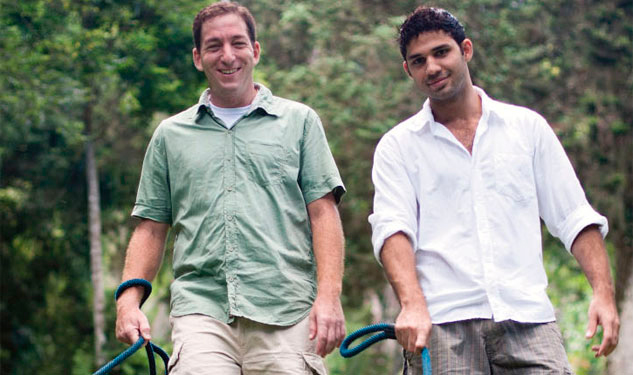 As the clock winds down, meanwhile, Snowden has put a new soft power spin on his whistleblowing, saying the motive for his actions was always to help the National Security Agency get better at what it does, not to damage it. To that end, he recently has told the national security journalist Barton Gellman that “I’ve already won.”

Edward Snowden's year in Moscow has turned into a three way chess game between him and his base of non-government actors, the United States and Russia.  The next few months are critical in Snowden's gambit and whether he remains a player or falters in the end game and become a pawn. Sarah Harrison, a key legal advisor (but not a lawyer) provided by WikiLeaks, has left his entourage in Moscow.

In chess terminology, Snowden is in a classic bind.  His position hemmed in by the arrangements that he and his advisers negotiated with the Russian government and some intermediaries.

Greenwald claims to be in possession of all the data Snowden downloaded as a consultant at Booz Allen Hamilton, and possibly on earlier jobs and says keeps the crowdfunding action going by telling the media that the most damaging parts of the revelations are yet to come.  As a preventive measure he always carries his laptops with him in a backpack and he has distributed the entirety of Snowden’s data quarry to trusted allies in case something untoward happens to him.

What Snowden didn’t say in his Christmas message over Channel 4 in England filmed in Moscow by his friend Laura Poitras is that the news media and telecom industry in the United States has been in cooperating with the intelligence community ever since 1954, when treaties that arranged today'' massive global intelligence share-out were enacted.

Journalists like Edward Jay Epstein, Bob Woodward and Bart Gellman are part of that officialist system. They play the same role that Victor Louis, Georgy Arbatov and Vladimir Pozner played for the Soviet Union during the Cold War. Sometimes the mission is to inform. Other times it is to control.

Russian president Vladimir Putin, as part of his initiative to create a positive image on the eve of the Sochi Winter Olympics has provided a window of transparency for the Snowden crowd to speak out. NBC news reports that president Putin has called Snowden a "noble" man, although the two have never met.

Noble or not, neither Greenwald nor Gelman nor Laura Poitras go beyond the surface on the real Snowden.  It is inconvenient to their value systems to acknowledge the scope and history of the forces that undergirds the great game that he got himself into. They, like the intelligence community itself, have compartmentalized their work, talking only about the privacy issues as they relate to what Snowden has uncovered.

Meanwhile, while everybody is holding conversations on a cruise to nowhere the treaties on intelligence cooperation and side deals continue to operate. The Patriot Act and its updates continue to be law. The open secrets, WikiLeaks, world justice crowd that lives on Twitter and Facebook has too short an attention span and represent an agglomeration that is more apt to disrupt than to implement constructive change, particularly regarding loss of privacy.

The same thing happened after Watergate with the Church Committee.  The most untouchable of Washington power brokers, Clark Clifford, basically walked away from BCCI.  The Iran-Contra episode was whitewashed by The Tower Board. President Obama offers talking points to curb the NSA. Plus ca change.

The same defense contractors and internet giants who are calling for the NSA to back down on its eavesdropping programs have also sold tracking technology and are still involved in some tacit, back door agreements with the United States and other governments to make data mining and digital surveillance, including black programs, possible.

What is different is that Snowden-Greenwald-Assange complements the effort is being made to deconstruct the nation-state model by non-governmental actors who seek power parity with heads of state because of their extreme wealth, influence, and sometimes notions of immortality and sins of ego.

So while everybody keeps talking about loss of privacy by the time Edward Snowden's year in Moscow is up, the number of people that can be "spied on" and lose privacy will have doubled. That's all I've got to tell everybody today.