Recent strategic agreements between Paris and Moscow will expand bi-lateral business in the defense, aerospace and energy sectors.  Meanwhile, the state visit of French president Francois Hollande to Brazil December 11-12, which this blogger attended, achieved a similar objective and strengthened a program of educational, scientific and cultural projects designed to impact future relations for generations.

In both situations the strengthening of strategic ties in a world featuring unstable international institutions took precedence over the financial gains that get frequently buzzed up by the global business media.

If economic relations are to grow Russia and Brazil need to develop a better understanding of each other within the framework of popular or mass culture. Brazilians kids get named Igor and Yuri and think its Brazilian. Teen agers start drinking vodka because it’s a moda,  fashionable. They don’t know much about Russia other than the fact that a Brazilian football star named Hulk plays football there. 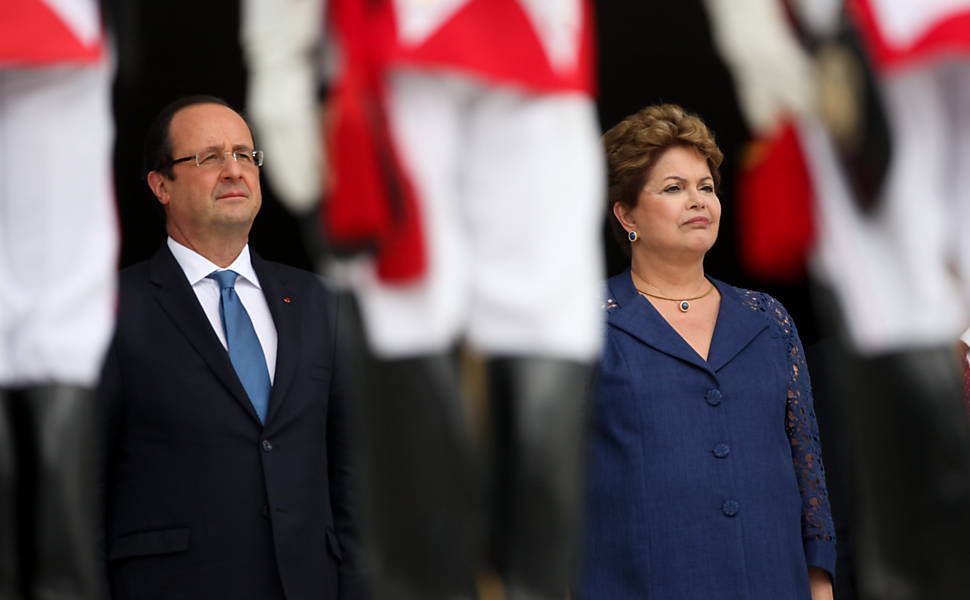 The most prominent image of Russia in Brazil, for years, has been the round smiling face of a soldier dressed in a World War II military uniform wearing a fake fur hat who looks like he should be walking behind a T-34 somewhere along the Kursk Salient.  Don’t laugh.  This face was the basis of one of Brazil’s most successful advertising campaigns promoting a major telecommunications company.

Brazil and France have jointly called for a free trade zone to expand business between the European Community and the South American Mercosul (Mercosur in Spanish) group that includes Brazil, Argentina, Uruguay, Paraguay and Venezuela.

But some EC nations object to the effort on protectionist grounds because it will open their markets to more competition from South American agricultural exports and cause high wage jobs to move out of the EC, particularly in services and manufactured items like automobile components to South America.

Some international analysts have projected that trade between Russia and Brazil has the opportunity to double over the next few years.  But Brazil’s growth has slowed due in part to creeping inflation, and structural issues associated with prioritizing expansion of the domestic consumer economy as the top driver of growth. Some some experts call “overheating.” Don’t tell that to Brazil’s banks though. A booming high interest credit card business finds banks in Brazil posting record profits.

Across the board the market reality is a cheap real.  There has been a decline in the value of the real against the dollar, renminbi, ruble and euro over the past two years caused by the latest stage of the international crisis that first emerged in the world’s leading economies in 2008.

Looking at the real against the ruble, the Brazilian real declined in value from buying 17.5 rubles in January 2012, when Brazil’s economy started feeling the global crisis, to 13.95 today. That same real bought 4 renminbi in January 2012 and buys around 2.95 renminbi today.

The government has taken measures to calm the nerves of international analysts and political opponents who link Brazil’s social programs that provide opportunities for the poor and working families with inflation.

Finance minister Guido Mantega announced on January 3rd during a media event in which this blogger participated, that the government was on track to meet its annual goals for 2013, which include covering interest payments on its debt.

With Brazil holding a presidential election in October, the Workers Party coalition led by president Dilma continues to plow money into social programs designed to provide opportunities for Brazilians historically marginalized by the psychopathology of underdevelopment. Since there are no signs of opposition parties revealing a quality candidate who can defeat her, the probability that Dilma will win reelection in the first round of voting is quite high.

As mentioned earlier, the collateral inflationary effect of these social programs has been a factor in causing the value of the real to decline considerably against several fiat money currencies.  Financial market traders do their best to talk the currency down to boost their reputations in traditional business publications and through conversational social media. Their usual rational upbraids Brazil’s because its national model is not in alignment with their preferred models, namely, neoliberal economics, or the Hayek “Vienna school” or libertarian thinking.

While the overall relationship between Brazil and France has a deep tradition Moscow’s economic partnership with Brasilia is conducted by relatively new inter-governmental commissions and defense driven deals. The challenge facing Kremlin policymakers and academics in working to build trade arrangements with Brazil is one that requires patience. Old school selective engagement could become a default option.  A stronger relationship requires fresh ideas to forge a long term alliance that bridges nations, cultures and economies.

Maybe by the time the Igors and Yuris of Brazil grow up and know more about Russia, one will be in place.