Although the government of Russian president Vladimir Putin has authorized writing off 90% of Cuba’s $32 billion debt Kremlin policy toward the Castro regime is characterized by caution. Foreign direct investment by the Russian Federation in Cuba remains insignificant.

But Cuba’s economic future is up for grabs and Brazil’s socialist elite is playing the non-aligned card,  taking big risks in a gambit to control part of the action.

Moving forward with a strategy driven by members of the ruling Workers Party inner circle who have  historical ties with the Castro regime, Brazil is spending billions of dollars in cash and credits to use Cuba as the fulcrum of a strategic economic alliance and to exploit the increasingly porous trade embargo Washington imposes on Cuba that U.S. secretary of state John F. Kerry publicly supports.In addition a Brazilian parastatal company is building a $1.1 billion port infrastructure and free trade zone that will take advantage of Cuba's extreme low wage assembly and manufacturing workforce.

With Kerry a likely candidate for the U.S. presidency in the 2016 election the embargo is likely to be an issue in the campaign. With Brazil’s connections in Cuba right at the top, not having to work around the influential anti-Castro lobby in the United States, the situation could present an opportunity for a rapprochement in U.S.-Brazilian relations.

Buffeted by scandals, financial market trends and the double edge sword of commodity price and wealthy intransigent ruralista landowners Brazil’s economy started losing momentum late in 2011. Because of this, and incipient introspection among analysts and economists over Cuba’s economic model the international financial community is not enthusiastic about the Dilma government using its heralded deep pockets to bank on Havana’s post-Castro future.

In spite enacting some progressive reforms Cuba has not officially moved away from the communist theories of dialectical materialism associated with Marx and Engels that sparked the Bolshevik upheaval in Russia.

Currency swap deals and tough anti-inflationary measures by Brazil’s central bank and finance ministry have recently caused the Brazilian rial to rebound and strengthen against the dollar. But the economy continues to underperform and creeping inflation has not completely subsided. Consumers are digging into savings and using high interest credit cards to stay ahead of the game. While some major banks are reporting huge profits, credit agencies like Moody’s and Standard & Poors could decide to put Brazil’s sovereign credit rating on a watch list.

The grand contradiction of the “caviar left” in Brazil and Cuba, who have the best of everything, is that they have had no qualms about “empowering” Cuban medical professionals who earn less than $50 a month at home with slightly more than the Dilma government’s minimum wage. But after Brazilian media brought the unfair treatment into the news cycle, the Dilma government flip-flopped and gave the Cuban professionals a huge pay raise that they do receive while in Brazil. Details on that follow below.

The evidence of this double standard can be found by examining president Dilma’s controversial “More Doctors” (Mais Medicos) program. Popular response to the program has ignited conflict and violent protests throughout Brazil.

The program contracts 7,500 Cuban doctors and technicians to provide medical services in urban areas, favelas and rural interior towns, area where many Brazilian doctors don’t want live and serve their own people.

Cash payments for “More Doctors” services to Cuba from Brazil ($4,250 per professional monthly) will provide the Cuban government with enough dollars each year to offset the annual $320 million payment required to retire the $3.2 billion restructured debt Cuba owes Russia.

In a convoluted financial arrangement mediated by the Pan American Health Organization (PAHO) each professional currently receives around 25% of his or her monthly salary of $4,255 while working in Brazil (around $1064 dollars or 2500 rials at current rates, putting them in the upper end of Brazil’s “middle income” range). That salary was increased from just $400 a month after media recently drew attention to the issue

The Cuban government, meanwhile, holds back the rest, currently $3000 per professional per month, which in theory will be paid to each medical worker in the “More Doctors” program by whoever is running the government of Cuba at that time each individual returns to Cuba after their contract engagement ends.

A for-profit Cuban outsourcing company, Servimed, which works closely with PAHO and the Castro government is Cuba’s largest earner of hard currency, is also involved in the financial share-out.

The current “More Doctors” contract is a seven year deal and if it is as successful as Brazilian government media say it is, the contract will likely be rolled over after some negotiations.

Because Brazil’s Association of Investigative Journalists (ABRJI) has a tradition of seeking transparency on big government projects major newspapers, magazines online media began to take a closer look at the relationship between the governments of Brazil and Cuba in connection with the “More Doctors” project.

Now in charge of the public health system of a nation of 202 million with the world’s 6th largest gross domestic product (GDP) Dr. Chioro acknowledged that Cuba and Brazil had been paying the health care professionals in country only $400 per month while on the job in Brazil, with the lion’s share of the money still going to the coffers of the Castro government in Havana.

The pay raise required negotiations with Cuban authorities, to whom Brazil pays 10,000 rials ($4,255) a month for each professional in line with a cooperation accord mediated by the Pan American Health Organization.

Meanwhile Facebook pages and You Tube offer propaganda featuring celebrations of Cuban medical professionals getting off aircraft wearing clean white medical coats being welcomed at airports by crowds and samba bands. One can get the impression that Brazilian air force has been airlifting the Cubans to Brazil as if it was the Berlin Airlift.

While this is happening, thousands of immigrants, from Haiti, Bangladesh, Pakistan and other nations both legal and undocumented, have been filtering into Brazil along the nation’s northern tier. Some are handled by human trafficking gangs who organize their passage.  Many become semi-indentured labor to gold mining and other extracvtive operations, paying for their passage by doing dangerous work and living in squalid conditions in lawless camps where gambling, drugs, prostitution and disease are rife.

To control the influx, Brazil and France both conduct riverine operations along the water thborder between the two nations (the French overseas department of Guiana is Brazil’s direct link to the European Community). A recently completed bridge linking Brazil and France near the border town of Olapoque has brought the promise of increased economic cooperation in this underdeveloped region. Gangs, piracy and human trafficking dominate the scenario instead.

Brazil has stepped up border patrols along its fronters with Suriname and Guyana, where similar conditions exist. 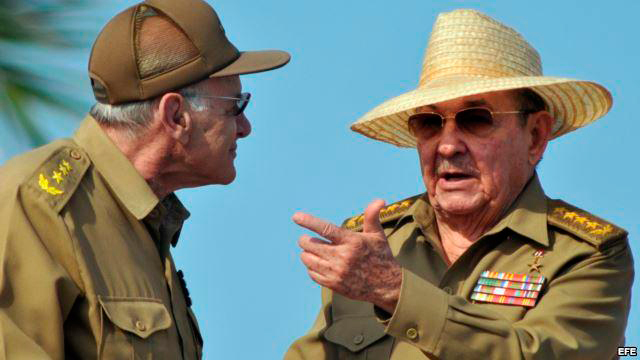 China, the quiet winner in the Latin American hegemony game

Representing around 11.6% of world’s GDP, China has provided the Castro regime with billions of dollars in credits to strengthen military infrastructure and help Cuba’s struggling consumer economy.

Although Beijing has an arrangement with the Castro regime to share an important electronic intelligence gathering station outside Havana, the Chinese have pivoted away from Cuba toward Mexico and Central America. The economic impact of the move will bring far greater rewards to the Chinese economy than what Cuba and Venezuela offer.

China has made it a priority to develop assembly and manufacturing relationships with Mexico, Nicaragua and Costa Rica which could reduce the cost of Beijing moving goods into the lucrative North American market. Already controlling Panama Canal operations, the People’s Republic is working with Nicaragua do build a new trans-isthmus canal that can handle Ultra Large Crude Carriers (ULCC) which will bring even more changes and job creation to energy security and logistics industries.

In another game changing move that offsets western media criticism about its economy, Reuters and others have reported that China has developed its own credit reporting organization “Dagong” of which Russia is an integral part.

As vice president and interior minister army corps general Abelardo “Furry” Colome Ibarra is the most powerful man in Cuba after Raul Castro. He was with Fidel and Raul on the Granma sailing from Mexico to Cuba to start the revolution.  He is a major force in ensuring the political reliability of Cuba’s transition stays "within the family."

It’s “Furry’s” job to know everything he needs to know about the comings and goings of Brazilian VIPs on the island nation. He has been familiar with many of Brazil’s Workers Party inner circle from the days that he vetted them when they first visited or lived in Cuba back when it was a Soviet-backed state.

A consummate intelligence and security operator, “Furry” knows how to stay in the background. While Fidel and Raul got 184,663 hits on WikiPedia over the past month (4 Feb - 4 Mar), “Furry” got only 209. 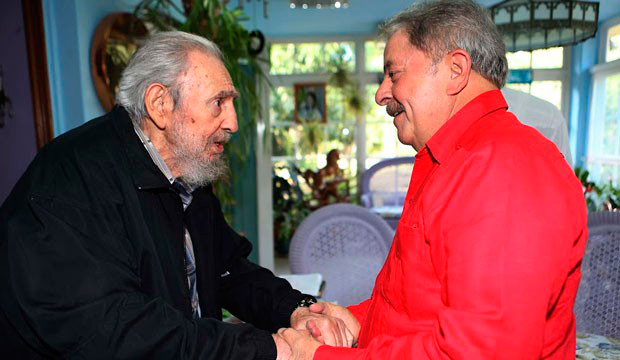 The hot new restaurant to be seen and talk business in Havana is the Star Bien restaurant, owned by the son of “Furry” Colome Ibarra. It’s the closest one can get in Latin America to the elan of Vladimir Pozner’s famous Jeraldin hangout in Moscow.

Welcome to the globalization of the “caviar left.”  And don't forget those two great Beatles hits, "Back In the USSR." and "You say you want a Revolution."

authors note: some ideas and text in this article have been cross posted from aricles that appeared on Brasil Post-Editorial Abril blog in portuguese and published in Sao Paulo, at this link http://www.brasilpost.com.br/eric-ehrmann/mais-medicos-menos-cancer_b_4728261.html, and El Huffington Post blog, published in Spanish at this link, http://www.huffingtonpost.es/eric-ehrmann/la-rumba-de-mas-medicos_b_3974864.html  in Madrid.

As always, comments and questions are welcome.