“Even the leaders were unsure about what they would do next or how to avoid fatal missteps. Each side called on its intelligence services to supply that knowledge.”

The quote is from an article by Markus Wolf and Tennent Bagley, two icons of the Cold War intelligence community with opposing ideologies writing in 1997 in the Los Angeles Times as a team about how in August, 1961 construction of the Berlin Wall surprised the best and the brightest in the West.

They wrote a review of an insider’s book; Battleground Berlin: CIA vs. KGB in the Cold War by David E. Murphy, Sergei A. Kondrashev and George Bailey, Yale University Press 1997. Murphy and Bailey (CIA) and Kondrashev (Soviet Union) were all Cold War insiders.

The themes of surprise, uncertainty and accurate intelligence raised by Wolf and Bagley have a distinct relevance to the drama that is playing out in Crimea and Ukraine today.

Wolf was the head of the feared East German “stasi” intelligence and security service for 34 years. During the 1960s Bagley headed up CIA operations involving the Soviet Union and its intelligence apparat. Variants of George Kennan’s containment policy helped define the rules of Cold War engagement on both sides.

Since that time, the tenor of U.S. public diplomacy, wittingly, or unwittingly, has taken on a Cold War tone in an effort to energize president Obama’s base and contain and counter what Washington and its NATO allies view as Russia reverting to a policy of Soviet-era expansionism.

A replay of Kennan’s Cold War tactics of economic and political isolation and his psychological assessment  of Russians as being inherently neurotic and inward looking are convenient for American “retail politics” and conversational social media but branded public diplomacy initiatives are proving themselves out of step with the fast changing realpolitik of our times. 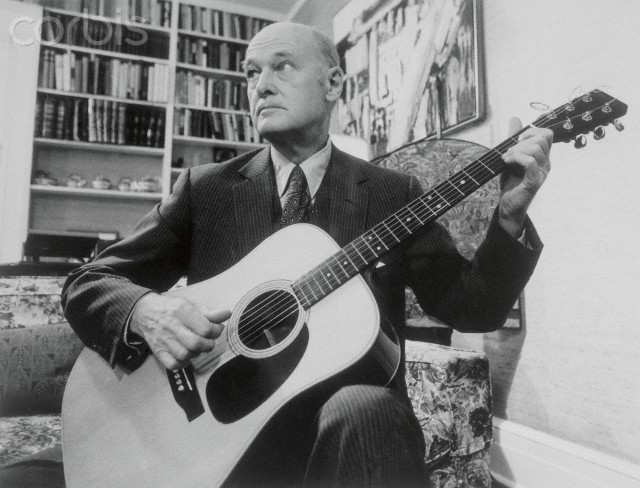 Had Wolf lived and accepted the big money deal that the CIA offered him to be “of counsel” after he cleverly avoided a jail term in reunified Germany he might have provided the Bush and Obama administrations helpful advice. But he died in 2006 of natural causes at age 82 at his home in Berlin.

Ukraine and Crimea. The true, the false and the ugly

While traveling in the Far East, U.S. president Obama told media on April 25th that even more sanctions will be applied against Russia in connection with Ukraine and Crimea..

In uncharacteristic posturing that belies his statesmanlike (statesperson) image, U.S. secretary of state John Kerry has called the Russian media platform “RT” a “propaganda bullhorn.” But the United States has a couple of those too. Kerry, like his boss, has been calling for tougher sanctions if the Kremlin doesn’t concede to U.S. demands and pull back from Ukraine.

Diplomats, economists and western media sources claim that US-led sanctions against Russia have already cost the Russian economy between $51 and $65 billion since the Ukraine drama started escalating five months ago. But so far no major economist has provided peer-reviewed quantifiable data, or econometric modeling to support these allegations.

In Kiev recently U.S. senator John McCain called Russia “a gas station masquerading as a nation.”  While denying he is a cold warrior, the former Republican presidential candidate is recommending that Washington take more initiatives to cut off Russia’s income earned in global energy markets.

Hillary Clinton, the leading contender to become the 2016 presidential candidate of the Democratic Party, has reached out to the Washington’s wealthy J Street lobby, comparing Russia’s behavior with the tactics of Adolf Hitler’s Nazi regime.

If he was alive today Kennan would probably say Ms. Clinton’s histrionics have nothing to do with “containment” as an overall policy framework or as tactic to reduce Russian aggression and that her characterization was wrong and counterproductive.

The changing face of containment

Containment became a scattershot proposition after president Richard Nixon enabled Henry Kissinger to consolidate his power in the White House, having HK wear two hats as his secretary of state and as his national security adviser.

While praising Kennan all along, it became evident in Kissinger’s more pragmatic circles that “containment” actually helped the Soviet Union to become a bigger, better enemy. This in turn helped the United States justify increases its Cold War defense, intelligence and security budgets. In spite of missile treaties to reduce the fears of “mutually assured destruction” the Soviet Union became a major player in the global defense industry, building client relationships with governments in the Middle East, Southeast Asia and Africa and Latin America, some of which the Russian Federation continues to exploit today.

Kennan developed his original ideas about containing the Soviet Union before the United States entered World War II, watching events between the Soviets and Nazi Germany develop when he was a diplomat in Berlin on the eve of World War II. He lived in the Soviet Union during the latter part of the war, serving as charge d’ affaires to the U.S. ambassador W. Averill Harriman from 1943-46.

Retiring to academic life at his alma mater, Princeton, Kennan remained a fan of Washington liberals because he criticized of the concept of the defense driven economy, the same “industrial military complex” that president Dwight D. Eisenhower warned about in his farewell speech to the nation. Today, global defense establishments continue to provide the security that undergirds the problematic system of fiat currencies and the world economic order.

Beyond the bluster, is it business as usual?

If one takes major western media reports seriously U.S. sanctions are bringing Russia to its knees and that the Kremlin posturing is false bravado. But behind the headlines it’s a different story.

Shell Oil, which has an important relationship with the Russian energy sector, was the first major western company to say that it is continuing to conduct business with Russia in a normal fashion.

European financial services organizations and companies operating in the energy sector are also on the record as being reluctant to disrupt existing relationships and, in spite of U.S. president Obama’s measured arrogance, are calling for only limited Western sanctions against Russia.

Former CIA director Robert Gates, the Bush holdover who led the Pentagon for the initial two years of president Obama’s first term is on the record saying that Russia’s presence in Crimea is effectively a fait accompli.

Former U.S. secretary of state Henry Kissinger has urged the international community not to assign blame to Russian president Vladimir Putin and recommends that more negotiations over the future of Ukraine are required to achieve a tenable solution.

Stern, one of Germany’s leading print and online media platforms, has published a poll indicating that 77 percent of those Germans who participated do not want NATO military intervention even if Russia occupies eastern Ukraine.

Is uncertainty over the ongoing financial crisis behind it all?

A poll published in the influential German newspaper and online journal Frankfurter Allegemeine Zeitung indicates that 81 percent of Germans surveyed believe that in spite of propaganda to the contrary, the European economic crisis has not ended.

All along, the European Union has talked up the offer of important loans with the stated motive of propping up Ukraine’s faltering economy. But the EU has had to contain its own problem of being financially overextended due to the ongoing crisis. The bailouts of Greece, Ireland and Cyprus still carry a tremendous financial burden. Regardless of how one interprets its motives, Russia did come to the table making Ukraine an offer of hard money that was accepted in December 2013 in spite of well-organized protests by anti-Russian groups.

Providing fresh billions to Ukraine was a risk for Russia.

According to a March 4th report by Bloomberg, the nation already owed Russian energy firms at least $8 billion. Having been burned by the Castro regime on a long standing $32 billion debt Russia reluctantly settled the Cuba debt on “Argentine-style” terms, accepting ten cents on the dollar, $3.2 billion over 10 years.  Russia did not want the same kind of situation developing with a neighbor nation.

Watching Ukraine drift away from the rule of law Russian foreign minister Sergei Lavrov met with  European Organization for Security and Cooperation (OSCE) secretary general, Lamberto Zannier of Italy on February 25th.  Western media has spun the story that the instability was provoked by pro-Russian groups. The next day the Ukraine interior minister accused Russia of occupying the airport at Sebastopol, a pro-Russian region of Crimea.

When acting Ukraine prime minister Arseniy Yatsenyuk met with U.S. president Barack Obama at the White House on March 12th it again became evident to the Kremlin that the interim leader was open to having NATO troops operating on Ukraine soil and that he was predisposed to welcoming U.S. advisers operating covertly in Kiev to “contain” Russian ambitions.  In this context one could argue that Russia acted in its own interests to counter U.S. hegemony in its neighborhood.

One thing the Obama administration hasn’t contained was the news that, according to CNN, the Russian government and some key Russian businesses removed last month (March 2014) at least $100 billion in U.S. Treasury bond holdings from the coffers of the U.S. Federal Reserve system (central bank) in New York. CNN spun the story of the withdrawls as not being a threat to U.S. interests.

Trouble Ahead. The Snowden card and U.S. midterm elections

Should efforts to provoke Russia with "containment style" economic sanctions continue, the timeline will segue into U.S. mid-term elections in November. Along with friendly media assets, Republicans and Democrats will likely engage in more Russia bashing to garner votes. The risk of this could erode the goodwill that has been established beteen Russian foreign minister Sergei Lavrov and U.S. secretary of state John Kerry that has helped keep the tenuous bi-lateral relationship on an even keel.

The Snowden Affair could become a pivotal factor. Some members of the U.S. Congress have already made headlines suggesting that professional whistleblower Edward Snowden is a Russian agent. In response, the Kremlin can exercise its option to deny the Pulitzer Prize winner further residence in Russia.  Several G-20 nations are on the record saying that they would not provide asylum to Snowden among them Germany, France and Brazil.

Where will Snowden go? How will the media react if, somehow, the Pulitzer winner is apprehended by the United States or contractors? After all, the Pulitzer is the largest jewel in the crown of the American free press.

As the situation plays out the answer to the question posed by Wolf and Bagley to wit that both sides urgently needed to know “what the other was really planning behind its public posturing” continues to run in the background.

It is difficult to rule out that Washington and Moscow both seek to maintain their “superpower” status in a multipolar 21st century. In Kiev recently, U.S. president Barack Obama told the people of Ukraine that all men (and women) are created equal. He did not say, however, that in today’s realpolitik all nations are peers. In spite of politically correct groupthink to the contrary, superpowers still decide that. Can you name two?