Talking Turkey With Greece: Turkey and Israel’s Marriage of Convenience

On January 25, Graeco-Turkish talks begin, at which Turkish claims to Greek island territories will be high on the agenda. Before we briefly consider the Israeli position, herewith a spot of recent history. 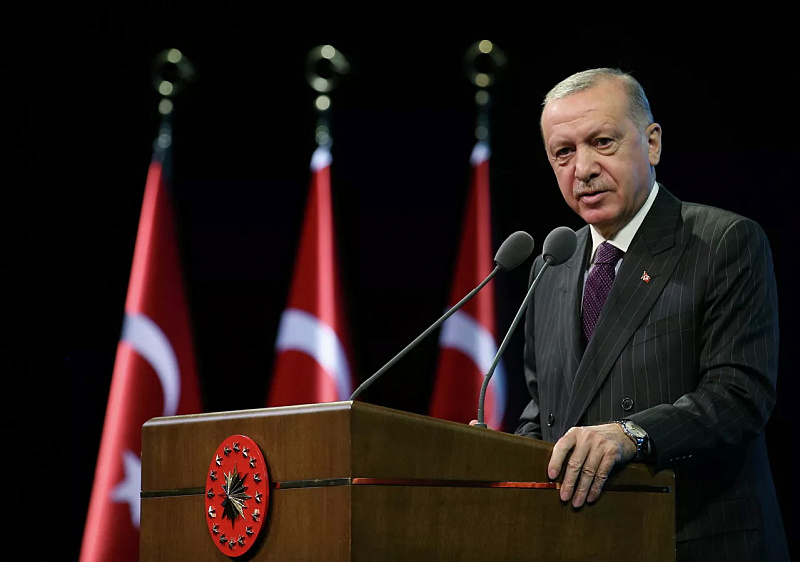 Scorned countries sometimes seek out other scorned countries, for reasons of self-interest. Thus Germany, humiliated after the First World War, co-operated with the Soviet Union, first with secret military agreements, and then more openly after the Treaty of Rapallo in 1922; both countries also had problems with the same country, Poland. Both were considered international pariahs at the time, whether rightly or wrongly.

Israel co-operated closely with South Africa when the latter, under its apartheid regime, was internationally blackballed, with most of the balls being black. The co-operation was largely military, overt and covert. Links between the countries’ external security services, Boss and Mossad, were close. Both countries ignored numerous UN resolutions.

The most recent example of the scorned seeking the scorned is, or course, that of Israel and Turkey, who revived a military co-operation agreement in 1996, that goes back to the late Fifties. Again, both states are hardly a paragon of international virtue, supported only consistently by the USA and its strategic acolyte, Britain, but also by Germany, for atavistic business reasons in the case of Turkey, and a contrived feeling of guilt in the case of Israel.

Both Israel and Turkey ignore numerous UN resolutions; both fear Russia; their respective security services exchange information on Syria; and both have a common enemy, also Syria. Both countries occupy parts of other countries, illegally, Cyprus and Palestine, and Syria’s Golan Heights. An interesting quirk is that Syria has territorial claims on its former coloniser, Turkey: with the connivance of France, Hatay (Alexandretta) was stealthily ‘acquired’ by Turkey in 1939, despite the fact that Syrians were in a majority.

The question is whether this is just another ephemeral unholy alliance, an alliance of pure self-interest, that works in spite of deep-seated historico-cultural differences, or something more significant. The evidence suggests that it is more than a simple marriage of convenience. Anyone who knows about the plethora of secret meetings between the two states, that has gone on for years, of the deep-seated mutual disdain between much of the Arab world and its former coloniser, Turkey, will realise that the military co-operation agreement is but the tip of an iceberg, an iceberg being pushed by hoards of American frogmen, with the avowed objective of achieving firm control over the Middle East and eastern Mediterranean. In this way, Russian influence in the Mediterranean and the Middle East can be contained, á la Kennan, and Israel can be subtly inserted into the de facto NATO fold, with Jordan perhaps being brought into the equation for good measure, while the Turkish mercenaries continue to kill Kurds and Israel conveniently buries the Oslo accords, continuing its ethnic cleansing and illegal settlements.

The U.S. Embassy in Athens has justified Israeli-Turkish co-operation with the following words: ‘US military co-operation with Turkey and Israel is a matter of long-standing policy and practice. As a NATO ally and friend with Turkey and as a special ally with Israel, both democracies and key regional players, the United States shares core values and mutual security and political objectives in the Eastern Mediterranean. Israel and Turkey have likewise found that they share common objectives, in part from confronting the same set of neighbours which have pursued weapons of mass destruction programmes, have been sponsors and supporters of terrorism, and which have been inimical to democracy, the rule of law and regional stability.’

These neighbours are not actually named, but are obviously Iran and Syria, not to mention some others. There is no mention of Israeli terrorism at home and abroad (vis. Vanunu) or of the treatment of innocent and unarmed Kurdish villagers, no mention of Israel’s nuclear arsenal and chemical and biological weapons programmes, nor of its disregard for international law. Above all, the core values and common objectives shared by the USA, Turkey and Israel are difficult to locate, unless it is to help the U.S. contain Russia.

A few years ago the essentially pro-American Economist wrote that Syria’s concerns about Turkish-Israeli military co-operation were ‘fairly well grounded.’ The article undoubtedly embarrassed the Pentagon and angered the Turkish and Israeli governments. It represented one of those very occasional but authoritative Economist warnings that things had gone too far. The last time the Economist had said anything so risqué was just after the abortive American attempt to rescue the American hostages at the U.S. Embassy in Tehran, by printing a front-page cartoon of President Carter dressed as a cowboy, with his six-guns at the ready. Cruel stuff, and exaggerated criticism, maybe unjustified, even, yet nevertheless telling.

Turkey has in the past threatened to attack Syria. Today it occupies part of it, claiming that Syria supports the Kurds in Turkey. Israel also bombs Syria periodically. In 2008, published Israeli-Turkish military co-operation involved a 1998 $ 700 million contract for Israel to upgrade 54 Turkish F4’s, a $70 million one to upgrade 48 F5’s, and joint manufacture of 1000 tanks and ‘some helicopters.’ Israel also hoped to sell Turkey an early warning system, and also used Turkish territory for low-flying exercises.

Then came a sudden deterioration in Turkey-Israel relations, with Israeli commandos killing of nine Turks on a vessel trying to break the Gaza blockade. Military co-operation between Israel and Turkey was suspended. Backstage American pressure on its two key allies, however, along with an American sponsored joint military love-in between Greece and Israel is leading to new Turkish diplomatic pirouetting: relations between Israel and Turkey could be improving. Bilateral talks are in the offing, and full diplomatic relations could be restored by March, meaning re-activating Turkish-Israeli diplomatic and military relations.

For Greece, the unholy alliance could become more than an irritant, because of Cyprus. However far-fetched it may sound, Turkey could easily encourage the Israeli air force and navy to train in occupied Cyprus, with the Pentagon publicly tut-tutting, but privately sniggering. It could even offer a home in northern Cyprus to would-be Jewish immigrants, as it did in the sixteenth century. There is even a small minority of extreme Zionists in Israel that claims Cypriot territory as part of the Jewish heritage. Thus, an already overcrowded Israel could find more Lebensraum. When one looks at the extremist elements in Turkey and Israel, such plans are not beyond the bounds of possibility.

Greece is now part and parcel of the “new” Cold War, co-operating with Israel and the U.S. militarily more than ever before, in the naïve hope that Turkey will drop its claims on Greek territory. But despite irritation with recent Turkish behaviour, the U.S. and Israel are unlikely to be of much help when it comes down to diplomatic detail: in 2003, the U.S. Embassy wrote the following to me: ‘We recognize Greece’s border with Turkey, but not all the territorial waters implications which Greece asserts. We have not taken a position on sovereignty over Imia/Kardak, in part because of the lack of an agreed maritime boundary.’

Clever Turkish diplomacy currently involves balancing itself between the U.S. and Russia, in the knowledge that neither the U.S. nor Israel will do more than protest diplomatically – á la Cyprus invasion – if Turkey snatches a small Greek island. The U.S.’s main aim is to keep Greece in the anti-Russian camp by not agreeing with Greece’s position on its Aegean borders. For if the U.S. – and Israel – came out in support of Greece’s position, this would push Ankara more towards Moscow.