Is England, my England a Dying Butler?

Can it be done? It’s going to be tough, but let’s see.

In June 1994, I obtained 21,561 votes in the European Elections in the London West constituency, the largest increase of any Liberal Democrat candidate in the elections. I was then still rather starry-eyed about European co-operation, and considered it important that Britain escape from America’s increasingly suffocating stranglehold on British foreign and military policy, which I had experienced when serving in Her Majesty’s Diplomatic Service. I was also concerned at the US’s exploitation of Britain as its Trojan Horse in Europe. 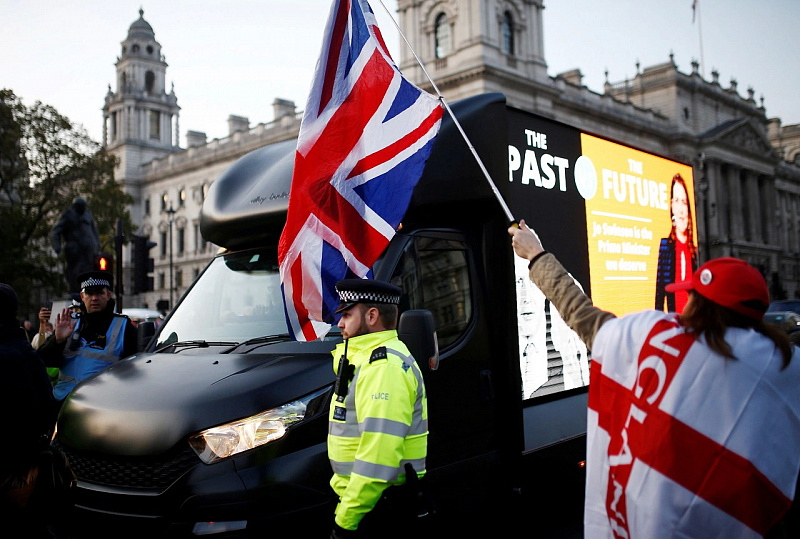 In those days the Liberal Democrats were still a sensible party, and not the politically correct and wokish Blairite gender-obsessed pressure group that they have now become. But I failed to win the seat (proportional representation had not yet been introduced), and left for Greece not long afterwards. I then resigned from the party after a dispute with its leader, Paddy Ashdown, over the bombing of Serbia in 1999, disagreeing strongly with his obvious support for the bombing.

I had stood as a candidate because I believed that Britain was going the wrong way, and because I believed in my country, despite its post-imperial imperfections, and wished to change things for the better. My parting shot was hard: I was visited by two Guardian journalists, and gave them the low-down on some rather intriguing information about Ian Greer Associates, a parliamentary lobbying outfit that had been involved in secretive dealings with Members of Parliament. The resulting article led to the collapse of the Conservative Major government, bringing in Blair’s New Labour. Unfortunately for Britain, Labour was to prove far worse than the previous government. One scandal after another, and then Britain’s lying in order to invade Iraq with the US, from which the world is still suffering. I was disappointed with the horror that Blair unleashed.

Since then, the US’s control over Britain has increased, often with the connivance of proven liars like Tony ‘Iraq’ Blair. The days of Edward Heath, the last of the British Gaullist Mohicans, are long gone. The EU has expanded into an unmanageable plethora of states, with the Franco-German axis under permanent threat from Britain, Poland, and the Baltic states, who are America’s anti-Russian fifth column cheerleaders in the EU. Their main objective has been to prevent any serious form of EU supranational military co-operation, in order to keep NATO going, and to continue the Cold War.

Fifteen years ago, I visited the British ambassador to Greece, former colleague Simon Gass. When I mentioned an idea for a solution to the Cyprus problem his immediate reaction, almost automatically spastic, was: ‘But what would the Americans say?’. On leaving, he said: ‘Oh, you must come to dinner!’. I am still waiting.

I sometimes wonder whether I should have stayed in Britain and stood again as a parliamentary candidate, as I was repeatedly asked to do. But it would have been one hell of a slog, while one of the reasons I went to Greece, apart from my postdoctoral research grant from the Greek government, was to escape the incipient political correctness, and lack of independence in UK foreign policy, that I was detecting. (This was ironic for me, since Greece is now fully in the American camp, and exploited as an anti-Russian asset).

To compound matters, the Assange case has irritated me: my country is now imprisoning a journalist on American instructions. My country now has political prisoners. I still find it incredible that this hero of journalism is being treated in the way he is.

I sometimes ask myself whether Britain has a serious foreign policy of its own at all. If it has, here is an example: British embassies now promote LGBQT abroad. Whether this makes Britain more popular abroad is a moot point. Apart from that, Britain is vehemently anti-Russian, politically but also emotionally. No more famous stiff upper lip there. More emotional jingoism, as in the Brexit referendum. It’s all about sticking American hair on a weak chest, to appear strong.

And what about British-Greek relations? Despite the simpering protestations of well-paid off designer academics in both Britain and Greece, British policy has been essentially antithetical to Greek interests since the very inception of the modern Greek state. Apart from a few flashes in the pan, and a few individuals like Canning, the only help Greece has received has been from private individuals such as Lord Byron, or public individuals who were brave enough to go against official British policy, such as Admiral Codrington, whose victory over the Turco-Egyptian fleet the irritated Foreign Secretary, Wellington, described as an ‘untoward event’, betraying a large measure of British understatement. For the British government never even wanted an independent Greece. She was only forced into giving way by the Russians, who had reserved the right by treaty to intervene alone to help Greece. Britain was therefore forced into helping, to keep a finger in the question, for fear of Russia ending up as Greece’s main sponsor, and weakening Britain’s Ottoman friends. The Don Pacifico Affair is another example, when Britain actually threatened Greece with gunboats; while during the Crimean War, Britain, with its then French poodles, blockaded Piraeus. In 1916, Britain and France even interfered militarily in Greece, being beaten back by the King’s forces, and then getting their revenge by backing the controversial Venizelos, who favoured war: Venizelos took Greece into a war which was to lead to the famous catastrophe. The next war is another example of Britain’s disdain. Despite the fact that Greece stood alone with Britain against all the odds, for several months, the help that Britain sent was minimal, and the British basically took French leave, confusing many of the tough Greek fighters, who had already earned their spurs against the Italian invaders. The Greek civil war is an even worse story: having supported the strongest anti-German resistance, ELAS, Britain then turned against it, ending up supporting those Greek forces which had been closest to the German occupiers, and fueling a destructive civil war. It suited Britain, since it used the ‘anti-communist’ civil war as an excuse to hang on to Cyprus. Since then, the Cyprus question has continued to show that British policy is antithetical to Greek interests. In 1955, Britain colluded secretly with Turkey against Greece, brought Turkey illicitly into the Cyprus equation, and was aware of what the result would be, if not precisely: the destruction of Greek properties and churches in Turkey, and the subsequent expulsion of twelve thousand Greek nationals and hounding out of a further sixty thousand Turkish citizens of Greek stock and of the Christian Orthodox Church. Less than two thousand remain today. And all this, just so the plucky British could hang on to Cyprus for a little longer, just as they are so pluckily hanging on to Parthenon sculptures, stolen by a pseudo-diplomatic wide boy. As for more recently, the following quote from a Foreign and Commonwealth Office strategy paper encapsulates the truth about Britain’s post-imperial rigor mortis: We should also recognise that in the final analysis Turkey must be regarded as more important to Western strategic interests than Greece and that, if risks must be run, they should be risks of further straining Greek rather than Turkish relations with the West.

And so to recent times, and Brexit. The whole pseudo-debate was predicated on jingoistic emotion by a proven liar, Boris Johnson, who used it as a vehicle to increase his power. Britain is now more under America’s thumb than ever before, and sticking hair on its weakening chest. The best example is that UK Special Forces are about to concentrate on some ‘new covert counter-state tasks’ with a focus on Russia and China, according to Royal Marines Brigadier Mark Totten. This is designed to appeal to the more nationalistic and uneducated swathes of the population. Whenever a government feels itself to be insecure, it indulges in sabre-rattling to please its Littler Englanders; just as British ally Turkey does.

So where does this leave me? Since Jeremy Corbyn narrowly failed to win the general election, I fear that England is flushing itself away into the sewers of ‘post-truth’, orchestrated by a proven liar, who is even trying to ‘control’ the judiciary (one of the last bastions of independence in a country without a written constitution).

The filthy politics apart, my England, my England is beautiful: my friends, Dorset, my rowing club, the Thames, fly-fishing for wild brown river trout on the Eden in the Lake District, the beautiful villages, and – still – some decent and honest people who care for their country. Should I have stayed and struggled in an increasingly corrupted political environment, or remained in Greece, as I have? Well, at least Greek political corruption is blatant, and virtually endemic: retirement pensions that are years overdue, inefficiency and clientelism, cheating in Higher Education, huge financial scandals and selfishness, which make Greece look like a Balkan Ottoman province, but wearing an EU and NATO overcoat to disguise itself. But I am of course writing about Greek politics, not its generally fine people, just as I have about England, my England, America’s dying butler.

I began this small article by asking whether it can be done, but that it would be tough. I wanted to express my disappointment with the slow death of Whitehall and Westminster politics in a country that I appreciate. I think that I have done that.