CAATSA: A Nightmare for Indian Diplomacy

Countering America's Adversaries Through Sanctions Act (CAATSA) adopted by the US Congress last year in its present form leaves no room for New Delhi to pursue defence cooperation with Moscow as almost entire Russian military-industrial complex and its top managers are under sanctions for Crimea, East Ukraine, alleged poisoning of ex-spy Sergei Skripal and his daughter, alleged use of chemical weapons by Assad regime in Syria to name a few.

Section 231 of CAATSA says that any country or entity that carries out transactions with the intelligence or defence sectors of the Russian government would face sanctions from the US.

Through various official and academic channels New Delhi was given the hint that it is "not immune" to CAATSA. However, over two-thirds of the weapons systems with Indian Armed Forces are of Russian origin and it cannot and should not shift overnight to alternative weapons systems without degrading its security potential.

Although the previous governments in New Delhi had opened up the huge arms market to the Americans and in money terms they even outperformed India's Cold War era ally - Russia, but have refrained from offering sensitive military technologies which Moscow is willing to offer. Russian assistance in building India's first nuclear submarine INS Arihant and lease of Akula class nuclear attack submarine INS Chakra and ongoing negotiations for the lease of second such submarine is in the public domain.

"For all the diversification of India’s defence acquisitions in recent years, we have not received from others the levels of technology transfers that Russia has been providing. The US can’t offer anything that can compare to the S-400 air defence systems. Add to that, its processes are much more complicated. While the Russian government’s nod allows the contract to proceed, in the US, the private companies have hesitations, the US Congress, the DoD, State Department, White House, etc. can object and scuttle any deal,” PS Raghavan, India's former ambassador in Moscow was quoted as saying by The Hindu.

In 1960s and early 1970s when the India's defence ties with Moscow gathered steam, 'no strings attached' was the main characteristic of Indo-Soviet military-technical cooperation and even today it remains the Kremlin's stated policy of not slamming sanctions on any country, other than approved by the UN Security Council.

Even as the Indian diplomacy is in overdrive to seek waiver for skirting CAATSA sanctions and Indian Foreign Secretary Vijay Gokhle and Defence Secretary Sanjay Mitra have conveyed India's objections to Washington attempts to impinge on its ties with Russia.

A senior defence source quoted by The Hindu said if the US sought to unsettle India-Russia ties, it would not mean the US will gain out of it through arms deals. “Today we have multiple options, from France to Israel. It would be better for the US not to try and scuttle our military ties,” he reportedly underscored.

"Our US partners have to recognise and redress this problem. We also need to prevent a degradation of our strategic partnership with Russia by ensuring that we respect the vital interests of each other," Ambassador Raghavan, currently Convenor National Security Advisory Board, wrote in his article "Diplomacy by Blackmail" published by The Deccan Chronicle and The Asian Age dailies.

From the very beginning of a pro-US tilt almost two decades ago, the Indian diplomacy has been reiterating that it was not at the cost of Russia. The urgent need to source sensitive defence technologies for the military modernisation and upgradation in view of a rising China pushed New Delhi closer and closer to Washington, which left no stone unturned to drive home the idea of India's role as ''net security provider" in the Indo-Pacific. The harsh reality is that almost five decades long defence cooperation with Moscow gave this capability to India, even the highly criticised for chronic delays and whooping cost escalation the INS Vikramaditya (former Admiral Gorshkov) aircraft carrier enhances the Indian Navy's role of a net security provider.

"Faced with the CAATSA threat, US pressure on trade imbalance and potential pressure on our exchange rate policies, India has to concede ground in some areas to protect its interests in others. We need to convince the Trump Administration that a strategic partnership cannot be sustained by blackmailing or weakening one partner," Ambassador Raghavan believes.

This implies that even if waivers are given they will come with riders.

Frankly speaking, today the traditional relations between two sovereign nations — India and Russia — have become the hostage of Washington's caprice. It reminds me of Former Foreign Secretary Salman Haidar's words said in the heydays of Moscow­–Washington bonhomie in 1995 in a private conversation with the author that if ever the relations between the US and Russia deteriorated, it would be a nightmare for the Indian Diplomacy. 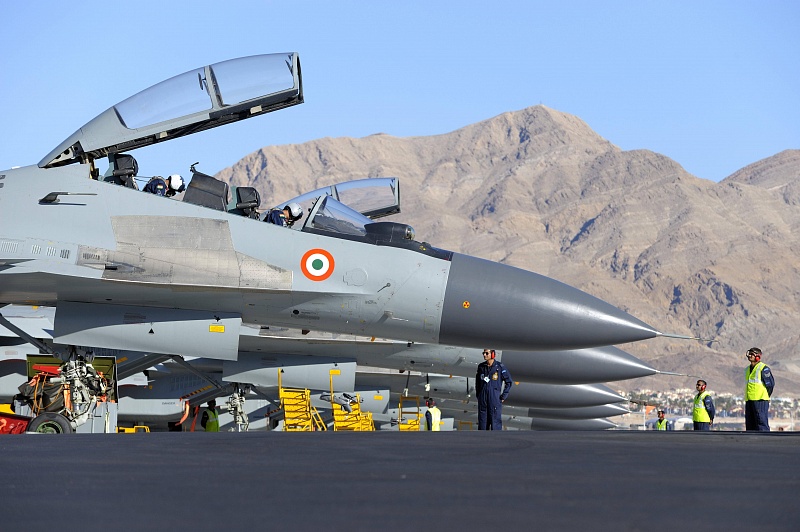