Tunnel construction under the Bering Strait: a new super goal for the Russian policy in APR?

Today the development of infrastructure is important to maintain high level of economic growth of individual countries and the world system in general and its role is constantly growing. This explains the relevance of the infrastructure mega-projects aimed at bringing long-term economic effects and designed with a strategic horizon.

Today the development of infrastructure is important to maintain high level of economic growth of individual countries and the world system in general and its role is constantly growing. This explains the relevance of the infrastructure mega-projects aimed at bringing long-term economic effects and designed with a strategic horizon.

One of such projects is the construction of the tunnel under the Bering Strait with relevant transport infrastructure. Attempts to start this project have been undertaken during a long time, but the current situation is mature enough to finally launch it.

In 2012 Russia will host the APEC summit. This is a large-scale event and a certain super-goal must be put on the agenda. This article makes an attempt to define in simplistic terms whether “the Bering project” can become if not the central, but at least, one of such super goals.

History and the current status of the project

The tunnel after the modernization may accommodate not only railways, but also motor roads, power lines, communications cables and in the distant future – oil and gas lines.

The idea to connect Eurasia and North America via the Bering Strait is not a new one. Russia started to tackle it already at the end of XIX century after the construction of the Trans-Siberia railroad. And even with the approval of Nicolas the Second and his key ministers, this project didn’t reach the implementation stage in the last years of the tsarist Russia or after October 1917 as the country was faced with more important tasks at that time.

In this “frozen” state the project stayed till early 1960-ies. It was “revived” by the USA who offered the USSR to consider the connection of two power systems putting the necessary lines (or constructing a tunnel) under the strait. The Soviet Union was interested in this proposal but its implementation skidded to a halt once again.

In 1990-ies and early 2000-iest the attempt to establish the cooperation were more successful: the parties performed the necessary work for the technical and financial justification of the project and more importantly – it was approved at a high level. Among ministers and authorities, that viewed the project as promising, the Federation Council, the RF Chamber of Commerce and Industry, RF Ministry of Regions, Ministry of Economic Development and Ministry of Energy should be mentioned.

So, once again, it’s not a new idea. Let’s look on the construction issues.

The shortest distance between the Asian and American coasts is 84 km. The tunnel length can make from 98 to 113 km, taking into account the access parts. This is, of course, a long distance, but there are two islands on the proposed route – the Ratmanov Island (Bid Diomede) and the Krusenstern Island (Little Diomede). They allow dividing the tunnel into three separate sections thus significantly facilitating the execution of necessary technical tasks.

From the Russian side a railroad Yakutsk –Uelen has to come up to the tunnel and its length can make from 3850 to 4020 km depending on the route. After the completion of railroad Berkakit- Tommot-Yakuts, Yakuts-Uelen section will be joint with Trans-Siberia and Baikal-Amur railways. From the American side a railway from Nom (near the Bering Strait) to Fort Nelson with the length of 1925 km will be made to reach the tunnel. Later on this section will be connected to railroads of Alaska and Canada.

In total the length of the railway shall make 5873–6058 km, and its construction together with the tunnel shall take 15 years. In case of a successful completion of all necessary works the annual transportation capacity can make 60-70 ml. tons raw materials (to compare – the current annual capacity of the Northern Sea Route is 10-12 mln.tons). Moreover, the railway will be used for intra-continental and trans-continental passenger traffic.

These are, of course, very challenging plans, but they seem to be realistic, because there objective pre-requisites for their implementation – technical and more importantly- political.

In terms of technical aspects the majority of experts agree that the current experience in the construction of similar facilities and the technological state-of -the-art allow to cope with these tasks. For the construction of the tunnel itself the know-how of our Far East neighbors can be used: South Korea built a tunnel between Pusan city and Gadok Island and Japan between Honshu and Hokkaido islands. Both tunnels were built with the submerging sections of a tunnel and this method can be applied in the construction in the Bering Strait. Russian experience in the construction of railways under complex geological and severe environmental conditions, including the permafrost in the Deep North and the experience of our neighbors (e.g. construction of a railway in high mountain regions of Tibet in China) can be view as groundwork for the laying of railways. So, once again – the technical execution of necessary works is an implementable task.

But a recipe for success is based on the political factors.

In early XXI century Russia definitely understood the need “to go east” and the readiness of its Asian-Pacific partners to acknowledge the country in its new capacity.

Results of the recent global crisis made the key players of the world policy and economy understand that the large-scale development of an infrastructure is a half-way to the successful overcoming of problems. It was reflected by “Seoul Development Consensus for Shared Growth” adopted by the leaders of G-20 at November (2010) summit. The same is understood by our Far East partners: e.g. ASEAN and APEC intend to create “seamless” economies in their regions, PRC invests into the construction of railroads in Indochina, and both Koreas study the possible connection of Trans-Korea trunk with Trans-Siberia line.

The tunnel under the Bering Strait can give a tangible impetus to this region, as even the beginning of the construction will bring to the forefront the connection of Russian and Chinese railroads near Blagoveshchensk and Heihe, railway – Mainland – Sakhalin via the Nevelsky Strait and the extension of this road to Japan through La Perouse Strait. With time, this development will allow to include many countries remote from key ports on the Pacific into a transcontinental transportation network.

A potentially innovative and multifold nature of this project should be highlighted. For example, the tunnel after the modernization may accommodate not only railways, but also motor roads, power lines, communications cables and in the distant future – oil and gas lines.

Another factor is worth mentioning. The priority of Arctic resource exploration will go up already in the near future for the most influential subjects of world economy and policy. Construction of the tunnel under the Bering Strait could significantly contribute to these efforts as even the launch of the project shall cause more active development of northern territories in the USA, Canada and Russia, including the continental shelves of the Bering, Chukotka and East Siberian seas that potentially have a lot of resources.

In general the tunnel construction under the Bering Strait is a “resource” idea from the geopolitical viewpoint and implementable from the technical aspect. It’s no coincidence that the project of a trunk line Eurasia-America with the tunnel through the strait was awarded a Grand prix and left behind more than a hundred competitors at the contest of innovative projects held at the Fourth Civilization Forum “Development perspectives and strategy of civilizations partnership” at EXPO-2010 (Shagnhai, October 2010).

In early XXI century Russia definitely understood the need “to go east” and the readiness of its Asian-Pacific partners to acknowledge the country in its new capacity. Russia-ASEAN summits were launched, Russia became a member of East-Asia summit attended by the heads of states and governments from the leading subjects of the regional policy and Russia participated in the Meetings of Defense Ministers ASEAN+8. Relations between Russia and China, Japan, Republic of Korea and countries of South-East Asia develop positively. All the above can be regarded as a plus for Russia in its Asian-Pacific policy.

But the time dictates to move to new ambitious achievements. It seems that the construction of the Bering tunnel can be one of them and the forthcoming APEC summit in Vladivostok might be the best venue to present this project.

First of all, this topic will ensure the consistency of this project with the preceding Russian initiatives. We have been continuously calling our Asian-Pacific partners to the more active use of Trans-Siberia railway for cargo transportation and we made efforts to connect with line with Trans-Korea railway. It should be specially mentioned that the need to participate in large-scale infrastructure projects was defined by D.A. Medvedev as the important priority of Russian policy in ACR. It means that there is a stepping stone to make the next move.

This move shall clearly demonstrate to our regional partners that this massive and growing presence of Russia in APR is an objective reality. We shall have not only significant, but in some aspects the defining impact on the future development of the region – whether some may like it or not.

Secondly, this project is directly related to the tasks of economic and social development of Siberia and the Far East that the APEC summit has to contribute to. The implementation of the project in question implies the quality modernization of the industrial infrastructure in the Far East region and a wide introduction of innovations. The economic growth of these territories and their better accessibility shall bring in the tangible improvement of living standards compared to the current situation. As a result the skilled personnel from the real sectors shall not strive to move from the Far East to other regions of the country. Rather- vice versa, people from other regions will come to the Far East if they see real possibilities to earn and to live well.

Thirdly, the project will perfectly “fit” into a strategically important dimension of the Russian policy of Arctic resources exploration that the country leadership plans to boost in the nearest future. 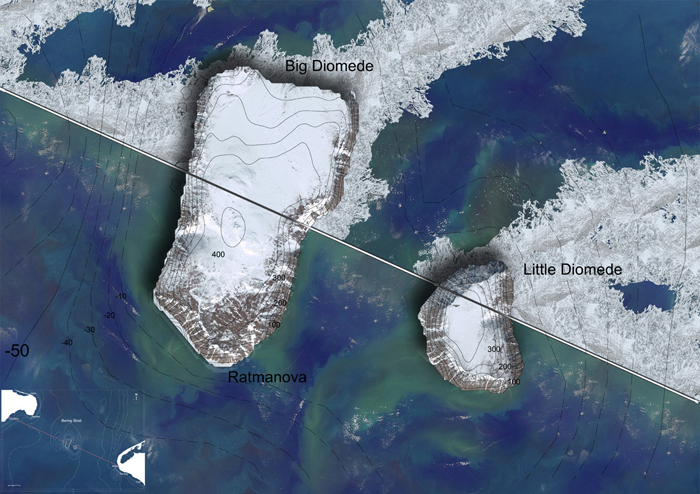