The Results of the BRICS Summit. View from India

The BRICS summit took place in Brazil in the middle of July 2014. Issues of interest not only to the BRICS members, but also for global development were discussed. We asked Debasish Nandy, Doctor of Political Sciences, University, Associate Professor, Kanchrapara College, and Professor Arun Mohanty, Chairperson of the Centre for Russian and Central Asian Studies, Jawaharlal Nehru University to share their impressions about the results of the BRICS summit and to express their attitude towards the creation of the New Development Bank, BRICS membership expansion and strengthening of the influence of this organization in the world.

The BRICS summit took place in Brazil in the middle of July 2014. Issues of interest not only to the BRICS members, but also for global development were discussed.

We asked Debasish Nandy, Doctor of Political Sciences, associate professor of Kanchrapara College, and Professor Arun Mohanty, Chairperson of the Centre for Russian and Central Asian Studies, Jawaharlal Nehru University to share their impressions about the results of the BRICS summit and to express their attitude towards the creation of the New Development Bank, BRICS membership expansion and strengthening of the influence of this organization in the world.

Debasish Nandy: It is very too early to comment regarding the role of BRICS controlling the world economy and international relations

Arun Mohanty: The decision to create New Development Bank is a land mark event in the post-war global history 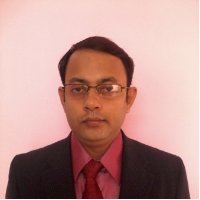 Debasish Nandy: It is very too early to comment regarding the role of BRICS controlling the world economy and international relations

In the last BRICS summit held in Brazil, mid of July, 2014, member countries have decided to establish an independent Bank for the member countries namely Brazil, Russia, India, China and South Asia. Apparently, this proposal is positive step towards being a strong economic organization. BRICS bank may be helpful for bilateral trading relations and FDI. In spite of this, there are some obstacles to the establishment of this proposed bank and several problems can be created after the formation of this bank, which are as follows:

Firstly, Like other organizations BRICS members have no geographical proximity, members countries belong in separate continents and geographical locations. Due to this bilateral and multilateral trading relations might be unhealthy. Business between the member’s countries is not satisfactory. Economic growth rate and nature of economy are also dissimilar. These could be negative factors on the way of BRICS bank.

Secondly, Will the BRICS bank able to establish it as other multilateral banks like ADB, European Bank, World Bank or not it is a great question. In reply to this question, my opinion is, like other multilateral banks its members and limit of deposit will not be increasing. It will not be able to be a competitor of World Bank. Its head office will be Shanghai (China). But relation between India and China is hostile in border issue. A silent competition is going between these two neighbors since a long time. So, I think it could be a barrier for BRICS bank.

Thirdly, although Russian President V. Putin has expressed his optimism about BRICS bank, to me it would not be an easy task as because of the USA.

Regarding the admission of Argentina in BRICS, would be a wise decision. I think if Argentina wants to entry in BRICS, then it would be better for both side. Although, Argentina had suffered a tremendous economic crisis a few years back, but at present it has been able to overcome its financial crisis. Gradually, it is trying to increase its GDP, exports. According to 2013’s report its external debt is US$135 billion. Brazil is the first trading partner of Argentina and China is the second. Argentina shares 19.7% of its total export – import with Brazil and 7.2 % with China. From this point of view Argentina’s admission in BRICS may be beneficial. Apart from this at present in 2013 its GDP was 778.0 billion US $ (PPP) and its total collection of internal revenue was 155.3 billion US $. Rate of unemployment is also very low (6.4%) and literacy rate is very high. Only 4.3 % people belong below poverty line (BPL). Actually, the economy of Argentina today, is an upper middle income economy which is third among the Latin American Countries.

What will be the role of BRICS for increasing of member countries and controlling of world economy and re-shaping of international relations? I think it is very too early to comment regarding the role of BRICS controlling the world economy and international relations. It is a newly born organization which is trying to survive and fit in international arena. But it can be said, periphery of this organization is not so big and rate of GDP of members countries are unimpressive. For the past few years these members of BRICS are also suffering economic crisis. In 2010, GDP of Brazil was 7.5, where as in 2013 it was 2.5. In 2010 Russian GDP rate was 4.5, but in 2013 it was only 1.3. In 2010 India's GDP was 10.3 and in 2013 it reached at 5.0.In 2010, the GDP rate of China was 10.4 and in 2013 it was 7.7. In 2010 GDP rate of South Africa was 3.1 and in 2013 it was only 1.9. From the above mentioned figures it can be said economic growth of BRICS countries are going down. I would like to include another point in this regard, that although Russia is one of the major power, but due to Ukraine issue its expenses has been increased rapidly. China is trying to establish its self as a great power. It often involves in shadow border conflict with India. China's goal to be a super power and exercise hegemony over the globe may create obstacles for BRICS. India is also trying to survive with China. I think the first condition of a successful international organization in mutual understanding among the members. BRICS is not quite ideal in this context. 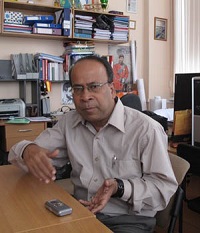 Arun Mohanty: The decision to create New Development Bank is a land mark event in the post-war global history

The decision to create the New Development Bank and currency reserve pool taken by BRICS countries at the 6th summit of its member countries, which would be head-quartered at Shanghai is a land mark event in the post-war global history. The New Development Bank is designed to contribute to the efforts to eliminate the infrastructure gaps and meet requirements of sustainable development of BRICS member countries as well as other emerging economies. With initial authorised capital of 100 billion USD, including 50 billion USD of equally shared initial subscribed capital, it would become one of the largest multilateral financial institutions. It is a significant decision that it will remain open for other countries.

There is a wide discussion on possible new members of the BRICS grouping. Right now it comprises five emerging economies, representing the non-western world. Out of the 5 members – Russia and China are permanent members of UN Security Council and the rest three countries - India, Brazil and South Africa are serious contenders to be new members in the expanded and reformed UN SC. As the grouping is a prospective organisation with huge potential, even perceived to replace the G-7 in coming years in many matters, and thus is becoming attractive for many other emerging economies, which aspire to join BRICS. These aspirants include countries like Argentina, Mexico, Turkey, and Indonesia. But expansion of the BRICS does not seem to be a possibility in the immediate future. But any country, including Argentina, when it joins the grouping, it would no doubt reap benefits.

When Gloldman Sachs employee Jim O’Neal floated the acronym BRIC in order to attract clients to emerging markets a decade back, nobody could then ever imagine that this grouping would emerge as a reality in such short span of time. The grouping of loosely connected fast growing economies is today a political and economic reality with huge potential. It is not only a geo-political but also a geo-economic grouping, despite contradictions between the member countries and clear roadmap for the future. Accounting for just 8% of global GDP in the year 2000, BRICS today makes up a quarter of the world GDP with a combined GDP of 17 trillion USD, one third of world population, and one fourth of global land coverage. Though the earlier forecast s suggested that the total GDP of BRICS countries would surpass the combined GDP of G-7 by 2035, it is now projected that BRICS countries would surpass G-7 in terms of size of combined GDP by as early as 2017, thus making the grouping a heavy weight in global affairs. BRICS enhanced its influence in the global economic and political life, particularly since the beginning of the global financial crisis in 2008. It has turned into the driver of global economic growth. BRICS has outgrown a mechanical connection to profitable markets long ago and has emerged as an independent phenomena in global affairs. This is a union which strives for bringing changes in the unjust global political and financial order and a centre of global governance in the making. Russia’s proposals for cooperation between BRICS countries in the sphere energy, industry, market, GLONASS etc if realised will further strengthen the role and place of the union in global affairs.