Russian Cinema: Then, Now and in the Future

The collapse of the Soviet Union affected many areas of our life, both economically and politically. It has also greatly influenced our culture, including cinema realm. In this interview, the famous director Alexey Muradov shares his ideas about these changes and discusses the advantages and disadvantages of Russian cinema as well as its current role in the world.

The collapse of the Soviet Union affected many areas of our life, both economically and politically. It has also greatly influenced our culture, including cinema realm. In this interview, the famous director Alexey Muradov shares his ideas about these changes and discusses the advantages and disadvantages of Russian cinema as well as its current role in the world.

Interviewee: Alexey Muradov, director, author and producer of more than 20 documentaries and TV programs. Since 2000, his movies have come out on the big screen, and he has been awarded with the Medal of the Russian Defense Ministry. He is a winner of numerous awards, including the international “Taffy”, “Stalker”, “Kinotavr”, “Constellation”, “Golden Aries”, and the “Golden Glove” (USA), as well as had been awarded the Gold Medal of UNESCO among many others. His filmography includes such movies as “Worm”, “Tulsky-Tokarev”, “Katya: Sequel”, “Zhukov” and others. Currently Muradov is directing “Vlasic,” commissioned by the TV channel ORT and with a premiere scheduled for 2014.

Mr. Muradov, what has changed in Russian cinema, especially after the fall of the Soviet Union? 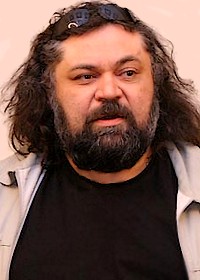 There are three areas where such changes have occurred: financing, production and creative processes. And there have been problems in all three. At first glance, it may seem that these changes started with finance, but the whole situation presents complex problems and each area is equally important.

In the past, the state acted as the main film producer and dictated to directors and writers what the audience should see in the cinemas. At that time, the government paid close attention to the film industry, and as we say now, it was a well-established and profitable business. This was a huge industry with its own production facilities, plants, factories, workers and engineers. As a result, there were long queues, both for national and foreign movies, really almost for every film screening. By investing money in this industry, the state made a profit. Nevertheless we should remember that in addition to these financial returns, the film industry also provided moral benefits. Consider such examples as S. Paradjanov, A. Tarkovsky, A. German, A. Smirnov and others. These people represented the spirit of Soviet art and Soviet cinema. With the help of amazing directors and actors that were well known worldwide, the Soviet government enjoyed moral dividends. This was a large industry which solved a considerable number of problems, including ones connected to ideology.

What happened in 1990s and how the government managed to ruin such an industry as Soviet cinema is difficult for me to understand. It’s hard to talk about, but in my opinion, Russian cinema as a production or industry no longer exists. There have been individuals who have tried to maintain a high level of movie production but nothing more. Everything has been devalued and turned into a business, which actually does not differ much from selling sausages at the market. The most important thing today is to make profit out of nothing. It all comes down to earning as much as possible by making a movie of no matter the quality. I have nothing against change and capitalism is a wonderful thing, but the problem is that there’s no such thing as real capitalism in Russia. Instead we have fly-by-night operators who now run the show and have turned the whole industry into something only individually profitable. We have to think, as our teachers did, about the art, people, lofty matters and high standards which have yet to be reached. If we did, then everything could have been preserved and would exist now. 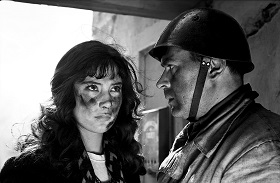 The US government plays an important role in Hollywood either as a source of financial support of movies or by giving approval to use the armed forces in the filming of blockbusters. What role does the Russian government play in our film industry?

I can’t give the exact number right now, but the Russian government allocates a sufficient sum of money for cinematography and for the art in general. Unfortunately the money is used either unprofessionally or improperly. There has been no tangible benefit from this money at the moment. Also the question still remains about competitions when such great directors as A. Mindadze, A. Proshkin and a large number of people who have proved their professionalism and highly creative ambitions with many of their films, do not get deserved funding. And there are people or firms that always make bad movies and keep making them, but receive money. It seems that at the moment, the government is not paying enough attention to the film industry or at least doesn’t wish to “restore order” there. Taking into consideration recent changes, this is not an easy task.

What’s the role of Russian cinematography?

The number of talented people has not dropped in our country, but unfortunately these individuals do not always have an opportunity to showcase their talent. The audience is favorable towards those who present them with a fairytale whether it is true or not, good or evil. The most important thing for cinematography is to pull people out of the dullness they live in, so these people can distract themselves and live an hour and a half in another world. This phenomenon is a salient feature not only of cinema but also of music, ballet, circus and other spheres of art.

Since the fall of the USSR, I have witnessed several crucial points: first, people wanted to become bandits, then brokers or directors and so on. Nowadays many dream of becoming officials. This fashion has been changing all the time whether in a good or bad way. But I believe that the moment will come when people consider it necessary to return to their childhood, to the fairytale, to positive emotions and at that moment our cinema will again play an important role. 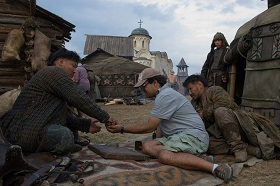 What is the target audience of Russian cinema? Is it aimed, first of all, at the Russian people or is it intended to “educate” foreigners about Russia? Can Russian cinema be considered global “soft power” of our country?

Soviet cinema always appealed not only to Russian or Soviet people but also to the international community. Nowadays however it has lost the high quality that was typical for us before. Russia is rich in talented people but there are still those who are trying to attract people’s attention to problems. However these are only several individuals, not the whole industry. If there were more opportunities for such people, we would be able to restore this tool of “soft power”.

If we look at the US, then Hollywood has helped that country several times overcome hard times. Hollywood has given hope to a large audience from all groups of the society; it has given them purpose and a future, showed the way, entertained and made people sympathize, cry and think critically.

Italian and French cinemas almost have the same story. This also applies to German cinema after World War II. That is, cinema, as any type of art, has shown that there is always a way out and gives hope to people. Giving hope is the main purpose of cinema, especially during difficult times for a country. Russia is still undergoing through a difficult period and our cinema could help the audience to overcome it. 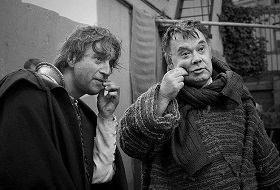 Photo: vedomosti.ru
Aleksey Herman and Leonid Yarmolnik,
"Hard to be a God", 2013

What do you think the prospects are for the Russian film industry in the near future?

With the demise of many talented people, the whole school of cinematography has disappeared. This school has to be replaced by new people and as before, an entire industry has to be developed. This means that it’s time to deal with the problems related to creativity, financing and production of films. Nevertheless, unfortunately, nowadays we are witnessing a descent to a level where the TV airtime is evaluated in dollars. Our cinema has great potential and can give necessary hope to our people.

There are other serious problems of course. During perestroika, Russia was captured by the culture of “Coca-Cola” and “Jeans”. It wouldn’t be so bad if these were quality and real things rather than fake. It is this spuriousness that kills Russian culture, science and art. I remember before, even in the subway, a majority of people read books written by great authors. I can’t say whether it is a global phenomenon because all people in the world are different. But in Russia there were many people who understood what art was, they listened to Beethoven and Rachmaninoff, watched A. Tarkovsky and A. German movies, went to see the ballet, to the theatres and to museums. Nowadays unfortunately the number of such people has dropped considerably. In order to improve the situation or at lease regain previous levels, we have to start with children, the future of our country. We have to get back to Russian cartoons, fairytales, our artists and poets such as Pushkin and Lermontov. We have to think which performances to put on, which films to make. Especially when we see on a main stage of the Kremlin hall such events as “Chanson of the year”. The will of the state is required. At the moment, as was said in ancient Rome, people have bread and circuses and they seem to be satisfied with that. It is better than it was 10 years ago of course, but people as a disorganized mob cannot grow culturally. For this purpose they have to be guided and pushed in a right direction.