Nuclear Weapons and War in 100 Years

What role will nuclear arms play in the long-term? And how will they affect future wars? Most likely, in 100 years’ time they will still be in the arsenals. In order to preserve international security, a two-pronged approach should be taken: extending the rigid limitations on military planning at all strategic levels and boosting the nontraditional arms race, primarily in cyber and space-based offensive and defensive systems.

What role will nuclear arms play in the long-term? And how will they affect future wars? Most likely, in 100 years’ time they will still be in the arsenals. In order to preserve international security, a two-pronged approach should be taken: extending the rigid limitations on military planning at all strategic levels and boosting the nontraditional arms race, primarily in cyber and space-based offensive and defensive systems.

The Future of Nuclear Disarmament

The idea of the total elimination and prohibition of nuclear weapons has occasionally surfaced in the top political echelons, virtually since they were developed. A lot of effort in this respect was made by the USSR, right through from Joseph Stalin [1] to Mikhail Gorbachev. In the 21st century, the United States took up the cause. Unfortunately, their appeals have invariably signaled nothing other than good intentions, and often mask strictly pragmatic interests – from attempts to deprive the enemy of their military advantage to preventing WMD proliferation and improving their international image. In fact, practically every nuclear power regards the weapons as a means to contain large-scale aggression. To date, no serious grounds exist to believe that, in the coming 50 or even 100 years, this attitude will undergo any kind of dramatic change. 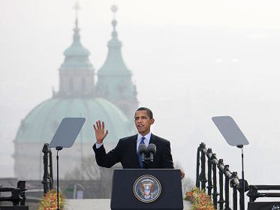 Neither Gorbachev's Plan nor Obama's Initiative succeeded in raising hopes that nuclear weapons will be fully eliminated world-over within this timeframe. Besides, Russia and the United States seem to have approached a safe (as they see it) reduction level, while other countries are explicitly unwilling to follow suit. As a result, there is absolutely nothing in the offing to indicate that achieving the Global Zero is in any way realistic. At the same time, top military and political figures speak of the growing role of nuclear weapons in national security and extensive rearmament programs, primarily in strategic systems. The same refers to China – a power actively engaged in building up its nuclear arsenal. Other nuclear powers also fail to offer any evidence that would attest to a diminishing role for nuclear weapons in their security policies, making the prospects of nuclear disarmament illusory.

Naturally, this should not rule out further efforts to agree more cuts in strategic nuclear systems, first of all involving Russia and America, and later getting other nuclear powers onto the bandwagon. However, any such attempts are only likely to see partial success, are distinctly unlikely to deliver an agreement on the total elimination of atomic arms.

Practically every nuclear power regards the weapons as a means to contain large-scale aggression. To date, no serious grounds exist to believe that, in the coming 50 or even 100 years, this attitude will undergo any kind of dramatic change.

By strategy we principally mean the gradation system brilliantly presented by American scholar Edward Luttvak, who has identified and described in detail the technical, tactical, operational and strategic levels of military strategy, in addition to Grand Strategy – a vision of a higher order. [2]. Normally, experts and politicians are most interested in the technical level, the tools for war that these nations will possess in 100 years’ time. Just remember the Star Wars debate that concentrated on technical ability to take out ballistic missiles and nuclear warheads using exotic pieces of technology such as the nuclear-pumped laser, electromagnetic mass accelerator, or ultra-high frequency weapons that the Soviet blanket term space strike weapons meant. But nuclear arms seem to be increasingly decisive for future wars, as well as at all strategy levels: the higher the level, the greater the influence. 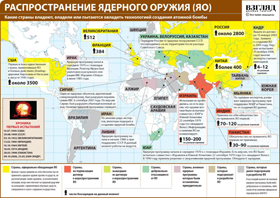 Photo: Vzglyad, Infographics (in russian)
The proliferation of nuclear weapons, 2009

The very presence of nuclear weapons in major states’ arsenals makes war between them less likely. From the strategy level perspective, this implies that nuclear weapons will barely influence strategy at the tactical level, despite the major role played in the military-technical area, i.e. at the technical level. Despite the myriad publications on the subject, no model has emerged for a limited or controllable nuclear war that has even a modicum of substantiation. Besides, the planning and execution of conventional operations at the tactical level invariably excludes the possession of nuclear weapons by any participant. It should suffice to recall the military clashes of nuclear powers, sometimes direct, for example the Korean War or Damanski Island.

The nuclear factor may be more significant at a higher, operational, level. Many experts believe that major operations in the European theater (similar to WW2) could result in the losing side using nuclear weapons. To a certain extent, this point can be seen in statements by numerous Russian military and civilian analysts who suggest that nuclear weapons to an extent compensate for Russia's weakened conventional potential [3]. Some frequently and almost plainly insist that Russia needs tactical nuclear weapons to contain a likely Chinese threat. As far as the strategic level of war is concerned, it is paralyzed by the availability of strategic nuclear forces, which reduce any such operation to theoretical calculations relating to the effects of the first and second strikes. Analysis envisages the inevitable complete annihilation of all participants to the conflict, and the world as a whole. Hence, no operational or strategic conflict between the major powers seems likely either now or in the future, but this does not preclude the theoretical and practical preparations from being made for such a conflict, including operational development, weapon modernization, military exercises, etc.

Nuclear arms seem to be increasingly decisive for future wars, as well as at all strategy levels.

Grand strategy offers the ruling elites many more tools for reaching foreign policy goals aside from military force, while competition with the use of nonmilitary instruments such as IT should expand exponentially. While nuclear weapons, to a large extent, prevent or limit the use of military force, they are not capable of keeping cyber attacks at bay, since their sources are difficult to identify. In other words, nuclear weapons will definitely push the arms race along new tracks.

Will Any Party Use Nuclear Weapons? 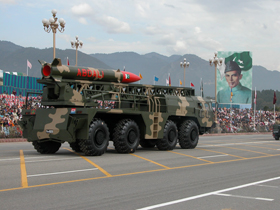 Although the threat of a large-scale war, conventional or nuclear, appears unlikely even in the long term, the probability of nuclear weapons being used in lesser conflicts remains. Today, there are several serious conflicts involving nuclear states that have the potential to escalate into the active phase. Even if these encounters fail to increase in number, a valid nuclear menace remains, for example under the scenario of a clash between India and Pakistan, in the Korean Peninsula or in the Middle East. The Taiwan issue, and the potential that a terrorist could use a nuclear IED are also known risks that are difficult to quantify.

These scenarios differ in their probability, which is essentially not all that high, but, should any come to pass, their consequences would be detrimental if not disastrous. The international community still lacks both the tools, aside from military force and the same nuclear weapons, and the plans for joint action that would be needed if this international scenario were to develop. 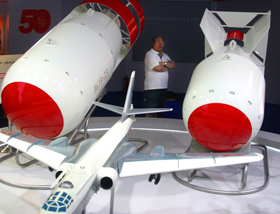 Currently, there are certain common tendencies that, in future, will have a considerable impact on all strategy levels. Despite the end of the Cold War almost 25 years ago, the world has yet to see the full extent of the consequences of this global event. One is the genuine deceleration of the arms race. The absence of this kind of impetus could bring about the overall slowdown of scientific and technological progress in the military realm, since the process would be defined by economic rather than military-political factors. Even if new effective means of war appear, their introduction will in many ways be restrained by economic considerations. Offensive systems would suffer more than defensive ones, which are likely to prevail over strike weaponry. The reason lies in part in the world powers’ growing sensitivity to military and nonmilitary losses during combat operations.

In general, this process may cause:

The rate of change should essentially hinge on the global economy (absence or presence of major crises), and on the status of political confrontation between leading countries, which requires separate analysis. However, there are numerous suggestions that future wars are likely to be caused by industrialized states’ aspirations, primarily the United States, to establish control over critical resources, many of them available in Russia (hydrocarbons, fresh water, etc).

At the same time, the use of military force in gaining control over resources seems extremely unlikely. Moreover, virtually dependent on the resource exports, Russia is unlikely to employ its energy weapon, since that would be fraught with dire economic and political consequences. This situation could change if Russia were to become the main consumer of its own resources, radically cutting its exports and filling demand via domestic production. Under this scenario, the military threat to Russia with this motivation is also unlikely to show dramatic growth, since even the occupation of oil and gas fields, as well as Lake Baikal, would raise the issue of resource transportation. In view of the economic efficiency and technical hurdles, to say nothing of the communications' vulnerability, such a project seems absurd, which makes planning resource seizure highly problematic. Therefore, if the major powers do decide to establish control over resources, the solutions should be nonmilitary.

Lapse Map of Every Nuclear Explosion Since
1945 - by Isao Hashimoto

Nuclear weapons cannot prevent military conflicts but, to a certain extent, help push competition in military technology into ever-new high-tech areas. One is information weaponry, i.e. cyber warfare, the application of which is difficult to predict. Militarization will also spread into outer space, something that is, in fact, already underway. With space systems advancing, the various states will focus on protection to boost the development of anti-spacecraft offensive systems. At the same time, the creation of systems that strike ground and airborne targets from space is unlikely due to their high cost and comparatively low effectiveness, to say nothing of their provocative nature – inevitably leading others to respond in kind.

This article offers an overview of nuclear weapons’ role in war over the coming 100 years, many of the theses presented are controversial, meaning that this is an area ripe for further study and debate.

1. In a Sunday Times interview in 1946, Joseph Stalin mentioned the need to ban the use of nuclear weapons. See: V. Batyuk, D. Yevstafyev. The First Freeze. Russian-American Relations in 1945-1950. Moscow Department of the Russian Science Foundation. Moscow, 1995, page 134.