New infections in the new world

Smallpox, polio, measles and plague have become rarities in today’s world. However, infectious diseases have not disappeared - their nature and causes for their spread have changed. High mobility and ageing of the population in industrially-developed countries, a rising share of chronic and latent infections, bioterrorism and rejection of conventional medicine – these and other factors will shape the world’s epidemiological environment in the short-term. Some challenges are evident already today, others are unpredictable, but it is possible to get ready for impending changes and prevent multiple illnesses and deaths.

Smallpox, polio, measles and plague have become rarities in today’s world. However, infectious diseases have not disappeared - their nature and causes for their spread have changed. High mobility and ageing of the population in industrially-developed countries, a rising share of chronic and latent infections, bioterrorism and rejection of conventional medicine – these and other factors will shape the world’s epidemiological environment in the short-term. Some challenges are evident already today, others are unpredictable, but it is possible to get ready for impending changes and prevent multiple illnesses and deaths.

Today’s world is mobile as never before – lots of people make trips, they often go to the remotest parts of the world carrying along with them infectious diseases. Epidemiology is increasingly a non-location-specific effort, for not only endemic infections need to be monitored but some pathogens earlier considered exotic. This is a global challenge and Russia has to promptly identify and control imported infections. Every 3 or 4 months the world registers a new pathogen or the reappearance of an old one with new properties [1]. For example, the West Nile virus which, in 1999, found its way from North Africa to New York spreading across all US states, has evolved into a more pathogenic strain. 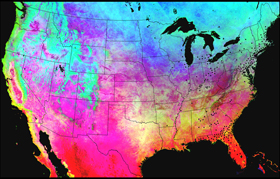 Migration is a special challenge for epidemiological surveillance with most migrant flows coming to Russia from the South- the Central Asian states and China. With health care services underdeveloped in some of these countries, people coming from these places to Russia bring along pathogens whose spread has been effectively terminated in this country (for example, polio). Moreover, illegal migrants often live in unhygienic conditions and have no access to qualified healthcare services. This facilitates dissemination of infections among them which then inevitably spread among the entire population. Prevention of illegal migration would be an optimal solution, but until this issue is resolved, Russia has a vested interest in setting up a system of basic healthcare for migrants and administering such preventive measures as inoculations.

A fight against chronic and latent diseases has become increasingly important for healthcare over the last 50 to 70 years, as acute infections - with some exceptions – are easier to control by the means available. Life strategies of pathogens causing acute infections are not designed to fight an immune response – they either leave their host before the defence mechanisms function or they cause its death. For this reason, it is easier to develop vaccines against such pathogens and they are more efficient than vaccines against pathogens causing chronic infections. Epidemiological surveillance of such infections is more straightforward as they have a short incubation period coupled with acute symptoms. Severe Acute Respiratory Syndrome (SARS) and HIV epidemics offer an apt comparison in these terms. 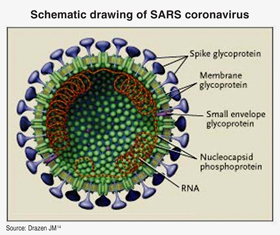 Coronavirus causing a severe acute respiratory syndrome (SARS) was detected very quickly after it got into the human environment. The infection’s short incubation period coupled with acute symptoms enabled to track its proliferation and take requisite quarantine steps which contained the epidemic before it spread across the entire world. But having started as early as the 1960s, the HIV epidemic was detected only twenty years later [2]. The long incubation period of 6 to 8 years enabled the virus to spread across the entire world as both medics and the infected were for a long time unaware of the infection. Moreover, HIV is highly adapted to evading the immune responses thus making anti-HIV vaccine development by far more challenging.

More efficient diagnostics with a focus on risk groups or even covering the entire population is required to ensure epidemiological surveillance of such ‘hidden’ infections. TB diagnostics by the Mantoux test which everybody in the USSR underwent on a regular basis may serve as a good example.

This approach, however, is by no means cheap, for apart from the cost of the tests per se, an infrastructure to ensure regular mass-scale testing is needed. The efficiency of testing is in direct proportion to the prevalence of the disease in the population. For this reason, inoculations remain, in the long term, the most efficient method to control these infections as well. There are already vaccines against some of them (hepatitis B, chickenpox and human papilloma virus, for example), but attempts to develop vaccines against many other microbes have been unsuccessful so far.

Anti-vaccinationism, alternative medicine and other types of quackery

Medical advances in the 20th century dramatically reduced the number and severity of infectious diseases. Paradoxically though, this success has diminished the society’s concern over vaccinations and confidence in traditional medicine.

A favourable epidemiological environment has led to a re-valuation of vaccine-related risks and benefits – while they were earlier viewed as protection against widespread infectious diseases, they are now regarded an unnecessary risk. In extreme cases, at issue is complete discontinuation of inoculations, rejection of traditional medicine and use of unverified or inefficient substances.

Proliferation of pseudo-science and the so-called alternative substances is a major challenge today (let us recall an outbreak of whooping cough in California with the situation most unlikely to change in the short-term. The paradox of the situation is, among other, that the Internet, initially created for an information exchange among scholars, has lately become a key source of dissemination of quackery and nihilism. Unfortunately, network users lacking relevant education are often unable to distinguish between a doctor’s or a scientist’s qualified advice and a piece of disinformation. Monitoring emergence and dissemination of new antiscientific theories, scholarly communities as well the Ministry of Healthcare can counter them by providing valid information from qualified sources. 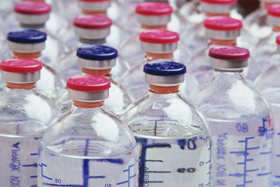 Growing microorganism resistance to drugs is an inevitable process that can be delayed or slowed down but not stopped. Resistance is already an issue in TB, malaria, staphylococcal infections and many other diseases. Development of new pharmaceuticals is a complex, expensive and very lengthy process. A more stringent drug control is needed to restrict their unauthorized use.

Addition of low concentration anti-microbe drugs to animal husbandry fodder is a widely known problem. For unclear reasons, such additives accelerate animal growth; however, such use of drugs facilitates resistance formation and dissemination.

Self-medication is another issue especially in acute respiratory infections when sick persons start taking antibiotics or antivirus pharmaceuticals ‘just in case’ and discontinue medication as soon as the symptoms abate.

Resistance applies not only drugs but vaccines as well. Vaccine-induced immune response focuses on certain virus and bacteria targets, specific for the strains used in vaccine preparations. Microbes circulating in the population adapt to this immune response and evolve by changing targets of their attacks. A classic example of such an evolution is annual changes of the flu virus. The ability to promptly mutate and evolve is an intrinsic property of microbes varying from one microbe type to another.

The standard approach to this issue today is to develop new vaccines attacking the mutated strain the way it is done for the flu virus. However, accumulation of knowledge will, in future, provide opportunities to develop universal vaccines – either to attack the unchangeable parts of the microbe or to induce an immune response of a very broad range of action.

Over the last hundred years, life expectancy in industrially-developed countries has dramatically increased with the trend most likely to continue. An ageing population creates a variety of problems in terms of epidemiological surveillance as people lose immunity acquired due to inoculations or natural infections. Re-vaccination with standard vaccines is often inefficient failing to elicit a requisite immune response. Pharmaceutical companies are developing vaccines specifically designed for ageing people. A weakened immune response increases vulnerability to infectious diseases and causes reactivation of latent infections. Thus, a childhood chicken pox will manifest itself in a most painful herpes zoster and a vaccine for people over 60 has been developed to prevent this disease (http://www.webmd.com/vaccines/features/shingles-vaccine-for-adults). 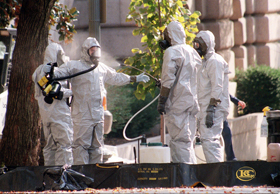 Photo: www.latimes.com
A hazmat worker is hosed off on Capitol Hill in
October 2001 after anthrax-laced letters were
sent to two senators. October 23, 2001

Attempts to use infectious agents as weapons are well known, but all of them have failed, so far, to cause major epidemics. American colonists used smallpox-infected blankets to spread the disease among the American Indians. The experiment was not a big success – for the venture was a drop in the ocean given a natural spread of the virus [3]. Everybody knows the story of the anthrax spores mailings in the USA, but they failed to cause a mass-scale infection affecting only a handful of people.

However, one cannot rule out a successful intentional dissemination of pathogens in future. A scholar experienced in working with infectious agents may, if desired, inconspicuously produce a substantial quantity of viruses or bacteria and devise efficient ways of their dissemination. Biotechnological tools are becoming increasingly accessible and, in principle, one can today set up a bio laboratory even in a garage [4].

It is possible and necessary to control key tools and reagents needed for such kind of work, but this will not enable to fully eliminate the threat of bioterrorism. For this reason, advance preparations need to be made for such a scenario and studies of potential use of infectious agents as weapons should not be banned but supported. Such studies will allow to understand which infectious agents may be used for such purposes, what channels may be used for their dissemination and what kind of preventive measures need to be taken. For example, many countries keep a stock of smallpox vaccine now. However, nobody knows how broad the vaccine’s range of action is and whether modification of the smallpox virus to render the vaccine ineffective is a big challenge. 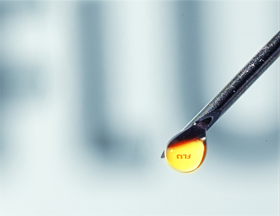 The only way to prepare for infection crises that will inevitably unfold in the 21st century is to provide a flexible training of experts capable to identify new diseases, evaluate the epidemiological situation and develop preventive measures and new drugs. The currently-popular focus on “top priority areas’ has a number of advantages, but it does not allow to produce specialists with a broad general and specialised knowledge. Russia does and will primarily need just good biologists, epidemiologists and doctors. It makes sense to develop top priority areas solely above a system capable to train specialists. Russia’s current educational system is not on a par with the world standard which means that tomorrow the country will have to ask for assistance or use solutions developed in other countries. This will be costly and, most importantly, not efficient or prompt enough.

In spite of successes scored by bio medical prevention of infectious diseases, they continue to pose a threat to modern society with a variety of major social and economic changes impacting the epidemiological situation in Russia and across the world. But it is possible and necessary to prepare for some of them. However, the most efficient approach, in the long-term, will be investment in a research and educational complex capable to produce and slot into jobs experts in various areas of science.