The Crisis Group recently released a briefing on Russia’s partial pull-back of forces from Syria, its implications on the ceasefire as well as on Moscow’s wider strategy in this conflict. Analyzing Russia’s latest actions in Syria, including the ceasefire deal and partial withdrawal of forces, most experts (as well as the Crisis Group report) draw a conclusion that Moscow has separated Assad’s future from that of Syria.

The Crisis Group recently released a briefing on Russia’s partial pull-back of forces from Syria, its implications on the ceasefire as well as on Moscow’s wider strategy in this conflict. Analyzing Russia’s latest actions in Syria, including the ceasefire deal and partial withdrawal of forces, most experts (as well as the Crisis Group report) draw a conclusion that Moscow has separated Assad’s future from that of Syria. Many agree that while Russia has stabilized the government it has also put more pressure on Bashar Al Assad by making its military presence on the ground adjustable in accordance with the latter’s willingness to cooperate.

The survival of the Syrian government with Assad as the president is paramount to Russia in mid-term, even if the allies disagree on key issues, such as the military strategy and the ceasefire deal. Moscow is being guided by its own national interests and an ambition of a key player in Middle Eastern affairs, rather than any commitment to Assad’s political future.

Putin’s strategy in Syria: Rooting out opposition or fighting extremism?

Mainstream political-military analysis that looks at the strategy Russia has employed in Syria mistakenly suggests that the key objective has been to help the government completely eradicate dissent (both violent and non-violent). It would make sense to divide the Russian campaign in Syria into two stages that are following two major goals: Stabilizing the government and fighting extremists. Strengthening Damascus would not be possible without targeting rebel groups, including those supported by the West, throughout the northwest of the country where Bashar Al Assad had suffered a string of defeats. By so doing Russia in some sense marginalized the opposition forcing some groups to drop a pretense and openly pledge allegiance to extremists.

Once the collapse of the Syrian army was averted and Assad’s rule was no longer on the defensive Moscow moved on to targeting ISIS among other armed groups. This double-faceted strategy is precisely the reason why the assumption that the job would be done for Russia only when and if all parts of the opposition (“jihadist and non-jihadist” as per the Crisis Group report) are defeated is wrong. 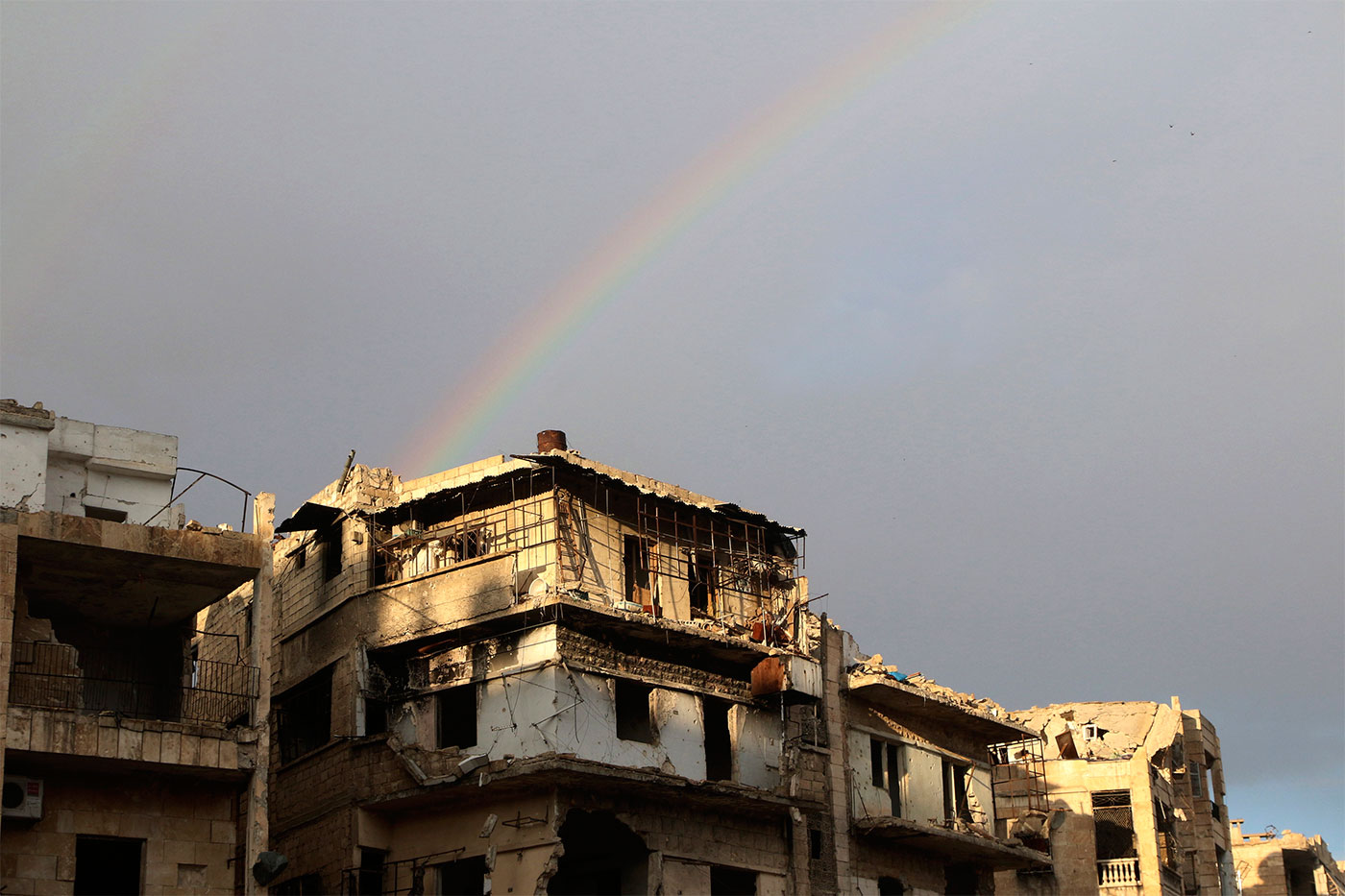 It wouldn’t be accurate either to suggest that in Syria Russia equated the jihadist and non-jihadist opposition. Prior to the intervention Moscow made numerous attempts to reach out to opposition groups, both loyal to Assad and those opposing him. The National Coordination Committee for Democratic Change, one of the main groups representing internal opposition, participated in the two rounds of Syria talks that took place in Moscow last year. Through various diplomatic channels the Kremlin also attempted to convince the Syrian National Coalition to send a representative to talks, but to no avail.

But even after the bombing campaign had begun Russian officials claimed that they were in touch with a number of Free Syrian Army factions. In December Vladimir Putin went as far as to say that Russian airstrikes sometimes provide air cover to certain FSA groups during joint operations against the Islamic State. The fact that Moscow never stopped reaching out to opposition groups that may or may not be loyal to the Assad government allowed it to set up contact with dozens of factions and convince them to join the ceasefire deal once the truce finally kicked in in February.

Mainstream opposition constituted a legitimate target for as long as it threatened Assad’s future.

All in all it doesn’t seem that defeating the non-jihadist opposition was Moscow’s objective in Syria. Mainstream opposition constituted a legitimate target for as long as it threatened Assad’s future. However, eliminating it entirely would prove a daunting task for Russia in which it would surely fail. While Russian airstrikes have had an astounding effect on the diplomatic front and turned the tide for Assad they’ve resulted in limited gains on the ground. The rebel-controlled landmass in northwestern Syria that has shrunk somewhat in Aleppo largely remains intact after 6 months of intensive bombings. In some areas, especially in southern Syria, the armed opposition managed to grab more territory despite Russian airstrikes.

According to some accounts (hints at this may also be found in the Crisis Group briefing) Russian airstrikes resorted to collective punishment in Syria. However, it largely remains a speculation whether Russian airstrikes in civilian areas under rebel control were part of a deliberate military strategy or whether these strikes were carried out by Russian jets at all. Most evidence from the ground suggesting this was collected by eyewitnesses and locals who sometimes could not tell Russian fighter jets from those belonging to the Syrian Arab Air Force. 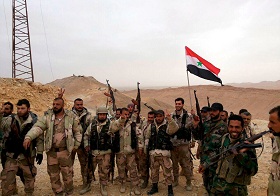 REUTERS/SANA
Yuri Barmin:
The Capture of Palmyra: Victory in Battle, but
Not a Turning Point

Throughout the intervention for most of its intelligence Moscow has relied on data provided by Damascus. Coupled with the information that the Russian forces obtained through surveillance and reconnaissance operations (both ground and aerial) it is used for target designation. At the outset of the Russian operation in Syria a number of reports appeared suggesting that Moscow began treating the intel Damascus was providing to it with a share of suspicion following early airstrikes that appear to have targeted civilian infrastructure in northwestern Syria.

The bombing campaign turned out to be effective as a snap operation carried out over a short period of time but would prove largely futile in the long run with militants adjusting their strategy as time goes by (much like it happened during the US campaign in Iraq ad Afghanistan). While the Crisis Group report assesses that Russia “might well have defeated the non-jihadist opposition within months”, in reality it would have taken Moscow years to do that and the effectiveness of the operation would be decreasing the longer it goes on. Having weighed all pros and cons the Russian leadership likely opted to scale back its military presence before these vulnerabilities get discovered.

The changing dynamic of the Russia-Iran alliance

The survival of the Syrian government with Assad as the president is paramount to Russia in mid-term, even if the allies disagree on key issues, such as the military strategy and the ceasefire deal.

The withdrawal of excess forces by Russia was welcomed both by Damascus and Tehran who claimed they had been aware of the decision. But both have also recently shown discord with Russia over its actions in Syria. This made some experts to believe that the withdrawal may have disappointed largely offensive sentiments that prevail in Damascus and Tehran.

As the Crisis Group briefing suggests, if Russia significantly diminishes its role in Syria the burden to support Damascus militarily would fall on Iran and its network of proxies who have constituted the backbone of Assad’s forces. But Russia’s withdrawal would not necessarily lead to Iran’s more active role in the conflict, after all the tasks the two carry out in Syria are quite different.

syria.mil.ru
Gevorg Mirzayan:
How to Leave and Gain at the Same Time

Iran has supported Assad since the start of the conflict by providing weapons as well as ground forces. The Iranian Revolutionary Guards Corps, as well as IRGC-backed Hezbollah and the National Defense Force (that outnumbers the Syrian Arab Army) have contributed dozens of thousands of troops to fight face to face with ISIS, JAN and non-jihadists throughout Syria, hence a massive death toll among Iranian fighters and other external militias. It is rumored that hundreds of IRGC fighters have been killed in Syria since October 2015, including at least four senior commanders.

The reason why Moscow’s involvement in Syria dramatically changed the situation on the ground is because the aerial support that Russian jets have provided cannot be matched by the enemy. The Russian bombing campaignhas contributed to the degradation of the adversary’s infrastructure and ranks giving way to Assad’s offensives. Among other things the involvement of the Russian Air Force has allowed the Syrian Army to decrease the death toll rate since October 2015.

In other words, the withdrawal of Russian jets from Syria is unlikely to result in a wider Iranian presence on the ground, simply because IRGC, Hezbollah and Shia militias do not have the capacity to provide aerial support. Similarly, the Russian military campaign is not designed to boost the capacity of pro-Damascus ground forces. In fact, the two elements of the anti-terrorist operation have been carefully calculated, so that with the pull-back of excess air force a portion of ground forces could also be withdrawn.

Challenges ahead for Moscow 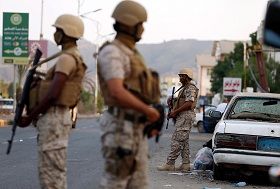 The Crisis Group report raises important questions regarding the inconsistencies in Russia’s strategy towards Syria. One of them concerns the procedure of the political transition from Assad to a new leader and whether there should be one. The Kremlin’s official position is that only the Syrian people can determine Assad’s future, hence presidential elections should be scheduled before any speculations as to when and how the Syrian president will depart from power.

Moscow, however, is perfectly aware that the political process that leads up to presidential elections entails a number of pre-requisites. While various Syrian opposition groups have different degrees of flexibility on when exactly Bashar Al Assad should leave power, all of them agree that a date for his departure should be set as part of the ongoing political process. More importantly, the opposition is united in that the Syrian president has no right to stand for re-election if his desire for a political transition is genuine. In other words unless the opposition is guaranteed that Assad will eventually step down there will be no talk of presidential elections and the peace process will get derailed. While the government’s recent military gains empower Assad Moscow finds it harder and harder to balance between allies and opponents.

The Kremlin’s official position that emphasizes the importance of elections and the upholding of formal procedures does not mean that Moscow is not on the lookout for a potential successor. This task is clearly challenging given the fact that Syria’s entire Alawite community is on the defensive and an Alawite-dominated leadership will be almost impossible to sell to Sunni Syrians as well as their foreign backers.