As a result of Russia's economic crisis, currencies in the EEU keep fluctuating, impacting both Kazakhstan and Belarus. Things have been so ghastly that in late 2014, Kazakh businesses asked their government to temporarily restrict trading with Russia because the tense soared against the ruble, making Russian goods in Kazakhstan too cheap. Finally, the currency fluctuations saw a 20-percent drop in trade between the two countries. We met two top Kazakh analysts – Andrey Chebotaryov, Director of the Alternative Center for Contemporary Research, and Danyar Kosnazarov, Head of the Central Asian and Caspian Studies at the Kazakhstan First President Library – to ask them five questions and find out if the EEU may become attractive for other countries or generate more friction between current participants due to its unbalanced mechanisms.

As a result of Russia's economic crisis, currencies in the Eurasian Economic Union (EEU) keep fluctuating, impacting both Kazakhstan and Belarus. Things have been so ghastly that in late 2014, Kazakh businesses asked their government to temporarily restrict trading with Russia because the tense soared against the ruble, making Russian goods in Kazakhstan too cheap. Finally, the currency fluctuations saw a 20-percent drop in trade between the two countries.

We met two top Kazakh analysts – Andrey Chebotaryov, Director of the Alternative Center for Contemporary Research, and Danyar Kosnazarov, Head of the Central Asian and Caspian Studies at the Kazakhstan First President Library – to ask them five questions and find out if the EEU may become attractive for other countries or generate more friction between current participants due to its unbalanced mechanisms.

How does Kazakhstan view the EEU’s goals and objectives? 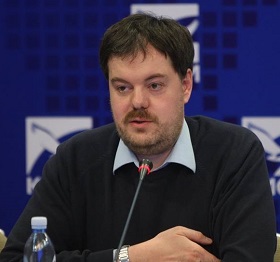 Andrey Chebotaryov: We are quite pragmatic about membership, anticipating economic and social dividends. Astana is interested in preferences for the export of energy to Russia and its transit to other countries.

Political factors are also important. Kazakhstan is holding on to its multidirectional foreign policy of maneuvering between key geopolitical actors in order to create the optimal balance. Astana views Eurasian integration as a counterweight to growing Chinese economic expansion, and is also taking steps to limit Russia's influence through the EEU. Hence, we are moving toward China, the European Union and the United States, as well as toward the World Trade Organization.

Danyar Kosnazarov: After the Ukraine events, the EEU is part of an utterly different reality. Before the crisis and anti-Russian sanctions, the process was supposed to advance peacefully, with ties between Russia and the EU undiminished and a much less politicized economic realm, at a greater distance from geopolitics. The fallout of Crimea’s move to Russia was the first trial for the EEU integration experience, causing disagreement within the union and greater emphasis on sovereignty among its members.

Measures under discussion in Kazakhstan, including bans on cheap Russian goods, only prove that each EEU member state will be guided by profit. It seems a fairly healthy process of adjustment and outlining the union’s borders. Any integration process implies a permanent search for compromises and will definitely benefit the Kazakhs.

What role could the EEU play in the solution of Central Asia’s economic problems?

Andrey Chebotaryov: This May, the EEU will admit Kyrgyzstan, and Tajikistan is on the horizon. The EEU mechanisms may improve interaction between Astana and Bishkek and, later, Dushanbe, for example on trans-boundary trade and labor migration. In October 2012, Kazakhstan cut the import of Kyrgyz dairy products because the country had no law on cattle identification and no workable guarantees on cattle health and quality standards for produce. To remove the ban, Astana had to negotiate within the then Customs Union, while the Kyrgyz Ministry of Economy was threatened in return by an import ban on Kazakh cattle-breeding products, alcohol, cigarettes and confectionaries. A full-scale trade war was prevented, but with Kyrgyzstan inside the EEU, there would be fewer grounds for such incidents.

The prospects for relations between the EEU and Uzbekistan, which tends to keep its distance from Russia-dominated integration initiatives, still seem unclear. Should Tajikistan choose to join the group, Uzbekistan will feel isolated and may curtail trade with the three neighboring republics and switch over to China, the United States, the European Union and other countries further afield. Tashkent might suggest reviving the Russia-free Central Asian integration processes that ended in 2005. And Astana seems ready to support this drive. 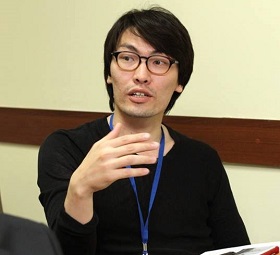 Danyar Kosnazarov: The launch of the EEU and proximity to China, the world’s second largest economy, bring Central Asia into a qualitatively new era. The accession of Kyrgyzstan and later Tajikistan suggests that Kazakhstan will not be the only country to represent Central Asia in the EEU. During the past 20 years, the region has been falling apart, primarily in energy and logistics, with no foundation for coordinated efforts. The EEU could become a vehicle for bringing the states together and raising their mutual responsibility.

Even Uzbekistan appears to understand how important it is to find a healthy format for cooperation with the EEU, because customs barriers and costs for transportation via Kazakhstan may harm the Uzbek economy. Tashkent would like to seize the moment and consolidate its presence on the Russian market, taking advantage of Moscow’s import substitution policies. Tajikistan and Kyrgyzstan host CSTO bases, and Russia is going ahead with financing hydropower station construction there. Tashkent has to negotiate with Moscow on solving its neighbor-related problems. The resumption of Uzbek gas deliveries to southern Kyrgyzstan proves that Moscow is in fact advocating the EEU states’ interests.

How could the EEU affect Central Asia’s relations with other countries and international organizations?

Andrey Chebotaryov: The EEU largely reflects Russia’s geopolitical interests. Hence, Central Asian states may become involved in competition between Russia and other outside actors, especially as the sanctions war between Russia and the West is in full swing. At the same time, other states and international entities refrain from putting pressure on Kazakhstan and other EEU-oriented countries, lest they aggravate relations and nullify existing clout. Each outsider is operating in central Asia in parallel with others. First comes China, which relies mostly on economic tools.

After the Ukraine events, the EEU is part of an utterly different reality.

Danyar Kosnazarov: The Ukraine crisis, triggered mainly by Kiev’s vacillation about the EU and the EEU, is fueling Western interest in Eurasian integration, in particular regarding the actions and decisions of Astana and other regional capitals. As far as Kazakhstan is concerned, the EEU also seems yet another channel for messaging the West.

Economic integration suggests the participants’ readiness to share risk. In what way could other states’ economic crises influence your economy?

Andrey Chebotaryov: Russia’s economic downturn also damaged Kazakhstan due to the ruble fluctuations against the tenge. However, there seem to be no outright views concerning the impact of Russia’s misfortunes on Kazakhstan’s socio-economic environment. Our consumers, especially in areas bordering Russia, only gain, as their purchasing power soars due to lower prices for Russian goods. Of course, the unhappy Kazakh producers have even tried to make the government restrict the imports of Russian vehicles, construction materials and foodstuffs. There was a six-week-long suspension on deliveries of Russian gas and diesel fuel, which suggests that the interests of producers and consumers are not aligned.

Danyar Kosnazarov: The EEU’s founders seem to be in dire straits for the time being. So, one can hardly expect a helping hand stretched out to new members with weaker economies. However, the Russian economic crisis provides EEU members with opportunities for entrenchment in the massive Russian market thanks to the import substitution policies adopted by Moscow. However, any incursion would hardly be trouble-free. A weaker ruble hampers exports for Kazakh producers, who also face difficulties competing with cheaper Russian goods. These developments indicate competition within the Customs Union, as states view the EEU as a market for their products, which is generally good for everyone, because the union had been established to make our markets more competitive vis-à-vis third countries. Of course, a lot is to be done to make it come true.

The EEU is meant to be fully up and running by 2025. What is your vision of the union in 10 years’ time? 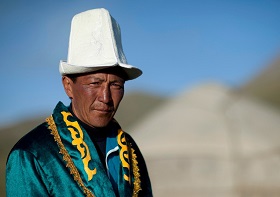 Flickr / Eric Lafforgue
Kyrgyzstan Experts’ Polemic:
“Kyrgyzstan and the EEU: Better In than Out”

Andrey Chebotaryov: There seem to be three basic scenarios:

Scenario One. The EEU eliminates all flaws engendered by the Customs Union and enters a phase of sustainable development based on implementation of the EEU Treaty and associate documents. Tajikistan jumps in, while relations with other countries in the near and far abroad advance constructively, including through the establishment of free trade areas. By 2025, the EEU emerges as a solid interstate bloc setting the agenda for integration processes in the post-Soviet space.

Scenario Two. Due to divergent goals and interests among member countries, the EEU proceeds slowly, giving rise to diverse problems and frictions between states, which lose interest in participation. For some time, Russia forcibly retains the union and its structures, although with diminishing fervor due to domestic problems. Finally, the union risks transforming into an intergovernmental association operating on an explicitly formal basis like the former Eurasian Economic Community.

Scenario three. Things go as planned but the member countries undergo a leadership transition causing policy changes and resulting in a stronger influence by the United States, the EU and China on the political elites. The participation of Armenia, Russia, Kyrgyzstan and later Kazakhstan in the WTO, is also key, as it may also affect the EEU and even trigger its collapse.

That the countries in the region must foster ties with Russia and China, which will be, under any scenario, the dominant countries.

Danyar Kosnazarov: The EEU offers a chance to test the feasibility of Central Asian integration, and failure would discredit the very idea. What is clear that the countries in the region must foster ties with Russia and China, which will be, under any scenario, the dominant countries. The republics give room to roads and pipelines connecting Europe and China. Differences between Central Asian countries will hamper the Chinese regional projects. Awareness of these realities should add flexibility and compromise to their mutual attitudes. In other words, acquiescing to China may both help the Central Asians’ approach to each other and define the future of the EEU.

Views put forward by Kazakh experts on the EEU, its future, and ways to overcome the economic crises occurring in a single member country suggest some conclusions:

Rate this article
Share this article
FOLLOW THE LATEST DEVELOPMENTS
Tags
Russia, Central Asia, Kazakhstan, EEU
Reader's choice
HideShow
The Distributed World
Asia, Eurasia and the European Crisis: Results of 2022
Unprecedented Sanctions? By No Means
Sanctions and the Confiscation of Russian Property. The First Experience
Context and Practice of International Politics: Experience in 2022 and Expectations from 2023