Japan: The Liberal Democrats Are Back in the Game

Led by Shinzo Abe, the Liberal Democratic Party of Japan (LDP) recently won elections to the Diet’s lower house and returned to power, following its drawn out defeat in 2009 at the hands of the Democratic Party of Japan (DPJ). After maverick party leader Junichiro Koizumi retired from politics, the DPJ used the opportunity to block the passage of critical bills in order to humiliate the LDP, after it lost its majority in the upper house. Should the Liberal Democrats succeed at the Diet’s upper house elections in July 2013, the Abe government stands a real chance of lasting for a significant period of time.

Led by Shinzo Abe, the Liberal Democratic Party of Japan (LDP) recently won elections to the Diet’s lower house and returned to power, following its drawn out defeat in 2009 at the hands of the Democratic Party of Japan (DPJ). After maverick party leader Junichiro Koizumi retired from politics, the DPJ used the opportunity to block the passage of critical bills in order to humiliate the LDP, after it lost its majority in the upper house. Should the Liberal Democrats succeed at the Diet’s upper house elections in July 2013, the Abe government stands a real chance of lasting for a significant period of time.

As far as relations with Russia are concerned, the Abe cabinet should advance bilateral commercial cooperation (Japan has become a major importer of Russian oil and gas), while attempting to settle the territorial dispute. Against the backdrop of aggravated relations with China, Japan has a more positive view of Russia, which could serve to pacify the atmosphere for settlement talks. 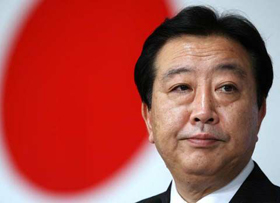 The turnaround in Japanese preferences is a consequence of the mixed electoral system: 300 out of 480 deputies come from one-candidate constituencies and the rest from regional party lists. This time, the LDP received 43 percent of the votes in one-candidate districts (just 4.32 percent more than in 2009), while the DPJ won 22.8 percent (against 47.43 percent in 2009). Part of the DPJ’s electorate backed new opposition parties instead.

Obviously, the outcome is less a LDP victory and more a popular rejection of the DPJ based on its record. In fact, the total number of votes won by the LDP dropped by 5 million: the 59.32-percent turnout was at an historic low, 10 percent less than that seen in 2009. The DPJ lost voters’ confidence through its poor governance skills and VAT rate hikes – it is set to rise from 5 to 10 percent by 2015. 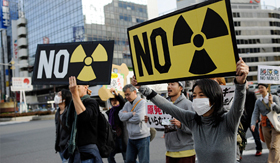 The party’s inexperience has also further complicated Japan’s relations with the United States and China. Yukio Hatoyama’s rash words have created extra hurdles for the relocation of the U.S. base from Okinawa, whereas Yoshihiko Noda’s cabinet rushed to nationalize the Senkaku Islands in the East China Sea prompting an outburst from Beijing. Naoto Kan, in his turn, proved less than able to handle the Fukushima disaster.

After the elections the DPJ, now significantly weakened, faced a dilemma – should it remain in opposition? Or should it merge with newer and more dynamic parties, such as the Japan Restoration Party that was set up hastily on the eve of December elections and led by two populist figures, Osaka governor Toru Hashimoto and Tokyo governor Shintaro Ishihara.

Risks Delayed Until Summer – With the Emphasis on the Economy

Although dominant in the lower house, the LDP still suffers from restricted room to maneuver due to its upper house minority (82 seats out of 242, with 87 seats belonging to the DPJ –), the approval of which is mandatory in order for laws to become effective. This balance prompted the LDP to enter into a coalition with the Komeito Party, with its Buddhist support base and populist, pacifist policies. 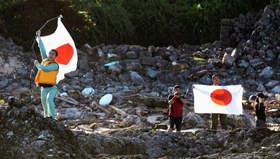 Abe's primary task seems to be winning or, at least, not losing more ground at the upper house elections slated for July (one half to face election in July and the second half in three years’ time).

Given this situation, Abe has little choice but to display moderation, focusing on economic stimulus using financial and other levers. He is unlikely to take risks abroad. In the time before the new Chinese government emerges in March, Abe should attempt to settle relations with Beijing. Actually, he was the one who visited China in 2006, soon after election, to straighten out the embittered dialog by establishing a strategic and mutually beneficial partnership. Abe is a realist who is gaining experience. On January 25, Komeito leader Natsuo Yamaguchi visited Beijing to personally hand Abe's letter to CPC Secretary General Xi Jinping, which was positively covered by Chinese media.

With China's military power growing and U.S. military spending undergoing cuts, more voices in Japan are being raised in favor of independent defense up to and including nuclear weapons. Abe is outside this camp, advocating close alliance with the United States. However, Abe and the LDP will put an end to permanent defense spending cuts, which in 2003-2012 fell 5.7 percent, to 4.6 trillion yen or 51 billion dollars. On January 4, the Mainichi (Japan’s biggest nonaligned newspaper with the third largest circulation) reported that the LDP intended to request a 2-percent rise for the defense budget, aiming to bolster the defense of Japanese “southwestern islands” that extend from Okinawa to Taiwan, as a barrier between China and the blue sea. At the same time, Japan is running a budget deficit, due – inter alia – to growing social expenses. 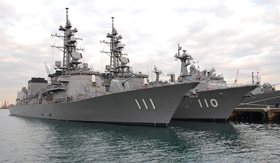 Hence, Japan seems to have neither the intention nor the capacity to become a military power, which means the country will build up weapons sensibly, as soon as the need arises. The acquisition of nuclear weapons remains a minority opinion. Due to Japan's small territory, nuclear weapons are unlikely to contain an aggressor. The fact that the idea is opposed by the United States is also significant.

With relations between Tokyo and Beijing further strained, Japan suddenly views Russia as a moderate and sensible power that, at least is not demanding any territories. Whereas Japanese wrangles vis-à-vis South Korea and China often escalate out of control, the Japan-Russia controversy is manageable. This lengthy dialog has also brought some substantial gains: in the difficult times that followed the collapse of the Soviet Union, Japan assisted the Russian population on the islands; former Japanese residents have visited the islands visa-free; there is an agreement on mutual fishing rights around the disputed islands, etc. 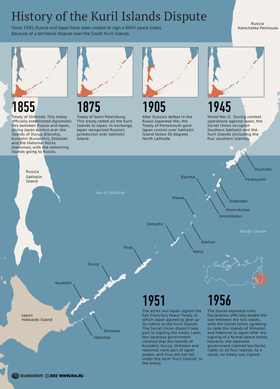 Some Japanese politicians and experts insist Tokyo should make territorial concessions to Moscow for the sake of a future relationship built on trust. They believe that under this scenario Russia could become Japan's counterweight to China. The Japanese government would not share this opinion, realizing that Moscow is neither willing nor able to oppose Beijing. As we see it, even without territorial concessions, Japan should be able to expand cooperation with Russia to meet both countries’ interests.

Lately, Russia has become increasingly active in its eastward policies, although it should be noted that the east means not only China but also Japan, the United States, South Korea, Taiwan and ASEAN countries. Japan is importing a lot of hydrocarbons from Siberia and Sakhalin (9 percent of domestic consumption [1] from each area), and seems prepared to participate actively in the economic development of the Russian Far East.

As for the peace treaty and post-war delimitation of borders, Tokyo's official proposal made at the 1998 Kawana summit remains in force: if Russia recognizes Japan's sovereignty over the islands, Tokyo will be flexible about the timing and procedure of their return.

Although there is by no means a plethora of reasons for those involved to seek a hasty resolution of the problem, it is still regrettable that Japan and Russia cannot find common ground, even 67 years after the end of the war. There is a window of opportunities for a fresh approach to the issue, more balanced and free from excessive emotions. If the two sides find it difficult to take the first step toward rapprochement, they should take advantage of these third party proposals.

Since Junichiro Koizumi left his post in 2006, Japan has become somewhat invisible. At the same time, Japanese money and technologies are hard at work all over the world, including in Russia and East Asia. Despite the memories of war, most Asian countries view Japan as a reliable partner that supports their independence and economic development, while cooperation with Japan is also critical for the United States, the guarantor of stability and free trade in Asia Pacific.

As this paper mentioned, a great deal depends on the outcome of the Diet’s upper house elections next July. Economics will be critical. If Abe's policy of lowering the yen rate revitalizes industrial production, his government may win four more years – until the lower house’s next elections. But if the yen falls too far and inflation peaks, the LDP would be disgraced yet again; many Japanese hope that Abe will be able to help Japan regain its pride.