Germany Opens its Doors to Refugees, but only Syrians are Welcome

The German choice to welcome Syrian refugees raises several questions. According to Eurostat, in 2014 most of the asylum burden lay on Germany, Sweden, Italy, France and Hungary; according to FRONTEX, in the period 2010-2014 the majority of migrants heading to EU countries came from Syria, Afghanistan, Kosovo, Eritrea and Serbia. In light of these data, why did Germany decide to open the doors only to Syrian refugees?

In July 2015, during a meeting with students at the Paul Friedrich Scheel school in Rostock, the Chancellor Angela Merkel announced that Germany could not manage to take every refugee, making Palestinian refugee children cry. However, in mid-September 2015 the German government announced the suspension of the Dublin Regulation, and opened its doors to Syrian refugees. “There is no legal limit to the number of people fleeing political persecution Germany,” said the Chancellor. In addition, the federal government will increase its 2016 budget by €3 billion to cope with the refugee situation. The regional state governments and local authorities will make available a further €3 billion.

The German choice to welcome Syrian refugees raises several questions. According to Eurostat, in 2014 most of the asylum burden lay on Germany, Sweden, Italy, France and Hungary; according to FRONTEX, in the period 2010-2014 the majority of migrants heading to EU countries came from Syria, Afghanistan, Kosovo, Eritrea and Serbia. In light of these data, why did Germany decide to open the doors only to Syrian refugees?

Based on Syrian presence in Germany, the integration of the Syrians is easier than that of refugees from other countries, having a better level of education and being considered as a valuable professional resource. According to World Bank data, in 2010 Syria received approximately $2 billion in remittances from abroad, but in 2014 this figure has been greatly reduced ($1.623 billion). Analysis data on remittances from Germany shows that the dramatic reduction occurred in the last five years ¾ from $105 million (2010) to $26 million (2014). In general, the reduction of remittances can be attributed to various factors, such as the economic situation of the country of origin, a greater integration of immigrants in the host country, as well as to family reunification. This last is the main reason for Germany’s choice of the Syrian refugees. 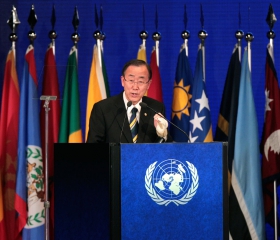 Dmitry Borisov: Who Rescues the Rescuers:
UNHumanitarian Agencies in Crisis

There are other situations similar to the Syrian-German case, as the Algerian in France and the Pakistani in the United Kingdom; and in Italy, landing place for many migrants? Most migrants coming mainly from sub-Saharan Africa prefer Italy, but it is often difficult to identify their precise countries of origin because many of them refuse to be identified by the Italian authorities for fear of not reaching their final destination. They are mostly people fleeing from danger or conflict, and usually with a low level of education: so, it is a situation diametrically opposite to that opted by Germany. Therefore, here comes again the problem of the multi-speed European Union, and it emerges over the EU’s biggest ever refugee crisis, failing to come up with common policies.

During last EU summit (September 24, 2015), European leaders decided to throw money at aid agencies and transit countries hosting millions of Syrian refugees and to step up the identification and finger-printing of refugees in Italy and Greece by November. According to the European Commission President Jean-Claude Juncker, the number of refugees may not be a problem for the EU, which has the capacity and experience to deal with the current migration crisis. Moreover, he added that the Middle Eastern countries such as Lebanon and Jordan are embracing millions of refugees. Italian Premier Matteo Renzi said that last EU summit marked a major step forward in bringing the bloc towards Italy’s position on tackling the refugee crisis, stating that it has been a milestone, especially for Italy. The relocation of some 120,000 refugees from the Middle East arrived in Italy and Greece was the main topic of debate in recent weeks, bringing the European institutions once again together to find the right solution.