The European Commission has opened a formal investigation into Google to ascertain whether or not the company’s operating system, applications, and services have breached EU anti-trust rules. The Commission is seeking to figure out if Google has engaged in anti-competitive activities in its business philosophy and has tried to abuse what is a dominant commercial position in the European market. This formal inquiry actually goes back five years, when the EU was concerned primarily with Google’s dominance over the advertising search market (at the time it controlled 95% of the EU).

The European Commission has opened a formal investigation into Google to ascertain whether or not the company’s operating system, applications, and services have breached EU anti-trust rules. The Commission is seeking to figure out if Google has engaged in anti-competitive activities in its business philosophy and has tried to abuse what is a dominant commercial position in the European market. This formal inquiry actually goes back five years, when the EU was concerned primarily with Google’s dominance over the advertising search market (at the time it controlled 95% of the EU). The current incarnation of the inquiry now focuses on three main points:

1. Whether Google has illegally hindered the development and access of rival mobile applications.

2. Whether Google has prevented smartphone and tablet manufacturers from developing and marketing modified and potentially competing versions of Android.

Google has always refuted such charges, boldly declaring things like it is ‘not the gateway to the internet’ and that it was not true that Google would ‘promote its own products at the expense of its competitors.’ It is this last aspect which brings a bit of the surreal into the situation and should leave any sane thinkers of commercial activity in Europe shaking their collective heads.

Companies built upon the prevalence of the internet have always benefited from what I consider to be a bit of false praise. Whether you want to call them social media platforms, internet service providers, mobile application purveyors or any other semi-technical fancy phrase, the one simple reality of all such entities like Google is this: it is a BUSINESS. The point of business is to be successful. The best success is one that is maximized and leveraged. This by default means earning a dominant position, in which there may be rivals and competition, but such challenges never amount to severe problems or damage to the company’s bottom line. ‘Internet companies’ have helped themselves over the years by creating a brand image that emphasizes freedom, access, information, and connectivity. Indeed, in America we often call this ‘drinking the Kool-Aid,’ which means you buy into your own propaganda. Companies like Google and Microsoft have always been quite enthusiastic about drinking their own Kool-Aid, believing they are somehow not just businesses, but something more, something more valuable and more productive for the overall growth and functioning of free societies all over the globe. It is indeed a wonderful brand image to develop. It also happens to be inaccurate. 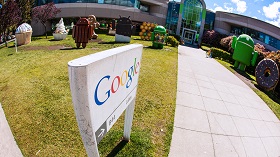 As long as Google or Microsoft dominated their respective markets it was easy to focus and proclaim how much ‘more than a business’ they were. Inquiries like the present EU investigation call this mythology into question. First instinct is always to deny. But let’s examine the statements made by Google more objectively: Google, an ‘internet company’ that specialized on being the first portal for consumers to think of when it came to internet access, does not want to be ‘the gateway to the internet?’ Of course it does. It is almost ridiculous to consider the alternative. Second, as Google began to grow and succeed and diversify its holdings, services, products, and applications, it doesn’t want to promote such products and services over other competitors? Again, of course it does. Because if what the Google chairman said was true it would mean Google is literally acting against the fundamental axiom of basic business, indeed of capitalism itself. Which subsequently means Google is acting against Google. Which version of reality seems more likely: Google acting against itself or acting against all possible rivals and competition? A more rhetorical question has never been asked.

This leads to a fascinating philosophical commercial question that has different answers across the globe: WHO EXACTLY is responsible to guarantee greater competition and choice in the market? Should that competition be ‘facilitated’ by government watchdog agencies, because businesses inherently cannot be trusted to engender true rivalry and consumer choice, or should it be a much more ‘organic’ process, Darwinian even, where only the best ideas, products, and organizations survive to provide consumers the best choices? America has often prided itself on being in the latter school of thought (though anyone who looks closely at American economic policy knows this is not entirely true) while Europe more staunchly sees itself in the former. These are the dual dilemmas secretly hidden under the layers of the EU inquiry into Google. On the one hand, Google is trying to maintain and secure its brand image of the benevolent and benign Goliath. Not a marauder inflicting damage to the market and consumers, but rather a friendly giant that should be appreciated and left alone. On the other hand, the EU is trying to stand on its own brand image as protector of the people and guarantor of true commercial freedom. Not an overly meddlesome bureaucracy whose good intentions only cause market retardation, but the framework to keep the system functioning more productively and fairly.

The final irony in all of this is that while this is truly a battle between two Goliaths, one commercial and the other political, BOTH will try to portray themselves as David fighting against injustice. Be wary, Europeans, whenever actors with pockets deeper than the ocean depths themselves both cry ‘woe is me.’ In such cases the only woe is usually your own.

Rate this article
Share this article
FOLLOW THE LATEST DEVELOPMENTS
Tags
Europe, European Commission, Google, Android
Reader's choice
HideShow
Is a Marshall Plan for Ukraine possible?
Mutual Warning: What Ended the Short Cyberspace Detente Between Russia and the United States
The Nuclear Triad: Alternatives from the Days Gone By and Possible Futures
Dare Question Support for Ukraine
Liz Truss Is But a Symptom of Britain's Political Failures