EEU-Vietnam Free Trade: the Devil Is in the Details

On May 29, 2015 the Eurasian Economic Union and Vietnam signed an agreement to establish a free trade area, a first for the EEU. Although significant, the arrangement seems to involve a lot of technical gaps requiring further work, with 10-15 years needed to complete the tasks and reaching the stated trade targets. We approached RIAC expert Vladimir Mazyrin, Doctor of Economics and Head of Center for Vietnam and ASEAN Studies at the RAS Institute for Far Eastern Studies, to learn more about the agreement.

On May 29, 2015 the Eurasian Economic Union and Vietnam signed an agreement to establish a free trade area, a first for the EEU. Although significant, the arrangement seems to involve a lot of technical gaps requiring further work, with 10-15 years needed to complete the tasks and reaching the stated trade targets. We approached RIAC expert Vladimir Mazyrin, Doctor of Economics and Head of Center for Vietnam and ASEAN Studies at the RAS Institute for Far Eastern Studies, to learn more about the agreement.

Why did Vietnam express interest in a free trade area with the EEU?

International integration has become Hanoi’s key motto in foreign trade policy, which aims to join all accessible free trade formats. To this end, the Vietnamese have a considerable amount of experience in this area, and the latest deal before the EEU agreement was signed with South Korea. Russia can learn a lot from them. However, there is some controversy around this issue. Parallel FTAs with the European Union and the EEU may spell trouble for Vietnam because technical barriers differ and adapting products and certificates to the two sets of requirements at once is extremely complicated. Hanoi would certainly be happy to obtain preferential access to the new extensive market represented by Russia plus other EEU members, with their total of 180 million consumers. While Vietnam's trade with Russia is quite impressive, although 10 times less than that with the United States, the share of others is negligible. Vietnam has obtained extra benefits and incentives for trading with some EEU members beyond the WTO, because Vietnamese goods had been taxed there above WTO preferential rates. A free trade area means a WTO-plus format because its entry barriers are below WTO levels. Hence, adding such partners to Russia within a common market, Hanoi is doubling its gains. The same refers to the reverse flow of goods, with countries such as Kazakhstan receiving duty-free or preferential access to the Vietnamese market.

How do you see a reciprocal opening up of markets working? 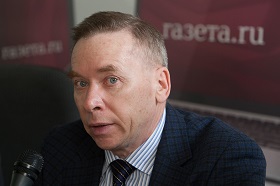 In fact, this has already started, and the transition to free trade is well underway. Signing the agreement, the parties drew up a liberalization schedule and specified particular goods. Of course, there is a formal threshold, as the sides must ratify the agreement that will become effective 60 days later. The summer session of Vietnam's National Assembly has opened, so this ratification can be expected any time in the next two months. As for EEU states, things seem less clear, although I don't see any reasons for procrastination.

Fast-track liberalization is based on a principle present in many FTAs, such as that between Vietnam and South Korea. Time is given to harmonize mutual requirements for certification and quality of certain goods and temporary exceptions on sensitive items that are to be lifted after an agreed period of 10-15 years.

Are there unresolved issues?

Global practice and statements by Russian officials and the Eurasian Economic Commission indicate that the future FTA involves a new comprehensive format of relations, which in addition to trade in goods and services, provides for mutual investment, labor movement, and information and technology exchanges. Initially, all these activities were to be codified but the document signed covers only trade in goods. According to experts involved in the talks, time was too short to harmonize all other matters due to the recent accession of Armenia and Kyrgyzstan to the EEU.

To bolster the agreement, Russia and Vietnam separately signed protocols on the liberalization of trading services and investment, leaving the labor exchanges beyond the agreement framework. The admission of Vietnamese labor to the Russian market is a very sensitive matter that may actually require changing the entire Russian migration policy, which is unlikely. What is important is that the FTA agreement allows the accession of other EEU members to the protocol at a later date. So far, the agreement may seem limited in scope but it will be augmented and refined.

What items are on the exception list? What goods can we expect on the Russian market? Are they in high demand?

Russia no longer supplies Vietnam with machines and equipment in its previous volumes and has virtually switched to commodities and first-stage processing items.

Vietnamese exports to Russia will hardly alter in range but the volumes should grow, although not for all items. Twelve percent of all goods, both Russian and from other EEU countries, have been included in the exception list. So, the other 88 percent will have either zero or radically lower duties. Whereas now Vietnamese goods are rated at 10 percent on average, by 2025 this will have been slashed to one percent. Sufficient time seems to have been allowed for the barriers to fade.

There is also a quota system. Along with sensitive goods, which will be taxed as before, there are also untaxed items that can be imported in limited quantities. This is an innovative feature that extends preferences and protects national industry simultaneously. This agreement provides for duty-free deliveries of 10,000 tons of rice annually, i.e. one shipping. Any excess will be taxed. This quantity will hardly affect the Russian market but will stimulate the purchase of Vietnamese staples.

The sensitive exception list also includes garments, coffee and tea, all of which are in huge demand in Russia. Vietnam will also delay duty cuts in some imports from the EEU. For example, Russia was eager to have lower duties on semi-knocked-down autos, since during his last April visit to Hanoi Prime Minister Dmitry Medvedev got an agreement on assembly of some Russian vehicles in Vietnam. However, zero duty will be extended in 10 years’ time. Now it stands at 70 percent, which is a prohibitive level.

Will the FTA change the structure of Russian-Vietnamese bilateral trade? 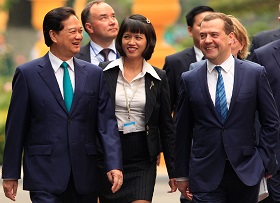 Let me first make one very important point. Traditional perceptions of the bilateral trade structure are obsolete, as it has substantially worsened for Russia. Russia no longer supplies Vietnam with machines and equipment in its previous volumes and has virtually switched to commodities and first-stage processing items. In turn, Vietnam has shifted from produce and seafood (which once dominated) to high-tech, with microelectronics accounting for two thirds of Vietnamese exports.

I hope that lower barriers for Russian industrial goods will promote their sales in Vietnam to compete with Japanese, South Korean and Chinese firms that currently dominate the market.

Will any Russian and Vietnamese sectors be hit? And if they are, will the governments help them out?

This seems unlikely because the parties have taken steps to protect their national interests. Russian experts feared that if Vietnamese rice or garments are sold untaxed, the equivalent Russian sectors, say rice production in Krasnodar area, will lose profitability. Hence, sensible restrictions have been imposed.

Vietnam’s sensitive list includes rolled steel, which 10 years ago had been purchased in Russia in huge volumes. But they have been extremely successful in import substitution, and instead of net importing, now sell abroad over 1.5 million tons of steel each year.