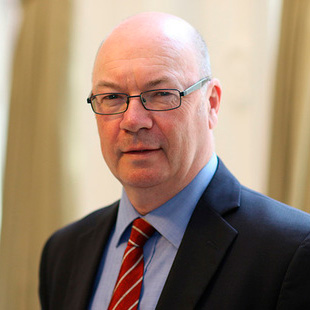 Parliamentary Under Secretary of State at the Department of Social Security 1992–1995, Minister of State, Minister for Disabled People, 1995–1997, Minister for Manchester and Salford 1994-1997.

Member of Parliament for North East Bedfordshire in 2001-2019. In 2010–2013, he is Parliamentary Under Secretary of State at the Foreign and Commonwealth Office for the Middle East, North Africa, North America and South Asia.

Alistair Burt is a member of Her Majesty’s Privy Council since 2013.

He is the UK Commissioner to the International Commission on Missing Persons, based in The Hague, since 2013.

He is on the Council of the European Council of Foreign Relations, a Distinguished Fellow of RUSI and is the Pro-Chancellor of Lancaster University.

The MENA remains highly important, alternately fascinating and frustrating but full of promise and opportunity in a changing world

The UK and Russia in the Middle East: Dialogue is Vital
Vitaly Naumkin, Alistair Burt
Show all