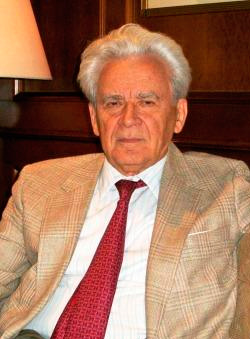 Professor of the Department of Diplomacy at the Moscow State Institute of International Relations (MGIMO) of the USSR Ministry of Foreign Affairs, Ambassador Extraordinary and Plenipotentiary of the Russian Federation.

Served at the USSR Ministry of Foreign Affairs, and was posted in a number of overseas diplomatic missions. Was USSR Ambassador to France, Spain, USA and Ukraine, and also the USSR Permanent Representative at the UN and in the UN Security Council.

In 1994-1999, was Deputy Minister of Foreign Affairs of the Russian Federation.

Member of the Council on Foreign and Defense Policy; Executive President of the Association of Friends of France.

Has authored many publications on diplomacy and international relations.