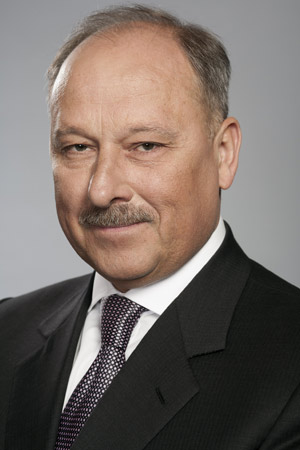 Vice-President of the Russian Federation Chamber of Commerce and Industry. RIAC member.

Corresponding Member of the Russian Academy of Natural Sciences.

Worked as engineer at the State Committee on Foreign Trade of the USSR Council of Ministers. Served in various capacities at the USSR Ministry of Foreign Affairs.

Pursued an academic career at the Institute of World Economy and International Relations of the USSR Academy of Sciences. Later worked first as deputy head and then as head of department at the Ministry of Finance of the Russian Federation.

From 1997 onwards, employed by Vneshekonombank.

Member of the BODs of OJSC United Shipbuilding Corporation and OJSC Aeroflot; Chairman of the Board of CJSC Globex Bank.

Vice-President of the Russian Federation Chamber of Commerce and Industry, RIAC Member