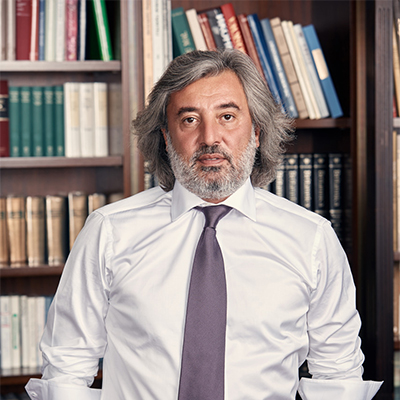 Fares Kilzie (born June 4, 1968) is an entrepreneur and Chairman of Creon Capital.

In 2016, Kilzie took the lead in the establishment of a direct investment fund, Creon Energy Fund SICAV-SIF, focused on investments in the chemicals sector in the Russian Federation. The Fund is investing in the projects at their initial stage, in growing and expanding Russian and CIS companies, as well as in eco-projects of 'green' economy and alternative energy, which are in line with international ESG standards. The managing company and the unlimited partner is Creon Capital S.a.r.l. with the head office located in Luxembourg. The partners of Creon Capital are Intertrust, Ernst & Young S.A., Arendt & Medernach S.A. and Alfa Asset Management Europe.

In 2014, he founded, jointly with World Wildlife Fund Russia (WWF), the Environmental Transparency Rating “Rational Approach”. The project encourages oil and gas enterprises to protect the environment and run sustainable and socially responsible businesses in the post-Soviet area.

In 2012, Kilzie took charge of Creon Group, founded by him in 2002, which has been the official adviser of the Ministry of Economic Development of the Russian Federation throughout several years, in particular in the classification of questions regarding liquefied hydro carbonic gas, which is considered to be the basis for customs-tariff regulation.

In 2001, Kilzie established the first independent industry-specific information agency RCC.ru (Russian Chemical Consulting), which has become one of the most authoritative corporate information portals in Russia in the area.

In 1996, he was appointed Managing Director of Faba Chemicals GmbH, where he was engaged in development and implementation of projects on optimization of direct supplies of raw materials from Russia and CIS countries with arrangement of project financing, insurance of project risks in Russia.

In 1993, he started at the Moscow Office of Anas Group. In 1995 he was appointed Managing Director of the Company, whose duties included estimation of competitive environment and competitiveness of manufacture of chemical production at the level of countries, regions of Russia and countries of the Central and Eastern Europe, as well as drawing up of reviews on condition and development prospects of separate chemical companies and enterprises.

Kilzie speaks fluent Russian, English, German, Arabic and Spanish. He is married and has six children.

Despite the long-sustained foreign policy rapprochement, Russia and China are far from fully utilizing their bilateral economic potential

Beyond Being Friends: Russia and China Need an Exclusive Trade Deal
Fares Kilzie
Show all

Interview with Fares Kilzie, Chairman of the Board of Directors of CREON Group and RIAC member