Optimistic about the meeting between Russian and American Foreign Ministers

A meeting between the Russian Foreign Minister Sergey Lavrov and the U.S. Secretary of State Antony Blinken was held on 19 May 2021. It was the first high-level interaction between the U.S. and Russia since President Joe Biden took office, which comes amidst heightened tensions between the former Cold War adversaries. The geopolitics was worsening rapidly, and the danger of a third World War has increased tremendously. 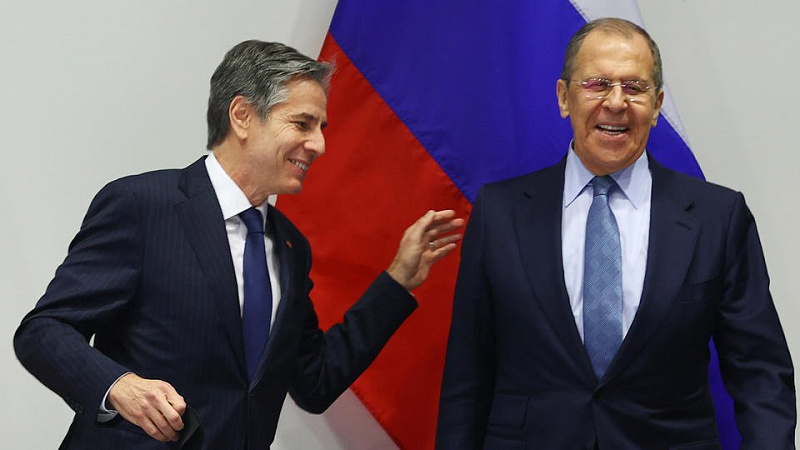 The situation in the Middle East, the Iran-U.S. tensions, the China-U.S. rivalry, India-China border disputes, tensions in the South China Sea are all matters of grave concerns. Above all, President Joe Biden’s unexpected remarks about President Putin were also of such concern. It seems the world is being pushed into more chaos, uncertainty and war-like situations.

Under such circumstances, the meeting between the two foreign ministers was in the spotlight of attention for the whole world. Although there were no significant breakthroughs immediately, being optimistic, I would say that it was a positive step in the right direction. It can be just a beginning and a hope for better developments in the near future.

Both sides were honest enough and brave enough to acknowledge the severe differences and blaming each other openly. A range of issues were discussed, including domestic, mutual, and global issues. The best thing was that both sides agreed to keep the dialogue open and continued in the future and agreed to resolve all the problems through dialogue, politically and diplomatically in an amicable manner.

I believe having differences is natural and very much logical, but the important thing is that there is nothing that cannot be resolved as long as we engage each other in a positive dialogue. Most of the issues are based on misunderstandings and different perceptions. While we engage in table talk, many things will disappear as the understanding of each other’s point of view is conceived and understood well. I believe when there is a will, there is always a way. It seems that both big powers understood the need to understand each other and agreed to the protection of human lives globally. The meeting was so cordial that it took longer than the planned time, with the parties willing to talk more.

It may not be easy to overcome all differences at once but dialogue is the only solution to settle all issues in the long term.

Russian Foreign Minister said at the press conference, “We have agreed to continue joint efforts, ones that are going ahead with sufficient success, on regional conflicts, where Russian and U.S. interests coincide: the nuclear problem of the Korean Peninsula; the efforts to restore the JCPOA on the Iranian nuclear program; and Afghanistan, where an extended Troika, including Russia, China, the United States, and Pakistan, is operating actively. We discussed how we could make all our joint actions more effective at this stage. The meeting was held following the telephone conversation between Vladimir Putin and Joe Biden in April of this year. I hope they will map further ways for joint efforts to rectify the clearly abnormal situation in bilateral relations.”

After this meeting, the world view is optimistic, tensions in global politics could be expected to cool down, and some of the issues may resolve soon. The most immediate impact was the ceasefire between Israel and Hamas.

It is desired that the working relations between the two big powers may improve so that they could work together for permanent peace and stability in the Middle East and the rest of the world. Both countries may support reforms in the United Nations and strengthen the UN and its charter. The UN must be functional in its original spirit to fully achieve its goals and objectives. Close cooperation may end the Cold War mentality forever.

While two big powers are in a good mode of communication, many small and medium-sized countries will learn and follow them to overcome their disputes and differences with neighboring countries. The meeting between the two Foreign Ministers may prove the first step to turn the whole world into a better place to live for our next generations.