Waiting for the 20th National Congress of the Communist Party of China: ﻿What is It and Why is the Whole World Watching?

The entire world community is waiting for the 20th National Congress of the Communist Party of China (CPC), which will be held in Beijing on October 16, 2022. The meeting will oversee the appointment of new members to the Party Central Committee, the Commission for Discipline Inspection, as well as CPC's Politburo and its Standing Committee.

At the seventh plenary session of the 19th Party Central Committee, held on October 9, 2022, the current Party leader, Xi Jinping, delivered a progress report on behalf of the Politburo of the Central Committee. Assessing the country’s tremendous achievements over the last 40 years, the “policy of reform and opening up” aided in eradicating poverty, achieving zero tolerance for corruption, improving the environment, and developing the latest “green” technology. Additionally, the effective anti-pandemic measures and, in this regard, the prompt support of the economy shows that the Party has indeed managed to implement programs to improve China’s model of governance, rather than just announce them. This clearly reflects the CPC’s firm leadership and ideological commitment to its ideals. 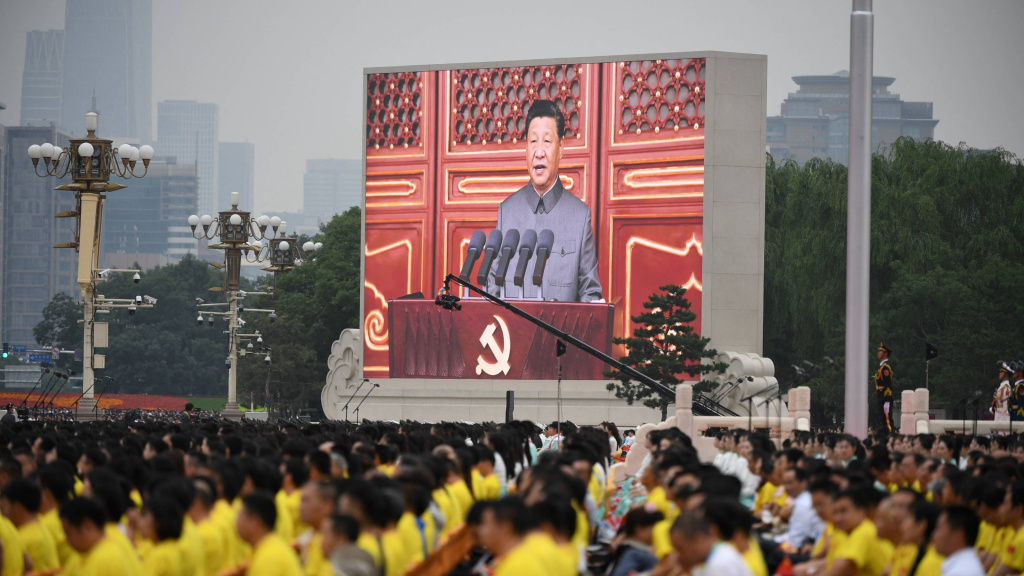 In 2022, 2,300 delegates have been elected through 38 polling stations across the country to attend the Congress. The main objective of the Congress is to present a road map for the country’s development over the next five years and determine the long-term tasks necessary to achieve the concept of “Common Prosperity”. This is especially important to Chinese society and has been the core idea of the Party since its inception. In addition, the upcoming Congress will see an amendment to the CPC’s constitution, a draft of which was presented to the plenary session by Wang Huning.

China’s current leader, Xi Jinping, regularly mentions in his speeches the importance of developing a governing body that is in line with a people-oriented ideology. He also highlights the importance of achieving victory over China’s “three hard battles”: eradicating poverty, preventing financial risks, and combating air pollution.

Ever since he took office in 2012, Xi Jinping has declared poverty eradication a necessary requirement for achieving “Common Prosperity”. In 2017, during a Politburo meeting, Xi Jinping outlined a deadline for achieving this goal — 2020. By the end of 2020, after over 40 years of economic and social reforms, the country’s leadership had managed to lift 99 million people out of poverty in 832 counties and 128,000 villages, and significantly reduce the economic gap between the rural and urban population. China is the only country in the world that managed to achieve the first of the United Nation’s Sustainable Development Goals (SDG-2030).

The government is stimulating the economy to create jobs, initiating occupational retraining and employment promotion programs, and guaranteeing access to compulsory primary education for all children in remote communities. Once poverty has been eradicated, the economic status of the areas and population which have recently emerged from poverty is monitored and a grace period is maintained during which they are supported. Access to education, employment, provision of health services, nutrition, clean water, and sanitation have improved considerably in recent years.

China cannot develop in isolation, nor can the world develop without China. The phenomenon of the economic “Chinese miracle” gives hope and sets the bar for countries which are still searching for their own development course.

China’s rapid economic recovery after the 2008 Global Financial Crisis and the coronavirus pandemic has shown that China can act as a world market stabilizer, while also being the world’s second largest economy. In 2017, given the country’s fast-growing economy, the China Financial Stability and Development Committee was established to oversee that the market functions sustainably, and to prevent possible risks.

According to the latest data provided by the State Council Information Office (SCIO), from 2013 to 2021, China’s GDP grew at an average annual rate of 6.6%, exceeding the global average growth rate of 2.6% and outpacing developing countries by 3.7%. In addition, the total value of Chinese goods and services reached $6.9 trillion in 2021, and China continued to rank first in the world.

During the 2022 July meeting of the Politburo of the CPC Central Committee, the current economic situation was analyzed and the key areas for the state’s economic development were identified, with a focus on macroeconomic policy: this includes narrowing the wealth gap between population strata, supporting enterprises, the industrial and agricultural sector, and the creation of a solid economic environment for ensuring decent living standards and investment prospects.

The “green” agenda is particularly important for China, given that the country’s development over the last 40 years of economic and social reform has been closely related to the increasing demand for energy resources. This has caused significant environmental problems: air and water pollution, soil quality deterioration, and biodiversity loss.

In response, China is now ahead of the world community in developing state-of-the-art “green” technologies, ranking first in the world in terms of production of vehicles and electric buses which use new energy sources. It is also leading in generating alternative energy from wind, sunlight, water, and other biomaterials, which accounts for 25.5% of total national energy consumption for 2021, according to the National Bureau of Statistics of China.

According to the China Electricity Council estimates for 2022, carbon dioxide emissions per unit of electricity generation nationwide were 35% lower than in 2005. According to the Fourteenth Five-Year National Economic and Social Development Plan, China intends to achieve peak carbon emissions by 2030 and carbon neutrality by 2060 through policy measures.

Technologically equipped and cultural cities where people can enjoy a high quality of life with convenient infrastructure, and a developed system of social services have become more attractive to scientists, businessmen and immigrants.

What to Expect from the 20th Congress

In today’s world, China is an established player in the international arena and an active member of influential international institutions such as the United Nations, the Shanghai Cooperation Organization, BRICS, and the G20. China is now a state that is listened to, desirable to work with, and respected. China’s economy has a high chance of coming in top place in the rapidly changing world. A few years ago, China’s interests were perceived by other countries as secondary, but now, thanks to its willingness to engage in dialogue and its continuous economic and technological growth under the competent leadership of the leading party, China is treated “as the chosen one.”

China’s increasing international influence is changing the paradigm of the system of international relations, and the Chinese government is aware that the next five years will bring new opportunities, and with them — new challenges; China faces both provocations in geopolitical struggles and increasing global problems which it will need to diligently respond to.

It is likely that after the Congress we will hear about new projects to improve China’s national defense, develop innovative technologies in urbanization and ecology, modernize agriculture, expand initiatives to increase people’s incomes, strengthen the economy, and the “soft power” of the country by making China more open to investment and cooperation. China will continue developing at its own pace. Looking forward to the outcome of the Congress, we can quote Xi Jinping’s own words from his 2017 report: “The future fate of the political party and regime depends on the sympathy of people’s hearts toward it.”

Certainly, the 20th National Congress of the Communist Party of China will be a new page in the annals of building a prosperous socialist country with Chinese specifics; where society is central to the state, the law represents its interests, the “Chinese dream” of the general welfare and the renewal of a Chinese nation is absolutely feasible given the realities of a shifting new center of international influence.