The Dangers Of Parachute Journalism

A little learning is a dang’rous thing; drink deep, or taste not the Pierian Spring. (Pope)

Hot on the heels of an article by a Henry Foy, entitled ‘Russia’s death toll likely to be far above official tally’, published in Nikkei Inc.’s The Financial Times (once known for its balance and seriousness) on 13 May, comes another new Cold War ‘report’ – devoid of analysis – in the same newspaper, entitled – more in the style of a tabloid paper than a serious one – ‘Moscow on the Med: Cyprus and its Russians’, and dramatically sub-titled ‘As tensions between the Kremlin and EU rise, the tiny island has become a Petri dish of western worries’. This is tabloid sensationalism.

The title sets the tone. The reader is meant to assume, without any evidence offered, that tensions between the EU and Moscow are rising, and that Cyprus is a ‘Petri dish’. For those not in the know, a‘Petri dish’ is a dish for the culture of micro-organisms; but it also means – viz. The Urban Dictionary – a way of bamboozling friends, and even enemies; and worse, rather insulting into the bargain. The writer of the article, a Michael Peel, is bizarrely now the Financial Times ‘European Diplomatic Correspondent’. However, he is no fool, having studied chemistry at Trinity, Oxford, and written for Granta, The New Statesman and London Review of Books. He has even written a book.

It is therefore sad when an apparently experienced journalist has to make a pot of money by writing a piece that is seriously misleading and unbalanced, without evidence of professional research. Although the article avoids any inaccuracies, it is remarkable for some serious omissions, making the author himself a ‘Petri dish’. We need to make the following comments to re-establish some balance.

First, there are far fewer Russians living in Cyprus (he mentions around 10,000) than British, who number around 70,000. He also forgets that there are 40,000 Turkish troops illegally occupying the North of Cyprus, plus a far higher number of illegal settlers. 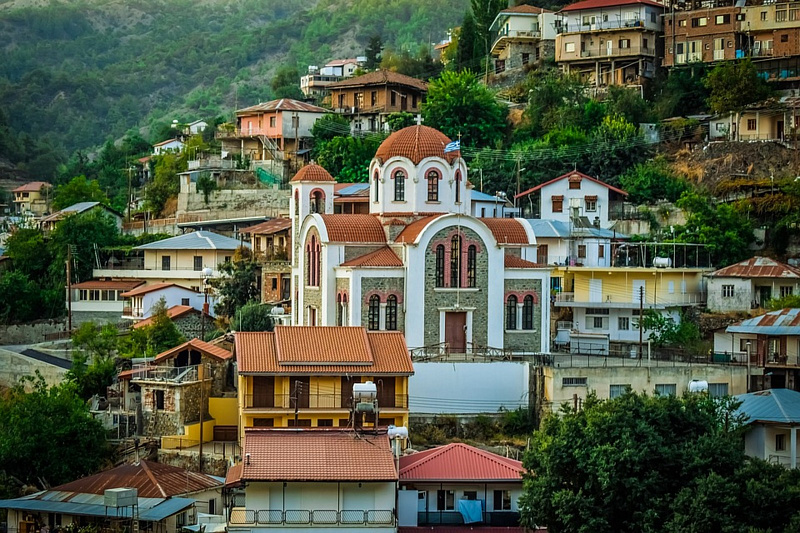 Second, while he goes on about Cyprus’ financial dealings with Russians, and ‘golden passports’ – even managing to connect all this to the Magnitsky-Browder affair – , he does not mention that the occupied North houses some of Britain’s most wanted criminals, that makes any comparison with the Republic of Cyprus make the latter look like a Girl Guides tea party on a Sunday afternoon. He also avoids mentioning the corruption in various British offshore tax havens such as Gibraltar, Cayman, the Virgin Islands and Bermuda. In fairness to him, he does at least admit that most ‘bloc member states’ (he means EU states) offer “golden visas” to investors that grant a right of residence to the wealthy and give a route to nationality.

Third, his potted history of Cyprus says that Cyprus won independence in 1960, forgetting that Cyprus’s ‘independence’ was qualified by Britain’s rights, which make a mockery of serious sovereignty. The whole complicated and abortive ‘independence package’ was predicated on Britain keeping almost 3% of Cyprus as military bases, listening posts in the bases and elsewhere, and various overflight rights and rights of military passage. Only much later in his article does he bother to mention that Cyprus still hosts two large British military bases (now American in all but name) dating back to colonial days.

Fourth, while saying that Russia ‘wishes to expand its Mediterranean influence’, and mentioning American pressure on Cyprus to cancel a deal whereby Russian ships can call at Cyprus ports, he seems ignorant of the fact that Cyprus has signed a similar deal with France, and also of the fact that Russia’s aim is to combat terrorism, in tandem with the US.

Fifth, his assumption in the sub-title that EU-Kremlin tensions are rising is not backed up. Some would argue the opposite, given the co-operation between Russia and Germany over the Nordstream gas pipeline, and France’s recent call for improving relations with Russia.

Sixth, he later mentions ‘deepening tensions within the EU on how to deal with Putin’. He may have a point there, but does not offer the reader even a tad of explanation, preferring to pad his article with an otiose interview with a youngish and glamorous wheeler-dealer girl. The tension exists mainly because of Poland’s loathing of Russia, and willingness, desperation even, to allow American nuclear missiles on Polish territory, something which both France and Germany would oppose.

The article’s saving grace is that Peel did at least interview the president of Cyprus, and allow him to explain and defend his one-third occupied country.

In sum, the article is an example of the pitfalls of parachute journalism, especially when there is a political new Cold War agenda. One of Peel’s co-authors is Henry Foy, the very author (see above) of the unfounded assertion that Russia’s death toll will be likely to be far above the official tally. The Washington hawks will be happy with the article, at least.
First published at defenddemocracy.press
Share this article