“We’re rewarding Putin with a summit?” questioned Ben Sasse, a Republican Senator from Nebraska who serves on the Senate Select Committee on Intelligence, demonstrating the significant opposition, particularly from the Republican party, to the announcement that there would be a summit between Presidents Biden and Putin on June 16th in Geneva, Switzerland. Both the Kremlin and White House press releases announcing the summit suggest that the purpose for the meeting is to focus on the stability of U.S-Russian relations and to launch discussion of an assortment of pressing issues. 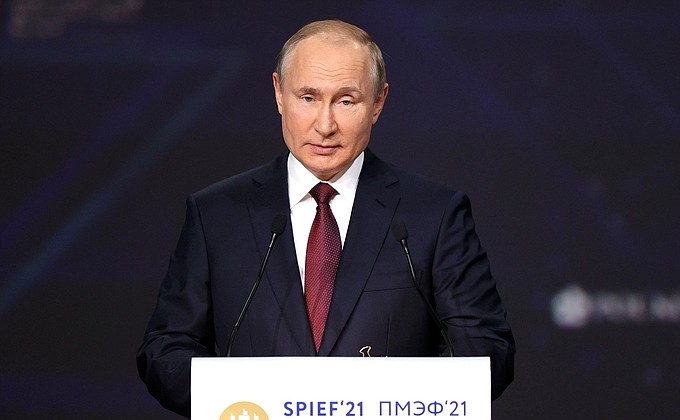 The announcement follows a string of decisions by President Biden in which Republicans feel that the U.S. President is being too amicable and lenient towards Russia and President Putin. For example, Republicans opposed the Biden administration’s decision to lift sanctions on the executive leading the Nord Stream 2 project, which experts believe could be an immensely significant geopolitical haul for the Russians. The project is already more than 95% complete, and despite U.S. Secretary of State Anthony Blinken at one point detailing his intention to stop the completion of the project, Biden’s decision resembles an attempt at building up some goodwill with his Russian counterparts.

Similar to Senator Sasse’s assessment of Biden appearing “weak” before the upcoming summit, Senator Bob Menendez—who serves on the U.S Senate Foreign Relations Committee and, like Biden, is also in the Democratic party—reported his belief that Biden was making a mistake and instead needed to “rip off the Band-aid” and continue to pressure Russia. Additionally, the top Republican on the Senate Foreign Relations Committee, Republican Jim Risch, postulated that Biden’s decision on the Nord Stream 2 project would simply lower Biden’s leverage entering the upcoming summit. While Biden may have given up political ground with the decision, he also seemingly wanted to avoid causing a rift with an important U.S. ally—Germany—if he maintained the sanctions.

Whatever Biden’s motives may have been, these decisions by Biden towards Russia ultimately indicate the stark contrast between Biden’s approach to foreign policy with the Russians and President Donald Trump’s. In the words of President Biden himself during a press conference on May 25th, “In case you haven’t figured me out by now, I never negotiate in public like others. That’s why I’m relatively successful in getting things done.” President Trump was very open with his negotiations and focused on maintaining his reputation as being tough on foreign leaders when negotiating for the United States. Biden, on the other hand, as he alluded to, prefers to work behind closed doors and employs more traditional negotiation tactics, and it is therefore often more difficult to fully comprehend his intentions. While Biden’s decision to ease sanctions on the Nord Stream 2 project appears representative of a more amicable approach toward diplomacy with the Russians, the skepticism that Biden’s willingness to call for a summit has garnered is not necessarily warranted, and the summit could be a paramount, while relatively small, step in the right direction.

One of the first modern era international summits occurred in 1919, when Woodrow Wilson was the first American president to travel abroad to meet a foreign head of state. While the history of summitry dates back several centuries, it truly emerged as a global practice during the twentieth century due to technological advancements leading to easier travel for world leaders. Summits reached a new level of urgency following the development of nuclear weapons and the beginning of the thermonuclear age. With an increased threat to the security of every country, summits—such as the several needed to agree to SALT I or those aimed at helping to ameliorate tensions between India and Pakistan—became paramount to stabilizing the rapidly-evolving global geopolitics.[1] During this period, which essentially started in the middle of the twentieth century, there was an increased role for diplomats under the executive level of government to negotiate on behalf of their country due to the incredible volatility yet vast significance of maintaining effective communication lines between allies and foes alike.

However, world leaders such as U.S. President Richard Nixon—who had a well-known distaste for diplomats—have often demonstrated their lack of trust in the bureaucracy associated with diplomats and their back-and-forth, and summits allow for direct communication between leaders and their counterparts. Historian Elmer Plischke, in his book Modern Diplomacy: The Art and the Artisans, depicted his definition of summitry as diplomatic relations that occur between political officials “above cabinet or ministerial rank,” or others that “qualify by virtue of their official positions.”[2] In other words, a summit is focused on diplomacy for the executive powers of the world to fix global issues.

However, while summits as a general construct have delivered numerous successful agreements, deals, and compromises over the years, there is still some vagueness around the concept due to the lack of a rigid structure within the practice. In reality, the format, timeline, and agenda for a summit are all examples of components that are completely dependent on the individuals who attend and their preferences. Further, while the June 16th summit between Biden and Putin was reportedly proposed with the broad objective to improve relations between the countries, the same term, summit, is used to define the meetings such as the Dumbarton Oaks Conference, Earth Summits, and the Yalta conference—despite the vastly different goals and purposes of each event.

The vagueness of summitry generally opens the door for criticism and general confusion. For instance, if the purpose of the planned June summit were instead to strike a deal on one of the myriad of issues facing U.S.-Russian relations—such as the ongoing Russian conflict with Ukraine—then Biden’s critics would have a stronger argument for their opposition to Biden’s approach and the summit. From an American perspective, Biden should not have given up a crucial piece of leverage before the summit by dismissing sanctions surrounding the Nord Stream 2 project if he had agreements in mind coming out of the summit.

However, defending Biden’s decision, Jen Psaki, the White House Press Secretary, has indicated that the contrary is the case. In response to Republican criticism, she stated that “we don’t regard the meeting with the Russian President as a reward; we regard it as a vital part of defending American interests.” The Biden administration will continue to push the narrative that the summit is simply a tool for Biden’s approach to diplomacy through fostering relationships.

Given the hype and ambiguity that exists with summits given the lack of a concrete historical precedent, there will be immense pressure on Biden to follow through and turn the meeting into a successful use of his time. Biden is attempting to use his strong character to leverage a relationship with Putin in order to deescalate the tensions that are rising with Russia. This places Biden in a rather tricky situation. If he leaves the summit convincing Putin to trust and work with him as a counterpart, he could earn the goodwill necessary for the countries to move together in stride towards stabilizing relations. This is obviously Biden’s intention. However, if he leaves the summit achieving this goal but then Putin subsequently does anything considered inflammatory towards American interests, then Biden’s presidential power and leverage could immediately begin to deflate given his personal stake in the matter.

Ultimately, the upcoming June 16th summit holds immense significance for Biden’s presidency in addition to the state of U.S.-Russian relations, as he has placed his own reputation on the line very early on in his presidency by going against the grain in calling for a summit despite the volatile political climate. Regardless of the criticism he has received, and will continue to receive, the timing of the summit is a bold decision by the American president. If Biden is successful in aligning American and Russian interests, then this could be a watershed in the relationship between the two countries given the last couple of years of building tensions. Either way, this summit will have ramifications for the rest of Biden’s incumbency depending on its outcome.

OTHER RECORDS
A Step in the Right Direction, But Is It Enough?
Mandelbaum William
Tags
Biden, Nord Stream 2, Putin, Russia, USA